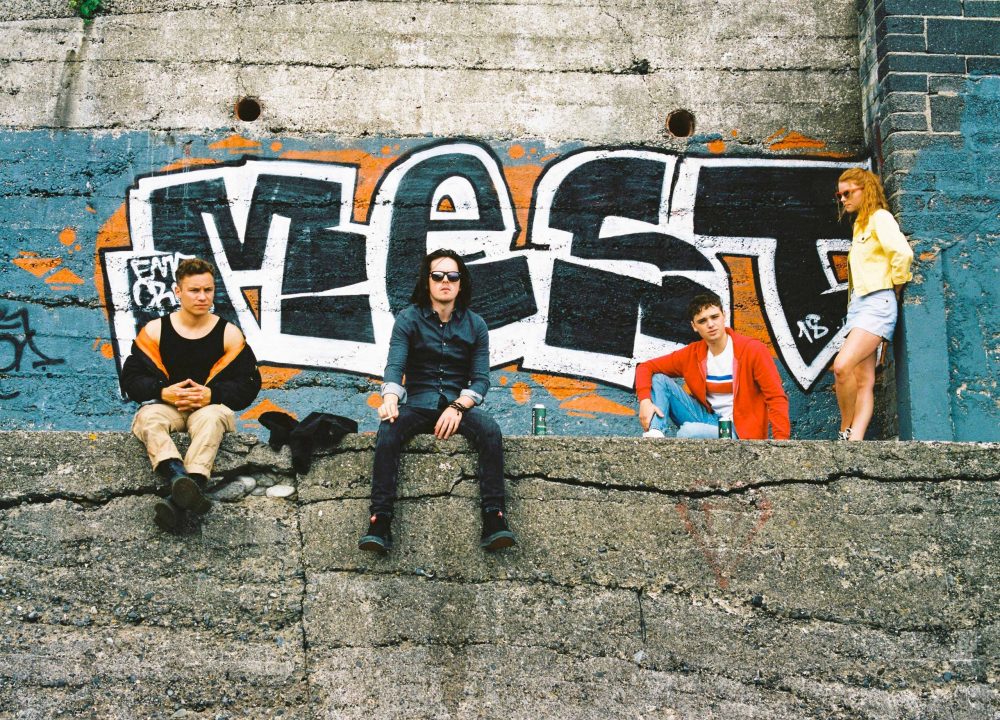 “Here are the young man” is coming to the USA and UK theaters soon. And in this article, we will be looking at when will this film will be releasing and as well as we will look at the recent trailer released. Although this movie has a world premiere in the previous year, this movie is now finally set to release in UK and USA. Here Are the Young Men is an Irish-American drama film, written and directed by Eoin Macken. The film was based upon the novel of the same name by Rob Doyle. The movie had the lead cast as Finn Cole, Anya Taylor-Joy, Ferdia Walsh-Peelo, Travis Fimmel, Dean-Charles Chapman, and Conleth Hill.

The film initially had a world premiere at the Galway Film Fleadh on July 11, 2020. The movie was announced back in August 2018, with Eoin Macken in the director’s seat and the lead cast including Finn Cole, Anya Taylor-Joy, Ferdia Walsh-Peelo, Travis Fimmel, Dean-Charles Chapman, and Conleth Hill, based on the screenplay by Macken and Rob Doyle. In September 2018, Ralph Ineson and Susan Lynch joined the cast, and in November 2019, Travis Fimmel joined the cast of the film.

The Story of Here Are The Young Men

The story surrounds the characters Matthew, Rez, Cocker, and Kearney. The story begins to the point where all the three main characters have finished school. Noe they all are facing the void in the future. They don’t know what to do with their future. For now, they are celebrating their future where they go through their freedom of the unpromising adult reality with the only one to stop them is non-other than them.

Together, Matthew, Rez, Cocker, and Kearney roam through the city of Dublin.  At that point, they are only about their next drink, how to get their next high. Kearney, at one point, even pushes the boundaries in a way that once made him a leader in the group. When all three went on a trip to the U.S. It all turns Kearney’s violent fantasies even darker. Now his other friends should face both the violence within themselves and the limits of their own irrelevance.

Here Are The Young Men Trailer

Below, you could see the link to the upcoming Here Are The Young Men.

What Do The Reviews Say?

The Reviewers weren’t as satisfied by the movie if we  Just go through the reviews. Many states that the movie has some flaws, which we will know more about while reading along. As the famous saying goes by, “Don’t judge a book by its cover”, it is true for this movie as the movie was not that great to what the book was trying to portrait.

The name of both that book and the movie is based on the lyrics of the song ‘Decades’ by Joy Division. The year is 2003 in Dublin, where we see our three main leads leave school and look forward to a summer of parties and drug-takings. Together, the trio did many things, including drop pills in a church, break into a school and cover it in graffiti.

We will then see the uber-cool Jen, played by Anya Taylor.  Mathew soon hooks up with her and becomes a couple. But when they reached America, everything changed. Soon the movie gets more unraveled, which the viewers may have already predicted the future.

Even though this movie had its world premiere at the Galway Film Fleadh on July 11, 2020. The movie is coming to both US and UK. This is because In November 2020, Well Go USA Entertainment acquired the distribution rights to USA and Signature Entertainment for both U.K and the Irish. Here Are The Young Men is officially scheduled to be released in the United States on April 27, 2021, and on the 30th of the same month, we will see the movie releasing in the United Kingdom.

What do you think about the movie? Do you live in the United States or in the United Kingdom? Do you agree with the films releasing at different regions with different timings? We will always prefer a Global release where everyone could see what they wanted to DO let us know your thoughts.