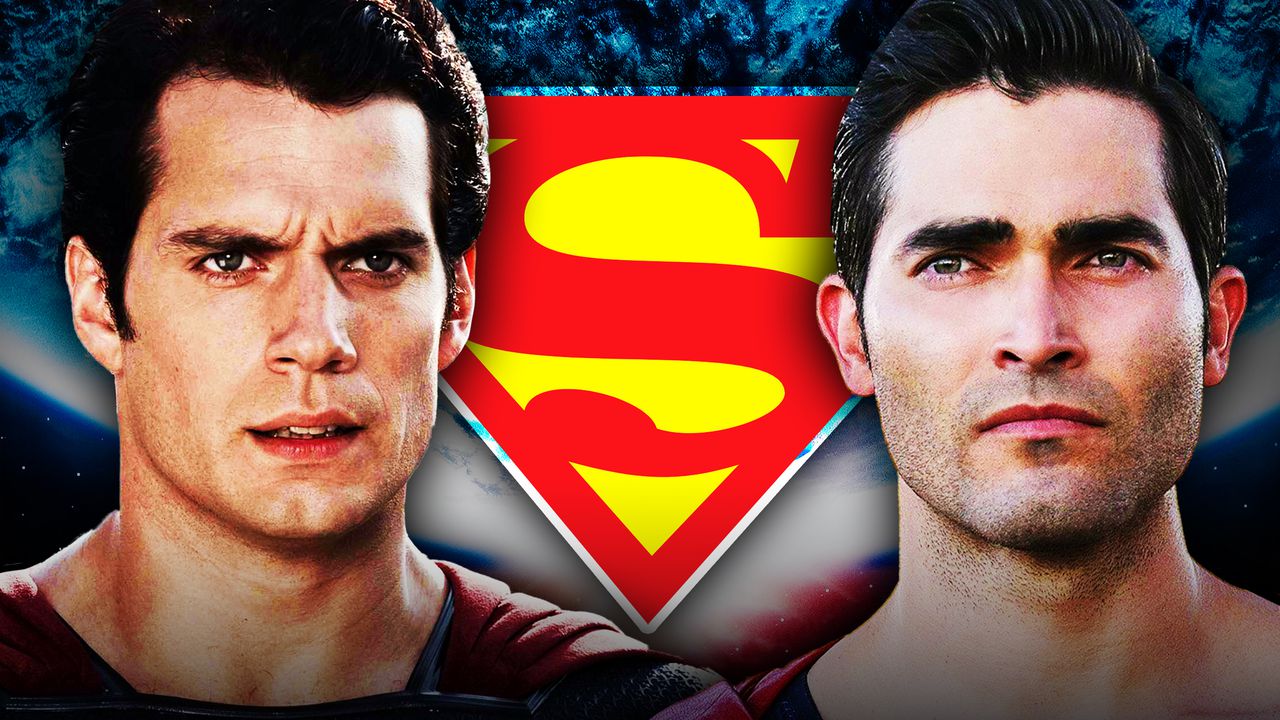 Superman is one of the most recognizable fictional characters in the world. He has become the general template of a superhero, where one would don a cape with the first alphabet of their name imprinted on their chest. Considered one of the strongest, fans often have their views on the character. Currently, we have two live-action versions, one on the TV Series, Superman & Lois, and the other on the cinema screens in the DCEU. Now that we have much screen time for Tyler Hoechlin’s version of Superman, the debates have only fired up as to which is the better version of Superman.

We first got to meet Henry Cavill’s Superman in Zack Snyder’s Man of Steel in 2013. This was a modernized version of Superman which had a morally complex approach to things leaving fans polarised. This was a Superman who grew up in doubt where his parents were much concerned regarding his safety than dwelling the duty to protect mankind. Cavill is able to showcase this sentiment well as his doubts and grievances emanate to us through the screens.

Meanwhile, we got the first look at Tyler Hoechlin’s Superman in the CW’s Supergirl Season 2 Premiere. Tyler’s version is a much traditional one in which Superman is more than happy to be Earth’s protector. Despite the fact that he looks much younger than Cavill, he is portraying a much seasoned Superman. He has been doing the gig for quite some while and now struggles to keep his life in balance. In the show, Superman & Lois, there is an intriguing setting where the couple has teenage twin sons who have just found out about their dad’s secret. Now, Superman must navigate through the emotional territory of his family while fighting off evil protecting mankind. 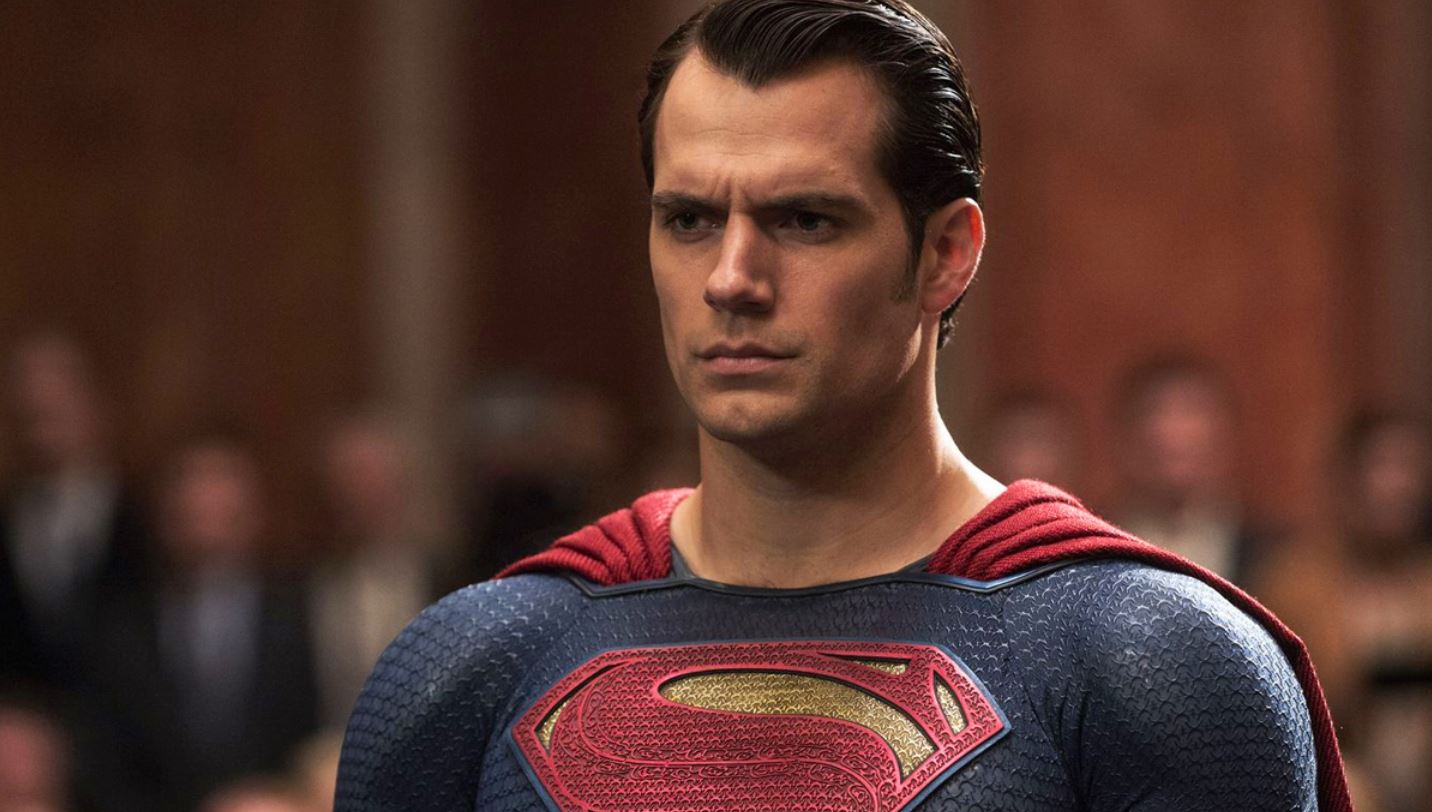 In terms of costume, Henry Cavill gets the nod as Superman. He is a modernized version of Superman who in terms of appearance seems to come right out of the comic books. His version is shown to have lingering doubts regarding his duty and part in this world. He seems to look helpless and doubts if humanity requires his existence. In this scenario where he has a persistent feeling of not being able to make a difference in the world, Henry Cavill portrays this side well where he overcomes the darkness within him. Thus making him a much compelling Superman.

Cavill has only played Superman’s role three times till now. Even so, he has left a significant mark with his performances. MAn of Steel was a revolutionary film that for the first time dealt with the emotional side of a Superhero. Superman deals with his fraught relationship with his father Jonathan Kent. And how he deals with his deep-seated self-doubts as he was about to take his first flight or take on the role of mankind’s protector. He was a farm boy who became a hero. Later, in Batman vs Superman: Dawn of Justice, we see him deal with his guilt of not being able to contain the destruction in his battle against General Zod.

Lastly, working under Zack Snyder gave Henry Cavill’s Superman a much better portrayal. We witnessed amazing shots of Superman where he drags a tanker through the ice or floats down to helpless citizens who are suffering the damages of a flood. Even though Justice Leagued did come out, we are yet to see what Zack Snyder truly meant to bring out through his vision. 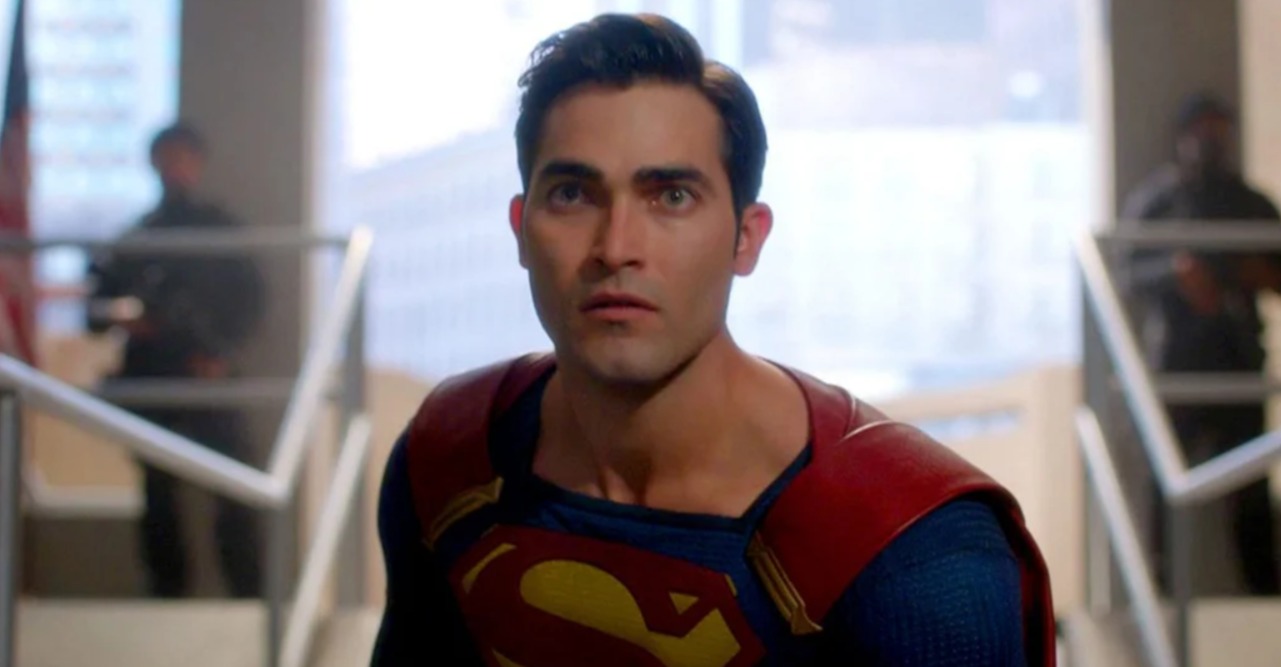 Just as Henry Cavill does a fabulous job as Superman, Tyler Hoechlin is perfectly suited in his role as Clark Kent. His Superman isn’t bad but much is to be seen for his version of Superman to be judged. Unlike Cavill, Tyler’s Superman isn’t clouded with self-doubt in his role as Earth’s protector but instead strives to navigate through the emotional territory of his family.

This has much to do with Superman & Lois’ setting where the couple are parents now. They must deal with the complexities of their relationship with their children. This is a family drama where superhero shenanigans come about occasionally while the challenge of being a parent takes a much stronger role in the flow of the story. This is a family that trusts one another as they share their secrets and know what they are doing. Which is quite a contrast from the guilt-stricken mistrusting cinematic iteration of Clark Kent. In Henry Cavill’s version, we barely get to see any of his interactions or emotions directed towards Lois Lane.

Even though Tyler Hochlin’s Superman has been here for quite some while, there isn’t much depth to him yet. His iteration as Clark Kent seems to be spot on as he has established himself as a capable father and husband. Now, that Superman & Lois has begun, we will soon see more of his superhero antics and possibly he might get a little more interesting. This may in overall turn Superman & Lois into something truly special and must-watch.

Read: DC Actor Confirms That He Wants Henry Cavill Back As Superman

Here are some of the Contrasts between DCEU and CW Superman: 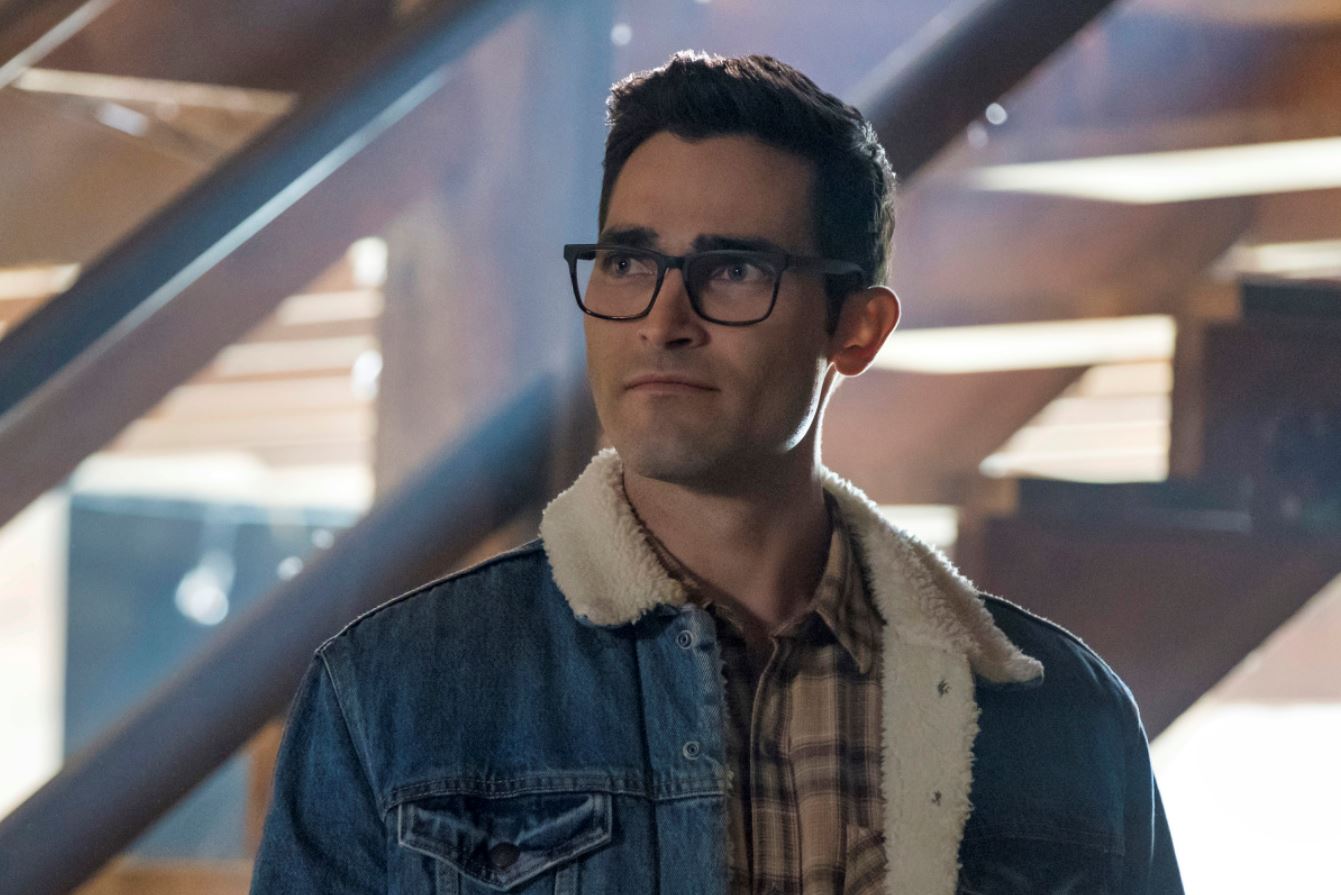 One of the biggest complaints regarding Cavill’s interpretation is that he seems unapproachable. As discussed above, DCEU Superman seems to be conflicted in his thoughts as to what is his role in the world. This puts in a grim outlook for a Superhero who is known as the Symbol of Hope. If this were the case for Batman, it might have been understandable but that isn’t the case for Superman. This is why even though Tyler Hoechlin’s Superman might not look the best, yet is considered a proper portrayal of the character. He is a smiling happy hero who is more than ready to don the cape and go save the day. His interpretation is likable and more approachable as an innocent civilian. 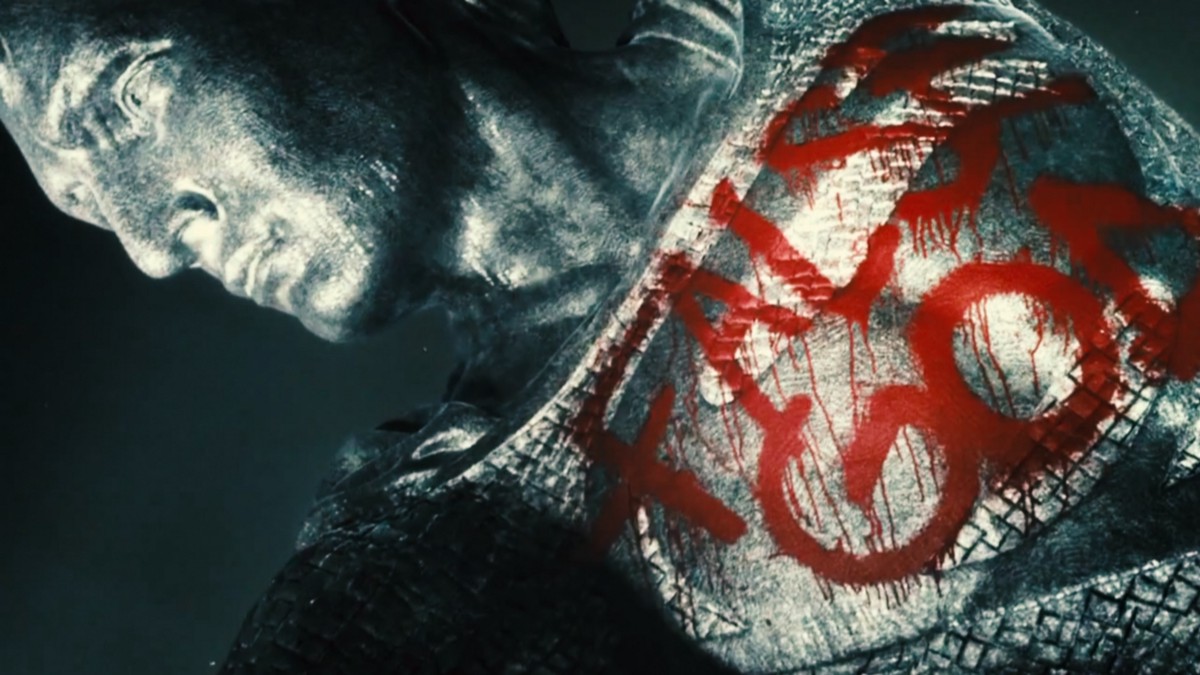 Henry Cavill’s Superman had a major flaw, that was in its poor portrayal of the Symbol of Hope. After the battle against General Zod, Superman was considered a threat by the public which caused multiple protests. His overwhelming strength caused sections of people to worship him as God while the rest call him False God and ask him to go back to his home planet. Meanwhile, as discussed above, Tyler Hoechlin’s Superman is someone truly inspirational. He interacts and reassures people as he builds a connection with them. Making him a much better ‘hero’ who people love and respect. 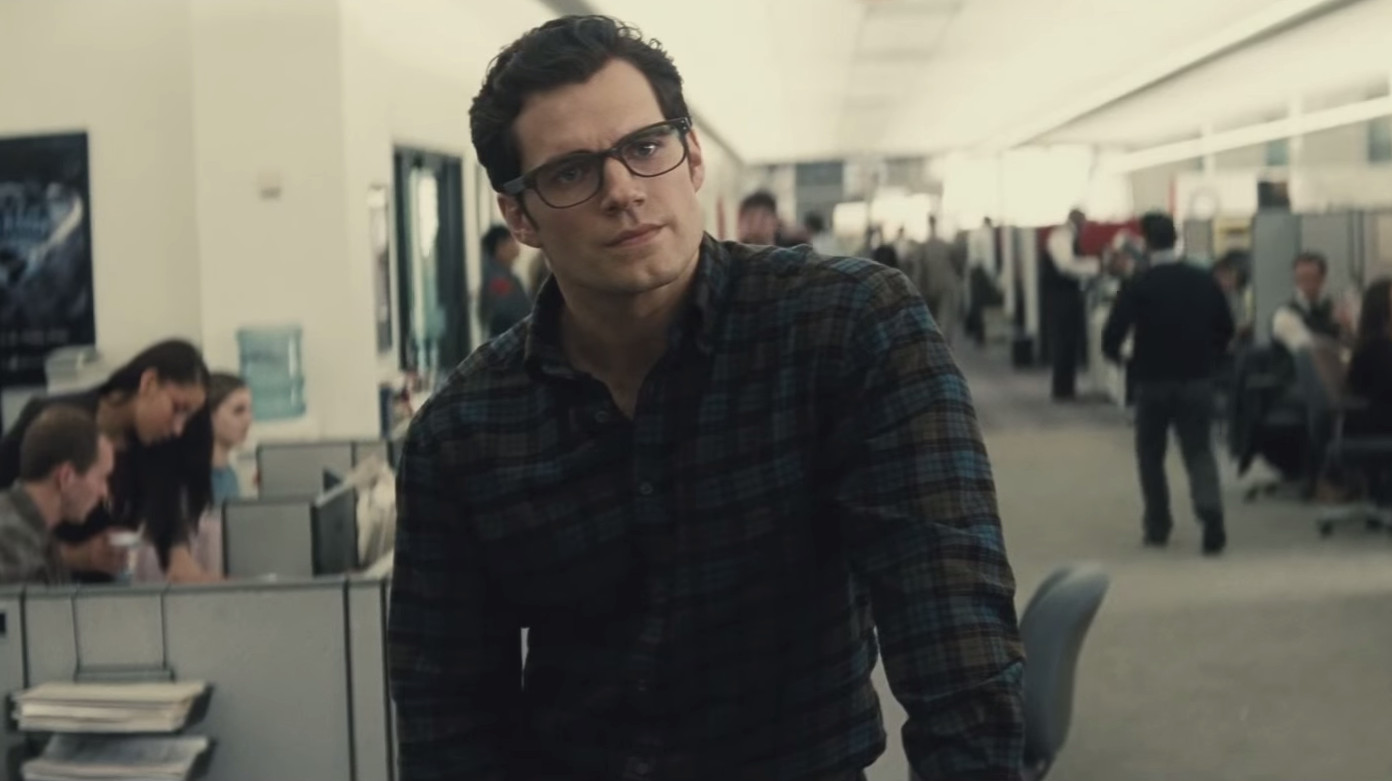 The late Cristopher Reeve was an ideal Superman who would drastically change from one role to another as he switches from being Superman or Clark Kent. This isn’t the case for Henry Cavill whose personality didn’t really change when he would be Clark Kent. The only variation is that he would only slap a pair of glasses and some formal clothing. His portrayal of Superman and Clark Kent were almost identical. Comparing that to Cristopher Reeve’s performance, Cavill faced a backlash from the fans who had their expectations built up by previous interpretations. Meanwhile, Hoechlin seems much suited for Clark Kent with his subtle nature which is drastically backed up by his journalist-like attire. Adding on to it is his clumsiness and incorporation of farm boy phrases such as ‘aw shucks.’

Who is the better Superman? 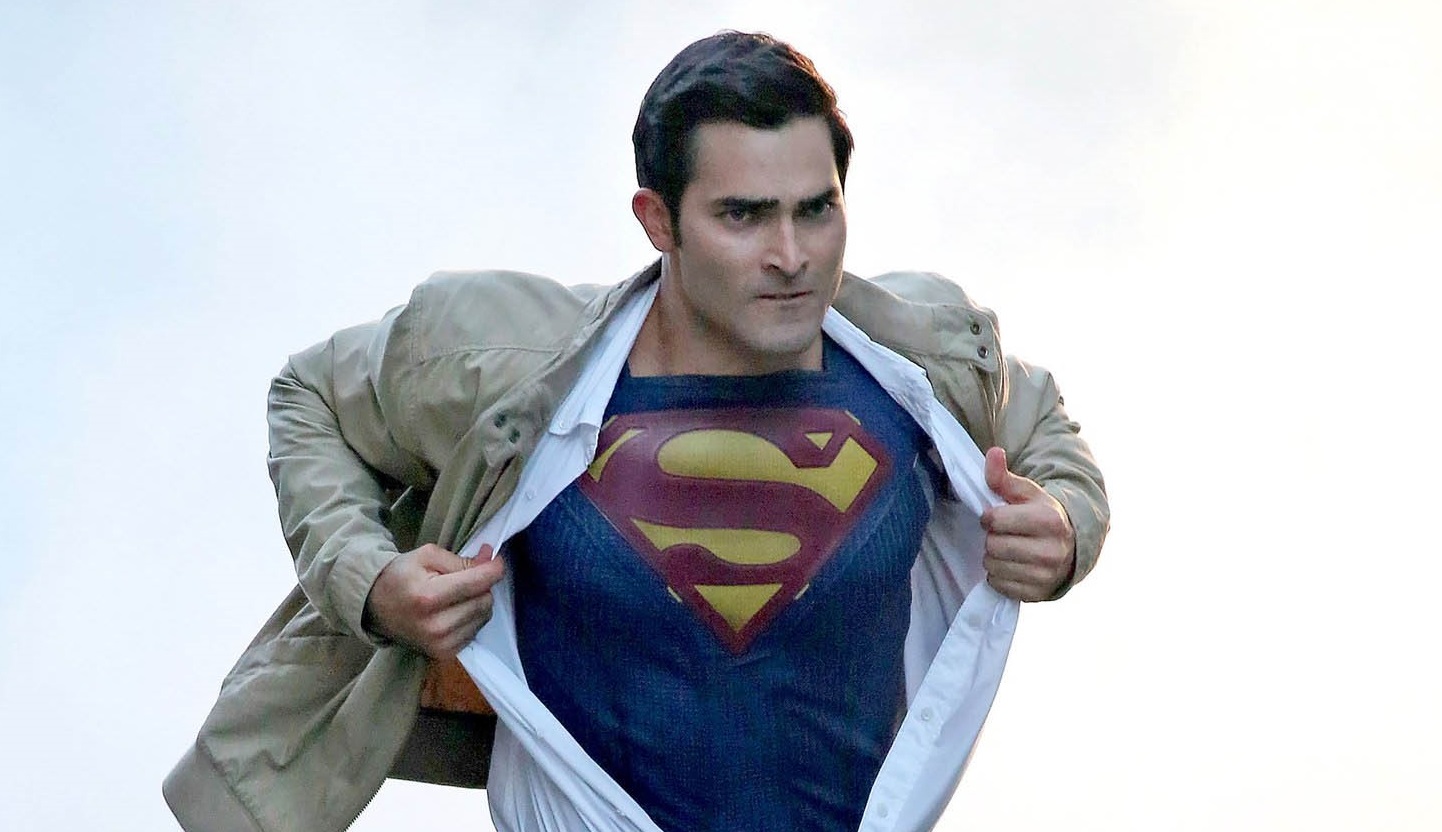 Superman, The Symbol of Hope.

If we were to actually pick one out of the two interpretations, it has to be Tyler Hoechlin’s Superman. His portrayal is one directly out of the comics. He has a happy face and is the hopeful hero that fans know and love. Along with this, Tyler Hoechlin is also a better Clark Kent who actually looks like a clumsy journalist when he gets on his attire. Cavill’s Superman did look much closer but that would only be because of the high budget of Warner Bros. compared to that of CW. Cavill’s version isn’t bad at all but considering the timeline where he is based, his emotions do not seem to match with the comic books. The 21st century spin along with the emotional effects of such drastic changes is understandable, but as the Symbol of Hope he is, the interpretation must have been less grim.