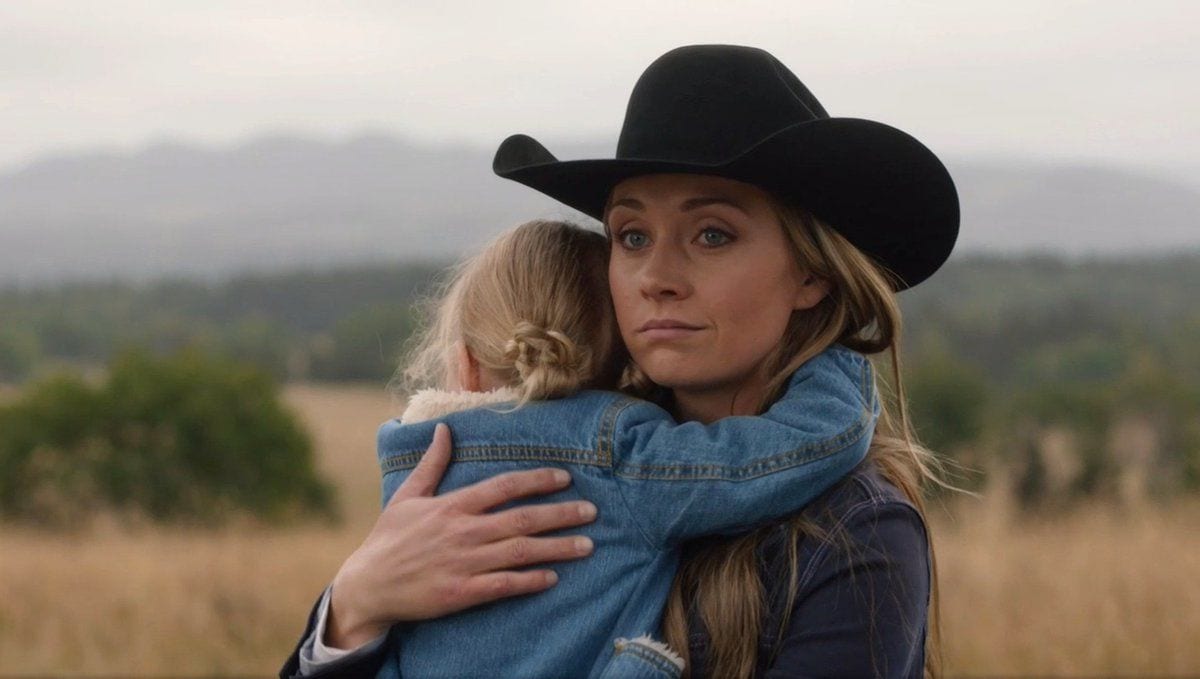 For over a decade now, the CBC has embraced its classic comedy-drama Heartland, which has spawned a total of 14 seasons in the row. Murray Shostak originally developed the show back in 2007, and since then, it has stood the test of the team. While the viewership has not been of a major talk but Heartland’s presence on the OTT space is something that has kept the story going. Yes, Heartland actually racks huge numbers whenever a new season arrives on Netflix once it’s finished airing. So keeping the story afloat was inevitable for CBC. With that spirit in mind, fourteen seasons have wrapped up, and here we are discussing the possibilities of Heartland Season 15.

Heartland takes inspiration from books of the same name by Lauren Brooke.  The show tells the story of Amy who recently lost her mother. She continues to move on as she works as a horse healer along with her older sister Lou on their farm with grandfather Jack Bartlett and father Tim Barlett. Recently on the show, Amy has grown far from the time we met her to be married and being a single mother.. The family is going through dark times, which may continue as they overcome them in the coming fifteenth season.

Heartland Season 15 Release Date – Is There A Fifteenth Season Coming Or Not?

Heartland Season 15 is happening. It is releasing on October 17th, 2021 with the first episode airing on CBC in Canada. Similarly, it will follow the same pattern in the United States on The CW and Netflix. Amber Marshall, who leads the show in the role of Amy Fleming, broke the news. She took it to Heartland’s Official YouTube Channel to announce the news. Reportedly, the show began its shoot back on June 7th, 2021. The production is now scheduled to run all through summer. It will eventually wrap up on the 21st of September 2021.

Heartland Season 15 will have a total of 10 episodes. For the past few seasons, Heartland has switched to the 10 episode format ditching the longer 18 episode runs. Now, each episode runs for a total of 60 minutes long including the commercials. There are concerns about stating the fifteenth season could be the final one to eventually end the show. Graham Wardle has already left the show, and there are hints of Chris Potter making an exit as well. Still, the CBC or the creators haven’t hinted at the end of the road yet. But we are gonna hold our tears until that as we wait along for the show, which has picked up quite a popularity. Thanks to Netflix, that has allowed a huge audience to binge the show.

According to the official synopsis provided by CBC, Heartland Season 15 will continue portraying the aftermath of Ty’s death. The Barlett-Fleming family is still mourning and getting over it. They have learned that life is short, and we have to make the best out of it. The fourteenth season saw Amy saying her goodbyes to the past. Now she is all on her own and continues to move on with life. She will continue her work with the horses at the same time, raising her daughter as a single mother all on her own. Also at the same time healing herself amidst her professional and personal life.

Furthermore, Amy isn’t the only one looking forward to moving on. After witnessing Ty’s death, Jack, Lisa, Lou, and Tim know it’s not the time to take a break.  The time doesn’t stop for anyone, and they have to keep up with it. With that, they will be looking towards achieving new dreams as well as completing the ones left behind. Lastly, they will stick together and get stronger as a family as it has always been.

While most of the cast of Heartland will be returning for the fifteenth season in turn, except for Graham Wardle. Especially with the fact, his character died last season. Amber Marshall returns the show to lead as Amy Fleming. Joining Fleming will be Ruby and Emanuella Spencer portraying Amy’s daughter. Michelle Morgan will return as Samantha Louise “Lou” Fleming Morris along with Shaun Johnston as Jackson “Jack” Bartlett, Alisha Newton as Georgina “Georgie” Fleming Morris, and Chris Potter as Timothy “Tim” Fleming. Lastly, we may see Shaun Johnston as Grandpa,  Alisha Newton as Georgie Fleming Morris, and Madison Cheeatow as Jade Verani.