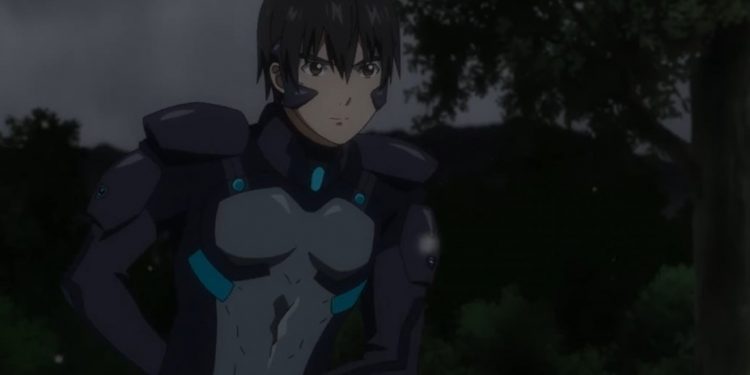 The Alternative IV war begins with Muv-Luv Alternative Episode 10, with Takeru leading his team to protect Japan. Takeru decided to check the areas around before the war began. On his way, he sees two humans and wonders if they are intruders. Muv-Luv Alternative reveals the final battle between BETA and Humankind. In the latest episode of Muv-Luv Alternative, Takeru wonders what the two ladies are doing in the middle of the forest. He points the gun at them and tells them to surrender. One of the ladies scolds him for pointing the gun at them.

Takeru says a lady that looks like Meiya and wonders what she is doing in the forest. Chief Yoroi arrives and reveals that he likes what professor Kouzuki has done. Takeru asks Yoroi about those ladies. The other ladies remind him to mind his tongue in front of Her Majesty, Koubuin Yuuhi. Takeru thought that Yuuhi was Meiya since they resemble each other. The lady tells him to put his gun away. Yoroi reveals that Yuuhi is also the head of state of the Empire of Japan. Takeru apologizes, but he is still surprised that Yuuhi looks like Meiya.

Inside the office, the higher-ups get angry that Her Majesty, Shogun, has left the capital. They also find that trains are leaving the city via underground tunnels. They decided to send soldiers to get Her Majesty back since they could not allow her to meet with the IJF or the royal guard. The other guys in the room believe that Her Majesty is trying to move the battle away from the city. The captain decided that he would bring Her Majesty back. In the forest, Yoroi reveals why Yuuhi has left the capital.

Takeru wonders why Yoroi leaked the information that Yuuhi has escaped the capital. Yuuhi reveals that she is the one who told Yoroi to do that since the reveals with chasing her, the IJF, royal guard, and UN will follow her. That will prevent the war from taking place in the capital. She knows that if the war takes place, many innocent people will get hurt, and it will be good if they battle in the forest. Yuuhi has chosen to lure them away from the capital, and Yoroi helped her with that.

Takeru suggests wondering the armies to stand down. Yoroi replies that they tried that, but some people were against Yuuhi. He also reveals about the group that is plotting a war against Japan. Yoroi asks Takeru to send Yuuhi to the Yokohama Base and wonders if Yuuhi can ride Takeru’s TSF since that would be a safe place for her. Yuuhi thanks Yoroi as he leaves the scene and believes that she will not see the death of her retainers. Takeru reminds Yuuhi that near the Yokohama base, there are American troops and asks if it is a good idea.

Yuuko communicates with her team at the HQ and asks Isumi about the situation around her areas. Isumi accepts that she will keep the enemy away. Meiya and the other girls get ready for the American troop to attack. Takeru and Yuuhi made it to the base, and Yuuhi rode TSF with Takeru. The Japanese troop made their move, and Takeru vowed to survive and return to the human world. The Alternative IV war began, and the American troops couldn’t keep up with the speed of Japans. Takeru tells his team to back him up since he is protecting Her Majesty.

Muv-Luv Alternative Episode 10 will be released on 9 December 2021. Yuuhi tells Takeru not to worry, and he can use any speed that he likes. The Japanese troop continues to cut the American’s robots. Takeru orders his team to use boost jump to shortcut over the valley. Takeru learns that Yuuhi is Meiya’s twin sister and Yuuhi gave him a present to give Meiya. Let’s look at Muv-Luv Alternative Episode 10 official details.