Hawkeye Episode 7: Is Season 2 A Possibility? 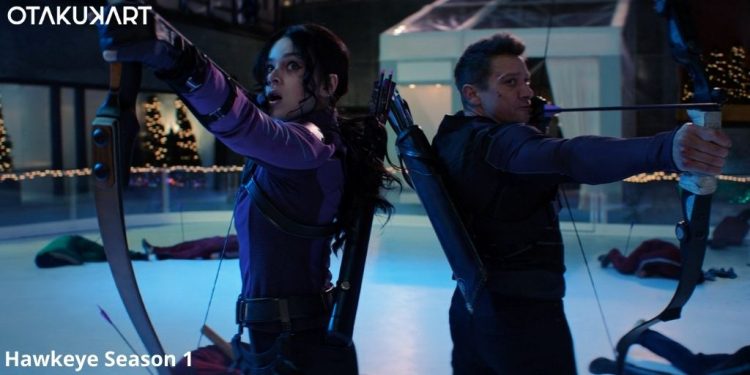 After witnessing the events of the current episode, the fans are wondering about the release of Hawkeye Episode 7. The newly dropped Episode 6 of the show gave the fans a lot to away. Moreover, it gave the viewers some intense action sequences and fights among some prominent characters. Moreover, Clint was trying to help Kate find her mom and get her out of the mess she had gotten herself into.

On the other hand, we finally got our first and detailed look at Wilson Fisk, aka Kingpin in the Marvel Cinematic Universe. Meanwhile, we also saw him dominate one of our heroes in the episode. Whereas Maya decided to take a big step after learning the truth about who killed her father. But one of the main questions that everyone wanted to be answered was, will Yelena kill Clint Barton, aka Hawkeye?

The American superhero television series has raised up the hype level among the fans since it first arrived on 24th November 2021. Furthermore, the show has gone on to become one of the most loved properties of Marvel in the television category. Moreover, the show features the OG avenger as the lead that has attracted a ton of viewers. Now, the fans are now eager to watch Hawkeye Episode 7. But before we discuss that, let’s take a look at the events of the previous episode.

Episode 6 of Hawkeye Season 1 dropped on 22nd December 2021. Moreover, the episode was titled “So This Is Christmas?”. The episode began with Eleanor meeting with Wilson Fisk, aka Kingpin, to tell him that she was getting out of this business. However, Kingpin tried to convince her to think twice, but Eleanor had made her decision because her daughter Kate was getting too close to her secret. Furthermore, we also learned that it was Eleanor who killed Armand III. On the other hand, Kate got all of Eleanor’s conversation with Kingpin in a video from Yelena. Meanwhile, Kate told Clint that it was her mom that hired Yelena to kill him. However, Clint told Kate that she is his partner now and he would help her fix this problem.

Whereas, Maya went to see his uncle and boss, Kingpin, to tell him that she was going out for some time to clear her head. But just after she left, Wilson figured out that she had learned the truth and turned on him. He decided to take care of the situation by killing everyone who was not in line. That is why he sent Kazi to shoot Eleanor from another building when she arrives at the Christmas party at night. Whereas the Tracksuit mafia members were sent in big numbers to take down Hawkeye and Kate Bishop. On the other hand, Yelena arrived at the Christmas party as well, looking for Clint.

However, things got out of hand when Clint saw the reflection of the snipping laser that Kazi was aiming at him and dodged the bullet. Everyone was sent out of the building while Kate told Eleanor to stay inside while she handled the situation. Meanwhile, Yelena started to chase Clint, but Kate followed and tried to stop her. But eventually, Yelena escaped and was about to shoot Clint, but he dodged it as well. After getting out of the building, a big fight broke out between the Tracksuit mafia and Clint. However, Kate joined the fight too. Soon, Hawkeye and Kate defeated all the mobsters, and Clint told Kate to go look for her mom.

Meanwhile, Clint started fighting with Yelena, who was hell-bent on killing him. However, he eventually convinced her first with the secret whistle that Natasha and Yelena shared. Then he told her how she sacrificed her life to save the world. All of this convinced her, and she left. On the other hand, Kate came across Kingpin, who was about to kill Eleanor. But Kate fought Kingpin with whatever she had and put him down. Although, she did the right thing when she got Eleanor arrested for the murder of Armand III. Whereas Maya unintentionally killed Kazi while fighting him. However, the biggest shocker of it all was that Maya confronted Kingpin and shot him. In the end, Clint kept his promise to his family and made it home on Christmas. Moreover, he brought along Kate to join his family for holidays.

Hawkeye Episode 7: Will It Release?

“Hawkeye Episode 7 will not release as the first season has officially ended with Hawkeye Episode 6.” Moreover, the events that led to the major clash also concluded in the finale episode. However, there’s a good chance that we might get Hawkeye Season 2 of the show, now that Hawkeye is alive and considering the major success of the show. Although, there is no official confirmation yet from Marvel Studios. But if it were to be greenlit, the second season might arrive sometime in 2023 or 2024 but not before that. Till then, stay tuned to find out more.

With the conclusion of the first season, many fans and viewers are still wondering about where to watch Hawkeye Season 1? The answer to that is pretty simple. “Hawkeye Season 1 was airing every Wednesday at 3 am ET in the United States on Disney Plus.” However, the show is still available to watch on the streaming service anytime. Moreover, the viewers in India can stream Hawkeye Season 1 on Disney+ Hotstar. The show is available with the full season to watch anytime on Disney Plus in the U.K., Australia, France, Germany, New Zealand, and many more countries.

Also Read: At What Time Does Hawkeye Release on the United States EST Time Zone?