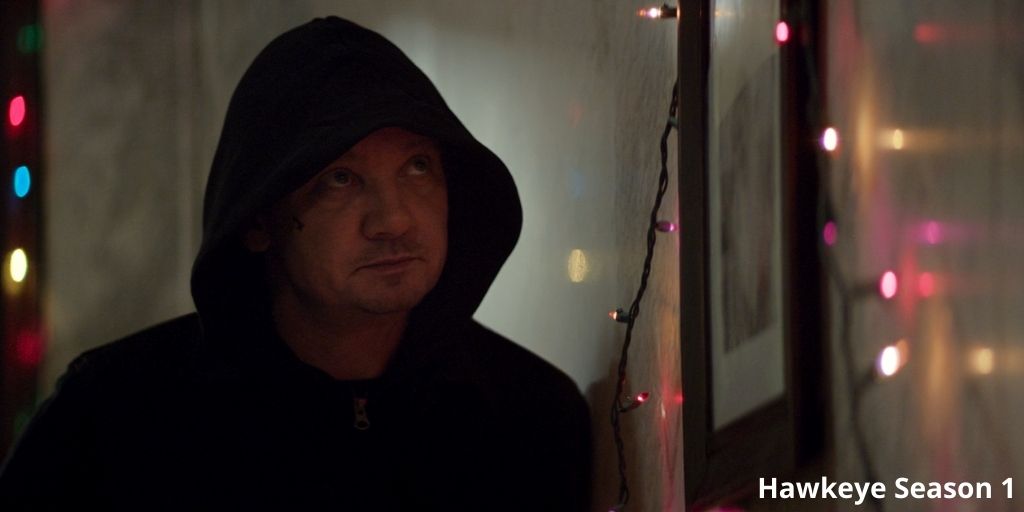 Things have taken a wild turn for Clint Barton and the season finale is about to break the internet with the release of Hawkeye Episode 6. The previous episode did not hold back when it came to revealing jaw-dropping moments for the fans. In addition to that, the viewers once again got to see Clint Barton suit up as Ronin. Even though he was not all that brutal, murderous Ronin we got a glimpse of in “Avengers: Endgame”, but he did show his skills as the masked assassin.

On the other hand, Kate had her own moments of shocking surprises that would change her life going forward. Moreover, we got to see more of Yelena Belova in the episode that the fans had been waiting for. Furthermore, we even got to see what happened to Yelena when Thanos had snapped his fingers using the infinity stones in “Avengers: Infinity War”. The latest television series from Marvel has once again intrigued a whole lot of viewers around the world.

Therefore, the show has already become a huge success for the studio. However, the show does not have as many episodes as the recent Marvel shows. But still, it has managed to give out a proper storyline to the characters. Although, the fans are now eager to watch Hawkeye Episode 6 that will bring even more jaw-dropping moments for the fans. However, let us first dive into the events of the previous episode and also look at the big reveal from the episode. 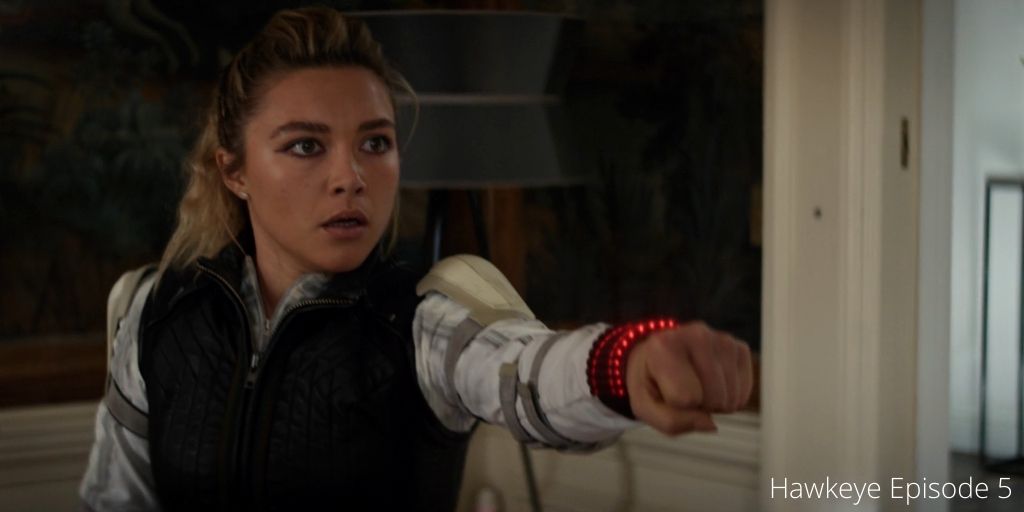 Episode 5 of Hawkeye Season 1 came out on 15th December 2021. Moreover, the episode was titled “Ronin”. As the episode opened, we got a proper look at Yelena Belova in the year 2018, who was out on her mission to save the other Black Widows from their brainwash. However, she came across one of her Black Widow sisters Ana who was not under the brainwash. The next thing we saw was how Yelena got erased and came back in a matter of seconds, but 5 years had passed. She asked Ana about Natasha, and this was probably where she found out her sister was dead.

Next, we saw Kate arrive at her home heartbroken after Clint ended their partnership. On the other hand, Clint went to Grills’s apartment to rest for the night after the fight on the rooftop. Meanwhile, Kate decided to come back to her own apartment, where Yelena was already waiting for her. Although, Yelena told her she was not there to hurt her. Both of them had a good talk, and Kate found out that Yelena is Natasha’s sister. Moreover, Yelena told her that she was in town to kill Clint, who was the reason Natasha died. 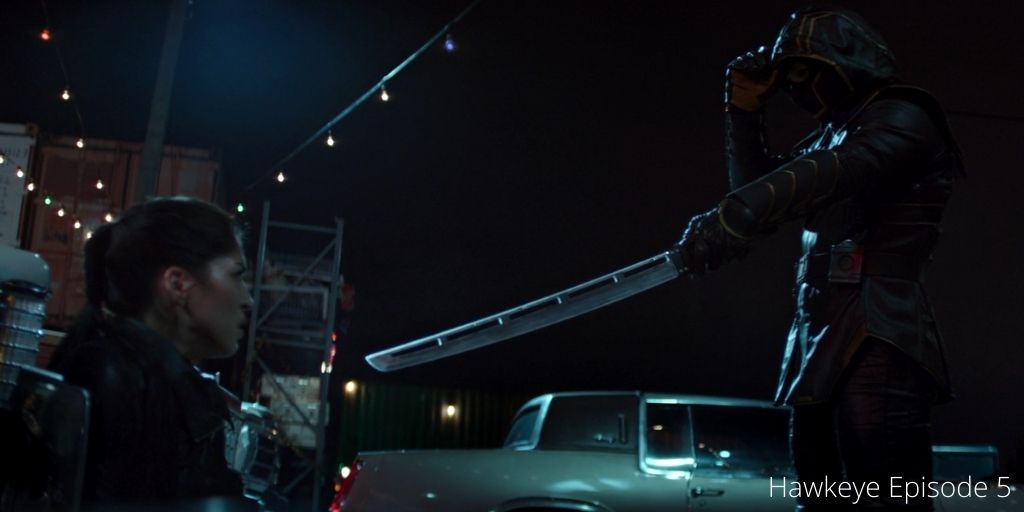 Although, Kate told Yelena not to trust the ones who hired her to kill Clint because he is a good man. The next morning, Eleanor got Jack arrested after Kate told her to look into him and his connection with Sloan Limited. On the other hand, Clint sent a message for Maya as Ronin to meet him. Later at night, Maya was ready with her men close by to kill Ronin, but Ronin beat everyone one by one. Now it was him and Maya alone fighting each other, and he beat her too. However, he told her that it was her own boss who gave him the tip to kill his father.

But as he was talking to her, Maya tricked him and got the sword ready to kill him. But Kate arrived there and stopped Maya. Eventually, both of them got out of there, and Kate told Clint about meeting Yelena and that she is Natasha’s sister. Furthermore, Clint knew her name as well. Both of them went to Grills’s apartment to cool off. But in the end, Kate learned a shocking truth about her mother. Yelena texted Kate telling her that she found out who hired her to kill Clint. To Kate’s surprise, it was her mother, Eleanor. Meanwhile, she showed a photo of her mother meeting a man, and Clint recognized the man. It was none other than Kingpin, the big guy and probably Maya’s uncle as well. 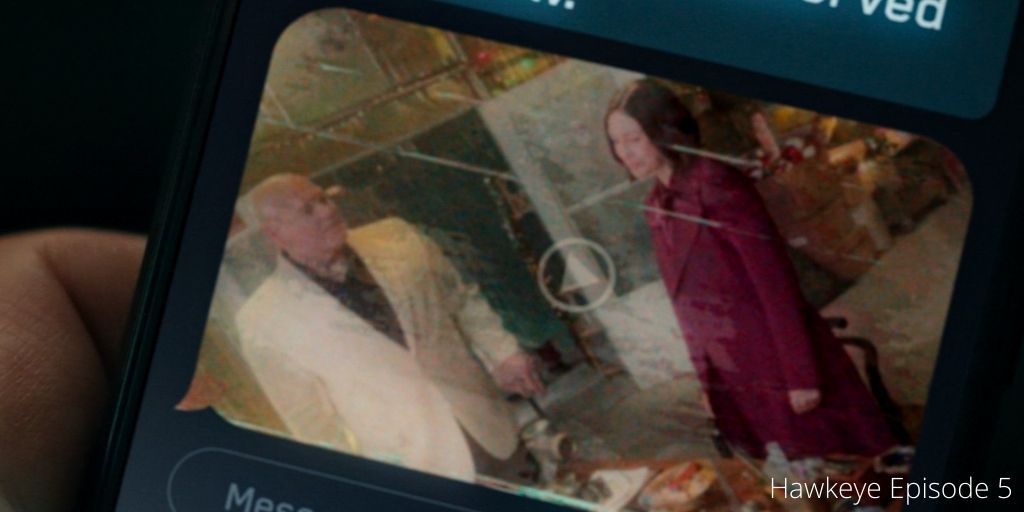 Eleanor Bishop is working with Kingpin

“Hawkeye Episode 6 will release on 22nd December 2021 at 3 am ET on Disney Plus.” However, the episode title has not been confirmed yet. But it will get a whole lot interesting since the episode will be the season finale. Moreover, we will see what lies ahead of Clint Barton and whether he survives or not. On the other hand, Kate will try to figure out why is her mother working with Kingpin. Meanwhile, Maya will try to find the truth whether it was her boss who got her father killed. But the biggest that still needs to be answered is whether Yelena will kill Clint or not? Stay tuned to find out.

The latest Marvel epic is getting closer to the end of the first season. With so many viewers trying to watch the show, one of the major questions popping up is where to watch Hawkeye Season 1? Well, that popular question has quite a simple answer to it. “Hawkeye Season 1 airs every Wednesday on Disney Plus at 3 am ET in the United States.” Whereas the show airs on Disney+ Hotstar at 1:30 pm IST on Wednesday in India. Moreover, Hawekey Season 1 also airs every Wednesday at 8 am GMT in the U.K. Other than that, viewers in France, Germany, New Zealand, Australia, Canada, and more can stream the show on Disney Plus as well.

Also Read: Where is Hawkeye Filmed? Production Locations for the New Marvel Series