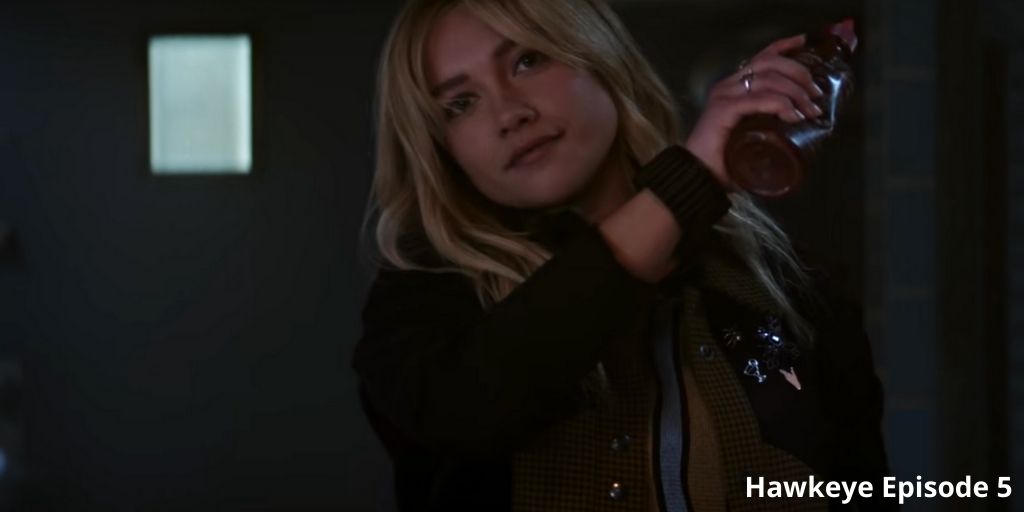 The latest tv show from Marvel is probably about to create a big stir on the internet with Hawkeye Episode 5. What the fans were anticipating and probably had an idea about is finally happening. The previous episode got a whole lot interesting when Jack and Eleanor found Clint aka Hawkeye working with Kate. Meanwhile, Clint managed to get back the Ronin sword from the possession of Jack. On the other hand, Kate’s intuition about Jack turned out correct when Clint found out that Jack is involved with the Tracksuit Mafia.

On the other hand, Kate and Clint bonded quite well when Kate tried to cheer him up with a Christmas movie marathon just like the one he was supposed to do with his family at his home. Whereas later in the episode, they went on a mission to retrieve an important object from an apartment but it turned out that they had two more problems waiting for them ahead.

The series has been bringing out several exciting moments in each episode that have hyped up the viewers. On other hand, we are already closing in on the show’s finale. However, before we get there, for now, fans are eager to watch Hawkeye Episode 5. But first, let us dive into the thrilling action sequence and exciting reveal from the previous episode and find out what all happened. 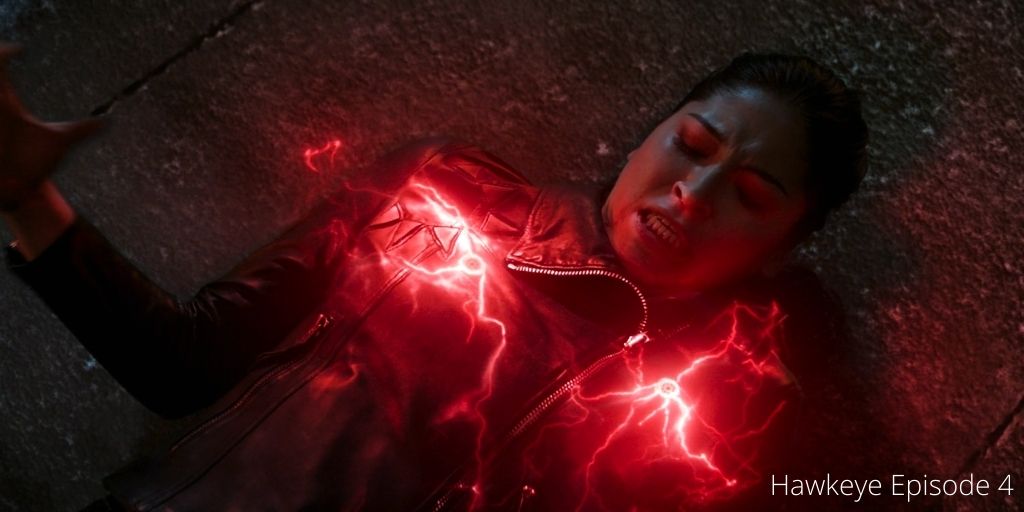 Episode 4 of Hawkeye came out on 8th December 2021. Moreover, the episode was titled “Partners, Am I Right?”. The episode began with Jack and Eleanor having a chat with Clint and Kate together after learning that the famous Avenger, Hawkeye is working with Kate. However, Eleanor later told Clint to keep Kate out of this and not put her in danger. Meanwhile, Clint got his hands on the Ronin sword and slipped it out of there. After coming out of the apartment, Clint asks Laura to run a check on Sloan Limited. Soon she tells him that it is a shell company that is laundering money for the Tracksuit Mafia and Jack is the CEO.

Then they also talk about the Rolex watch that was stolen and Clint asks Laura to check the signal from the transmitter to locate it. Later at night, Kate brings in snacks and movies to make Clint feel at home since he was stuck in New York because of her. Meanwhile the next day, he sends her to get the arrows and then they go to recover the Rolex watch. However, things get suspicious when Kate finds a note with Clint and his family members’ names on it. Moreover, Kate sees Maya’s photo there and Clint tells her to get out of there. But both of them get attacked at their respective places.

Clint is confused about who is he fighting on the roof if Kate is fighting Maya in the apartment. Soon, Kate gets to the roof and Maya gets there as well and they all start fighting. We see a moment where the other attacker throws Kate from the roof and Clint gets the same feeling of loss watching Kate hanging as he had with Natasha when she died. But, Kate survives and comes back to the roof, and joins the fight. Moreover, she injures Maya with the arrows and she leaves. On the other hand, Clint unmasks the other assassin and it turns out to be Yelena Belova. Although Clint doesn’t know she is Natasha’s sister and tells Kate that someone has hired a Black Widow assassin. Moreover, he tells Kate to leave because they cannot work together anymore.

“Hawkeye Episode 5 will release on 15th December 2021 at 3 am ET on Disney Plus in the United States.” However, the title for the episode is not yet confirmed. But with only two more episodes left in the season, we are sure that will see more scenes of Yelena next. On the other hand, we might possibly get a look at who Maya’s ‘Uncle’ is. So stay tuned to find out since the show is now at the most exciting turn.

Things have taken an interesting as we are moving ahead in the latest Marvel series. That is why the viewers are quite eager to find out where to watch Hawkeye Season 1? Well, that question has a simple answer to it. “Hawkeye Season 1 airs every Wednesday at 3 am ET on Disney Plus in the United States.” Whereas, the show airs on Disney Plus at 8 am GMT in the U.K. on Wednesdays as well. On the other hand, the viewers can stream the show on Disney+ Hotstar at 1:30 pm IST on Wednesday in India. Furthermore, the show is available to stream in Australia, Canada, Germany, France, New Zealand, and many more countries on Disney Plus as well.

Also Read: Loki Season 2 In Development: Is The God Of Mishchief Returning?