A guest host takes the seat of Jack Dee for one night in the coming Have I Got A News For You Season 62 Episode 8. 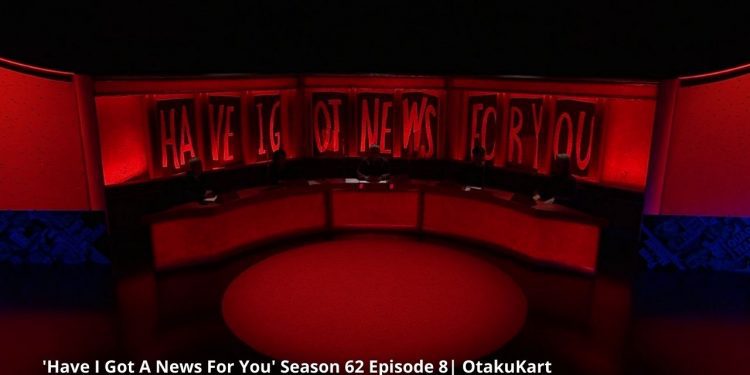 Have I Got A News For You Season 62 Episode 8 will be returning, but this time Jack Dee may not join us. Instead, a guest host is picking up the seat for the one night who is quite a popular journalist. Paul Merton and Ian Hislop are definitely returning as. This time another journalist and an actor will be joining their teams to look at the weekly news. But before we move to the same, comedian, Phil Wang and Baroness Warsi came to the show to look at some of the hilarious news that transpired this week.

From Borris Johnson messing up his speech and referring to Peppa Pig World for backup. To Jacob Rees-Mogg’s high-speed transport. Then why did Nick Fletcher believe that the rise of women starring in TV shows will encourage young men to commit crimes? Lastly, NASA’s plan to fight back asteroids to save humanity and the Royals disappointed over a BBC documentary. Here is a look at everything Jack Dee, Phil Wang, Baroness Warsi, Paul Merton, and Ian Hislop saw taking place this week.

Previously on Have I Got A News For You Season 62, comedian Phil Wang and Conservative peer Baroness Warsi joined team captains Paul Merton and Ian Hislop. The first major news Jack Dee introduced is Borris Johnson and his mention of Peppa Pig World in his speech. Basically, it seemed like Borris Johnson probably brought the wrong speech and notes to one of the events. He spent time searching for it until he came to realize he doesn’t have it. Thus deciding to switch and talk about Peppa Pig World and compare the characters of the show to a hairdryer.

In other news, we had Red Wall Tories furious with the Prime Minister. They also took a look at Jacob Rees-Mogg’s high-speed transport. Also, Conservative MP Nick Fletcher’s views on the consequences of film and TV starring roles being given to women. Paul Merton explained how he believes that Doctor Who in the last few series is a woman, and this has encouraged men to crimes. Why? Because they don’t have any role models now.

Next up, the guests looked at NASA planning to avoid asteroids coming to crash on the earth. Therefore to save humanity. Their target is a pair of asteroids called Dimorphos and Didymos. At this point, they are 6.8 million miles from earth. Next up is the invention of the phone for dogs which they can use to call their owner.

On Highly Irregular, the show went on to see accusations on Jacob Rees-Mogg of not declaring income from his offshore companies. We also had a look at The Royals unhappy with a BBC documentary. It suggests the brothers are briefing against each other. Some of the last news to guess on Highly Irregular were about Labour MP’s embarrassment after confusing between MFI and MI5 Yorkshire Atlantis.

Have I Got A News For You Season 62 Episode 8 is releasing on 3 December 2021. The official synopsis of the episode suggests that British journalist, newsreader, and presenter Clive Myrie will be joining the show. For one night, he will sit on the chair of Jack Dee as a guest host. Joining him will be journalist Camilla Long and actor Miles Jupp. They both will tag along with either  Paul Merton or Ian Hislop to look at and poke fun at this week’s news.