Is she faking all of her amnesia? 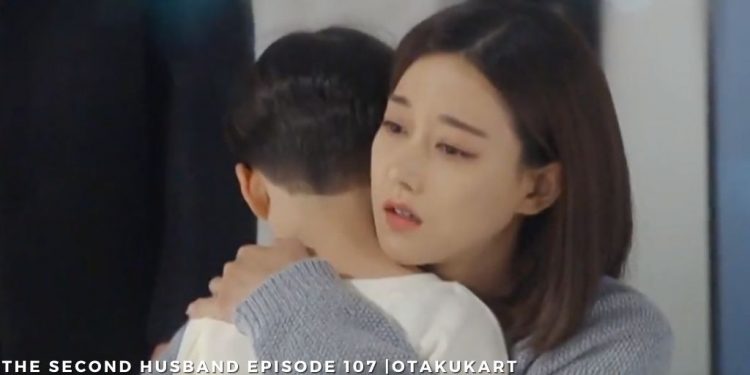 The Second Husband Episode 107 is just a few days away! A lot has happened in the past few episodes, so fans can’t keep their calm. Seon Hwa has finally managed to become the director of Daekook Confectionary on her own merits. As fans hoped, Seon Hwa had a backup plan beforehand as she had suspected that Jae Kyung might try something fishy before the voting started. Seon Hwa had already recorded a video and made a presentation of her documents. The voting party was more than satisfied with Seon Hwa’s future plans for the company. Fans were more than delighted that even after Jae Kyung had given a speech, secured many voters on her side before the voting, and had also devised a sly plan, lost the position as the director of Daekook Confectionary.

Of course, Jae Kyung had been seriously pissed off when the results were announced, and Seon Hwa became the director of Daekook Confectionary, meaning her rival will be the owner of the second-highest position of the company. At first, she tried to threaten Hae Ran with a photo of James Kang, assuming that Hae Ran had been cheating on her husband with him. Unfortunately for Jae Kyung, her assumption proved to be false because the man was an investor who worked in secret, so she did not have anything against Hae Ran anymore. After her devious plan of sacrificing Tae Yang went astray, she ended up losing a part of her memory. However, fans can’t get over the feeling that she has been faking her memory loss. Don’t miss out on the fun and check out the release date, streaming details, and predictions for The Second Husband Episode 107.

There is no doubt that fans are impatiently waiting for The Second Husband Episode 107! As already mentioned, fans have been feeling that Jae Kyung losing her memory at this crucial time is quite suspicious. First of all, she could have acted to lose her memories because she didn’t want to be charged with the crimes she had committed and gain sympathy. Or, maybe she did lose a part of her memory in the beginning, and when Jae Kyung will start to remember what she has done over the past few years, she would try to hide the fact that she has remembered everything. Maybe the writer wants to redeem Jae Kyung’s character because she is Bok Soon’s daughter after all.

Other than the whole Jae Kyung and Seon Hwa fighting with each other plot, the audience of The Second Husband has surely been feeling very sad for Seo Jun. Out of all the people, had to fall in love with Seon Hwa! You could see how disappointed and broken he will feel when Seon Hwa tells him that she has no feeling for him but actually likes Jae Min. Maybe this is where Sag mi’s character will come in. It has been clear that Sang Mi really likes when we say really, we mean really, Seo Jun. Maybe she will help Seo Jun get over his breakup! Don’t miss out on The Second Husband episode 107 to see what happens next!

Where To Watch The Second Husband Episode 107?

The Koreana audience of The Second Husband can watch episode 107 on MBC at 7:15 PM KST Mon-Fri. Furthermore, the international audience of the kdrama can watch the episodes either on Rakuten Viki or Kocowa ( both with subscription). Also, the release time of The Second Husband episode 107 is 3:45 PM in India, 10:15 AM in the UK, and 8:45 PM in Australia. Don’t forget to mark your calendars for the upcoming episode!