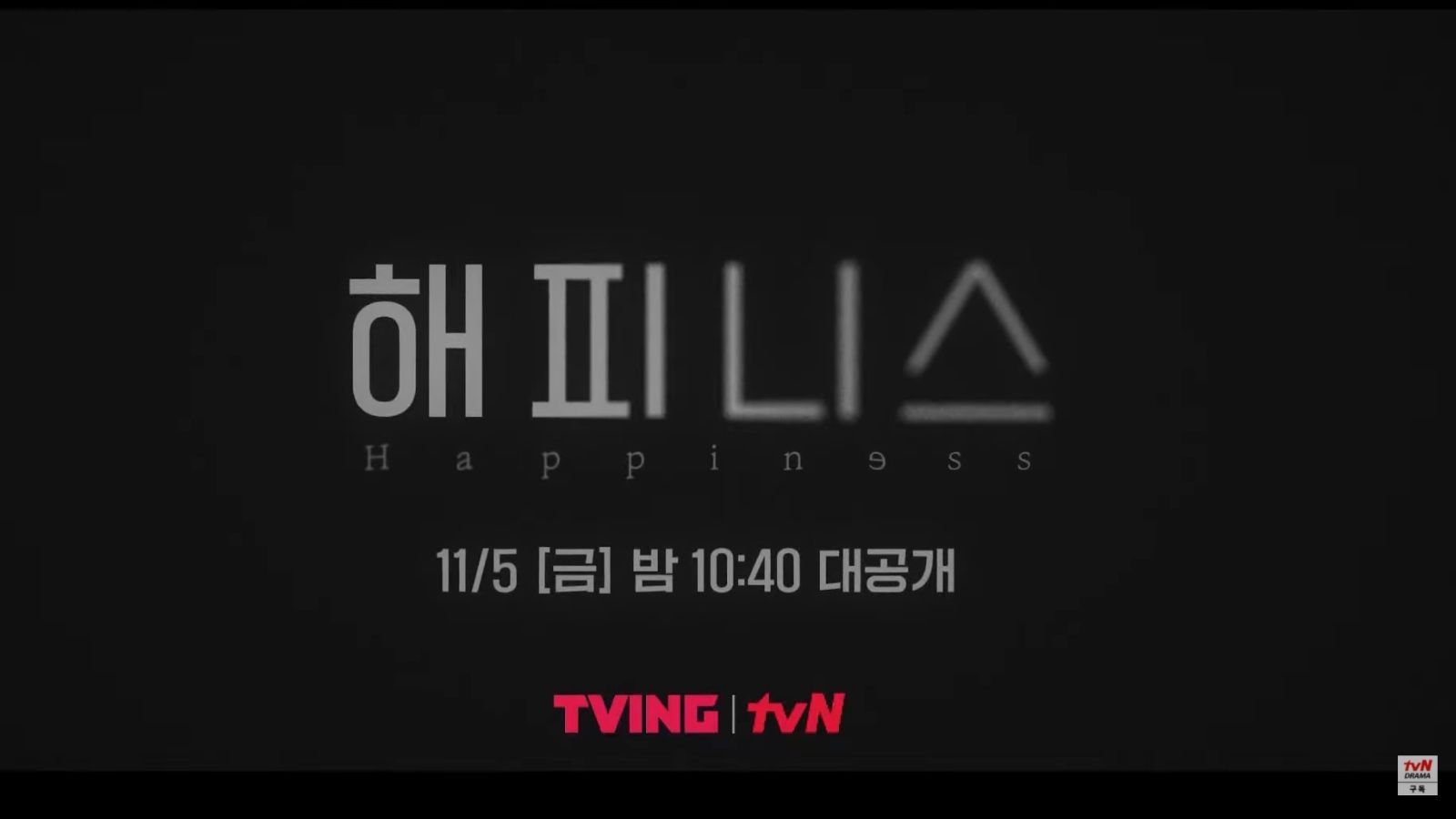 Park Hyung Sik’s new Kdrama Happiness has a brand new trailer. Happiness release date and the cast are already announced to the fans, and it’s about time we get to witness the first teaser. A couple of days ago, the first poster featuring Park Hyung Sik and Han Hyo Joon was released by tvN. The apocalyptic thriller mimics the current situation we are living in. Hence, the viewers will be able to relate to Happiness a little more. Moreover, it will be a task for the characters and audience to find “Happiness” in the drama. Both Park Hyung Sik and Han Hyo Jin, with other Happiness cast members, appear in the tense first trailer. So, make sure to check it out down below.

Happiness is an upcoming South Korean thriller drama from the tvN network. The drama will tell the story of people living in a world where infectious diseases are pretty standard. However, their lives will take a drastic turn after an apocalypse hits their already strange lives. 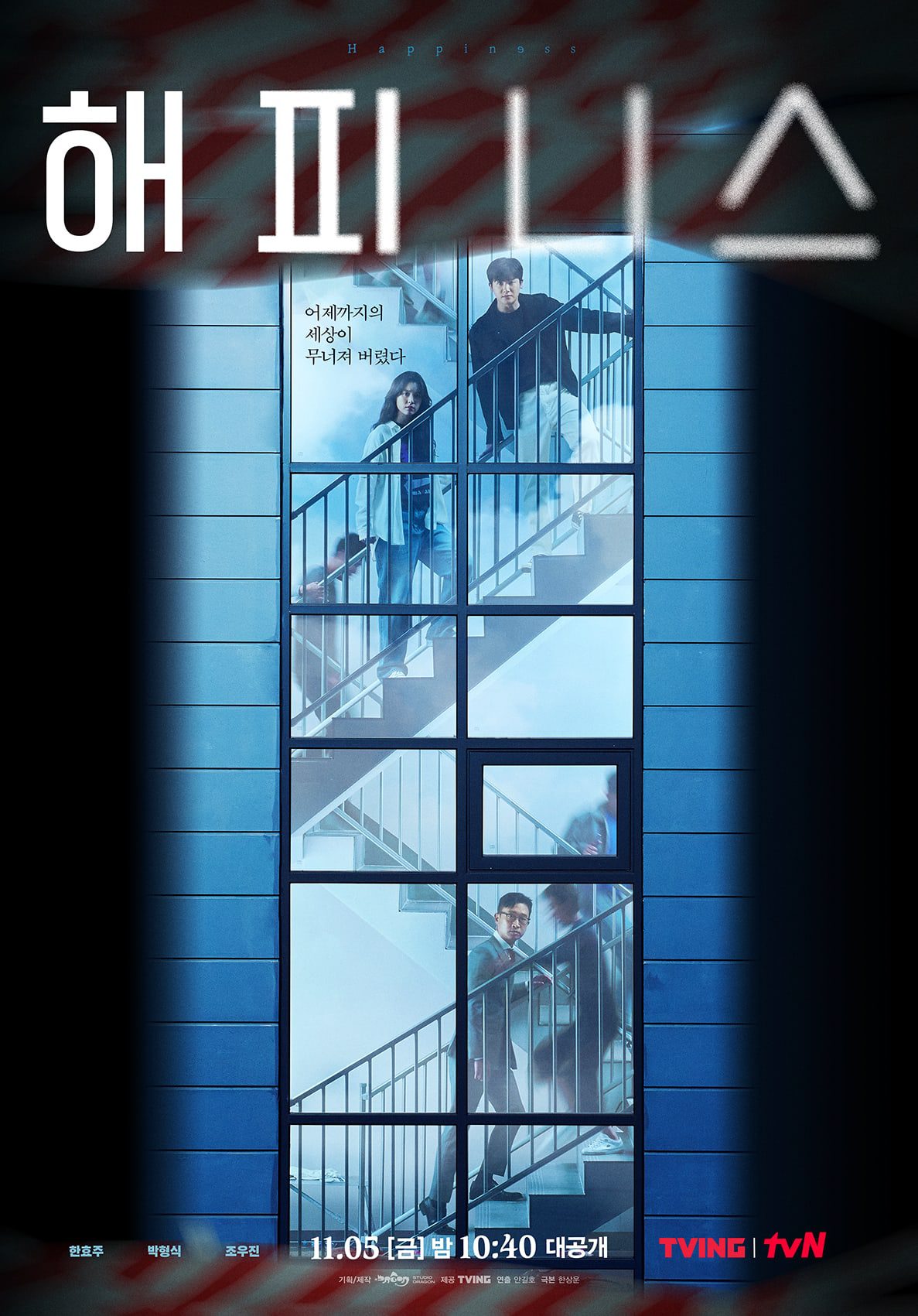 We see the characters getting away from their peaceful lives in the new trailer. Han Tae Suk (Jo Woo Jin) threatens by saying that only because things were all right yesterday doesn’t mean that the situation is going to be the same today. Yoon Sae Bom (Han Hyo Joo) tries to keep herself positive as she questions whether worrying will change anything? Meanwhile, Jung Yi Hyun (Park Hyung Sik) joins her, and says “This, too, will pass.”

Their optimistic self crumbles down when the following text reads, “The world as we knew it up until yesterday has collapsed.” In the next scenes, we see the entire population of the city trying to save their lives. And Han Tae Suk joins them as she tries to survive to help her family. On the other hand, Jung Yi Hyun encounters the unseen enemy while pointing his gun at him. Lastly, he asks him about his real intentions.

The panic-stricken duo- Jung Yi Hyun and Yoon Sae Bom- run from danger, and Sae-Bom says that becoming “Happy” is not that easy.

As explained above, it will excite the fans to see how hard it is to earn Happiness in the modern world. Moreover, the posters for Happiness Kdrama display the main characters who intensely watch the world falling apart from the stairs of their apartment. We see Jung Yi Hyun, Yoon Sae-Bom, and Han Jae Suk going upwards. However, the other residents rush downstairs to save their lives.

The caption on the poster stated that the world they knew yesterday is now collapsed.

Watch the Happiness Kdrama trailer down below:

Park Hyung Sik’s latest thriller Kdrama, Happiness, is releasing on November 5, 2021, at 10:40 pm KST. The 12-episode drama will air fresh episodes every Friday and Saturday on its original network-tvN. Also, the duration of each episode will be 60-70 minutes. As for the people living outside the region, Happiness will be available on TVING, Viu, and iQIYI. You can surf through their websites and download the respective applications to watch the drama once it comes out.

Happiness is an apocalyptic thriller set in a world where infectious diseases have become the new normal. The drama will follow the people living in newly constructed buildings where the upper floors are registered for general sales, and the bottom ones are rented out. Therefore, Happiness will also depict the psychological battles human beings face due to social discrimination. 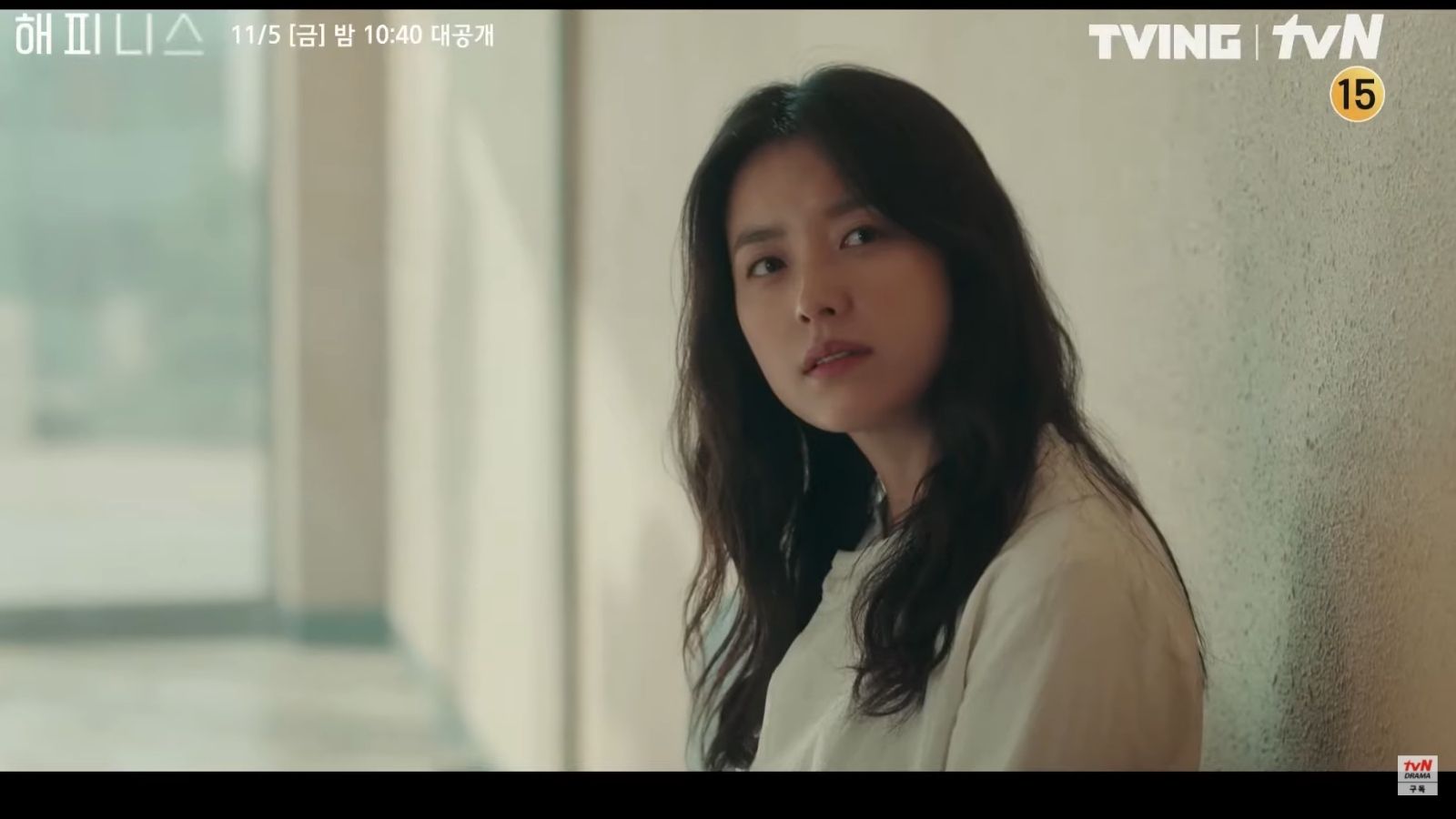 Han Hyo Joon in the trailer of Happiness

Ahn Gil Ho (Stranger, Memories of the Alhambra) helms the drama, whereas Han Sang Woon will pen down the script (WATCHER, The Good Wife). What do you think of the Happiness Kdrama trailer?