Happiness K-Drama has set the bars high and undoubtedly the show has gained millions of hearts and admirers. 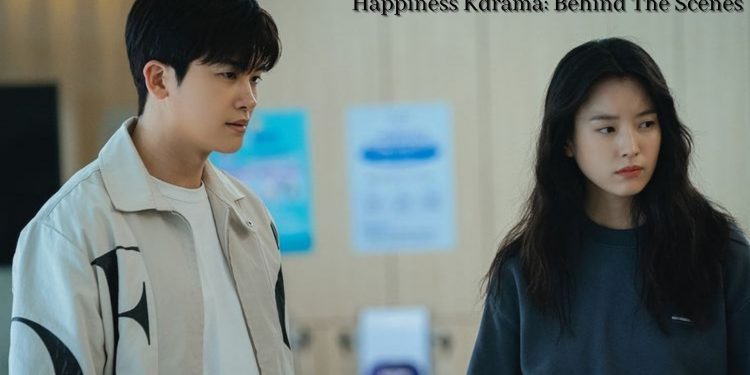 Happiness K-Drama has set the bars high, and undoubtedly, the show has gained millions of hearts and admirers. The Apocalyptic urban thriller has created a huge buzz all over the internet, and fans out there are digging up everything related to the show. The creators of the show have made sure that the viewers of the show out there are well treated and taken care of in a very interesting way. It has not only broadened the arena of South Korean dramas lovers but also made them hard-core fans of them.

The show and its cast have done a brilliant job in making the fans all engaged with the content they are providing. Behind the Scenes, content is something that has really intrigued everyone out there and has kept them closely connected with the drama series and its cast members, who are getting huge credits for their stunning performance in every episode of the show.

In its recent behind-the-scenes release, we can see the two protagonists of the show grooving to their own beat with big smiles on their faces. Let’s have a detailed view inside.

The crew of the show has released a new behind the scenes video, and that has some really interesting stuff inside that is being loved by all the fans out there.

At the beginning of the video, we see cast members practicing a fight scene as they memorize and ponder over the script and their actions. During the preparations for the scene, we see Park Hyung Sik putting fake blood in his hand. He joins Han Hyo Joo for the scene and then goes around the residents to point out the infected one from them.

The two protagonists continue to work over the scene and in the following clips by practicing their lines with Cha Soon Bae, who has played the role of the infected resident. We see Han Hyo Joo accidentally kicking off her show in the first take, and then they both perform their moves more carefully in the next take.

Later in the clip, Park Hyung Sik comes with a genius idea to drip down blood from his hand in a dramatic way adding more details to the scene.

Park Hyung Sik ends up accidentally kicking him during the filming of their fight scene. Later, Cha Soon Bae jokes saying that “That’s the first time I have been hit in 30 years.” The pair wrap up their fighting scene in a professional and safe manner.

In the next clip of the video, we see Park Hyung Sik inspecting a prop on set and rehearsing his lines as he says, “Next”. We see Han Hyo Joo jokingly replying to it saying “Level” and then the pair starts dancing on the song “Next Level” by AESPA.

They remain serious and in their professional avatar throughout the filming, but as soon as the director says “Cut”, they go back to their dancing again.

During a scene, Park Hyung Sik is seen holding a pill bottle and inspecting the same, Han Hyo Joo wonders out loud how he was easily able to swallow the pills. “Don’t go spreading rumors,” he replies to her and she wittily says, “About your passion for acting?”

In another clip, we see Han Hyo Joo wiping out sleep from Park Hyung Sik’s eyes. This scene has given us diabetes to an extreme level. He points out that this scene has been like a déjà vu, and Han Hyo Joo agrees, saying that “I think we have had a scene similar to this before.”

Unable to remove the crust from under his eyes, Park Hyung Shik asks the staff for help asking if they used adhesive, to which Han Hyo Joo replies, playing along, “Just go wash your face!”.

There are more behind the scenes to come in the near future, and you should definitely not miss out on any of them. 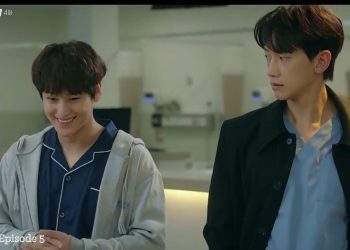 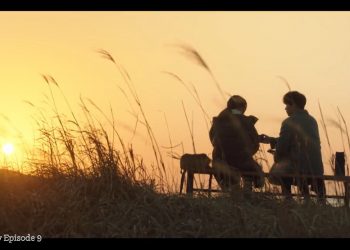 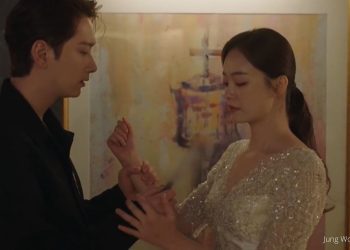