Happiness Episode 9: Is There a Way Out of Chaos? 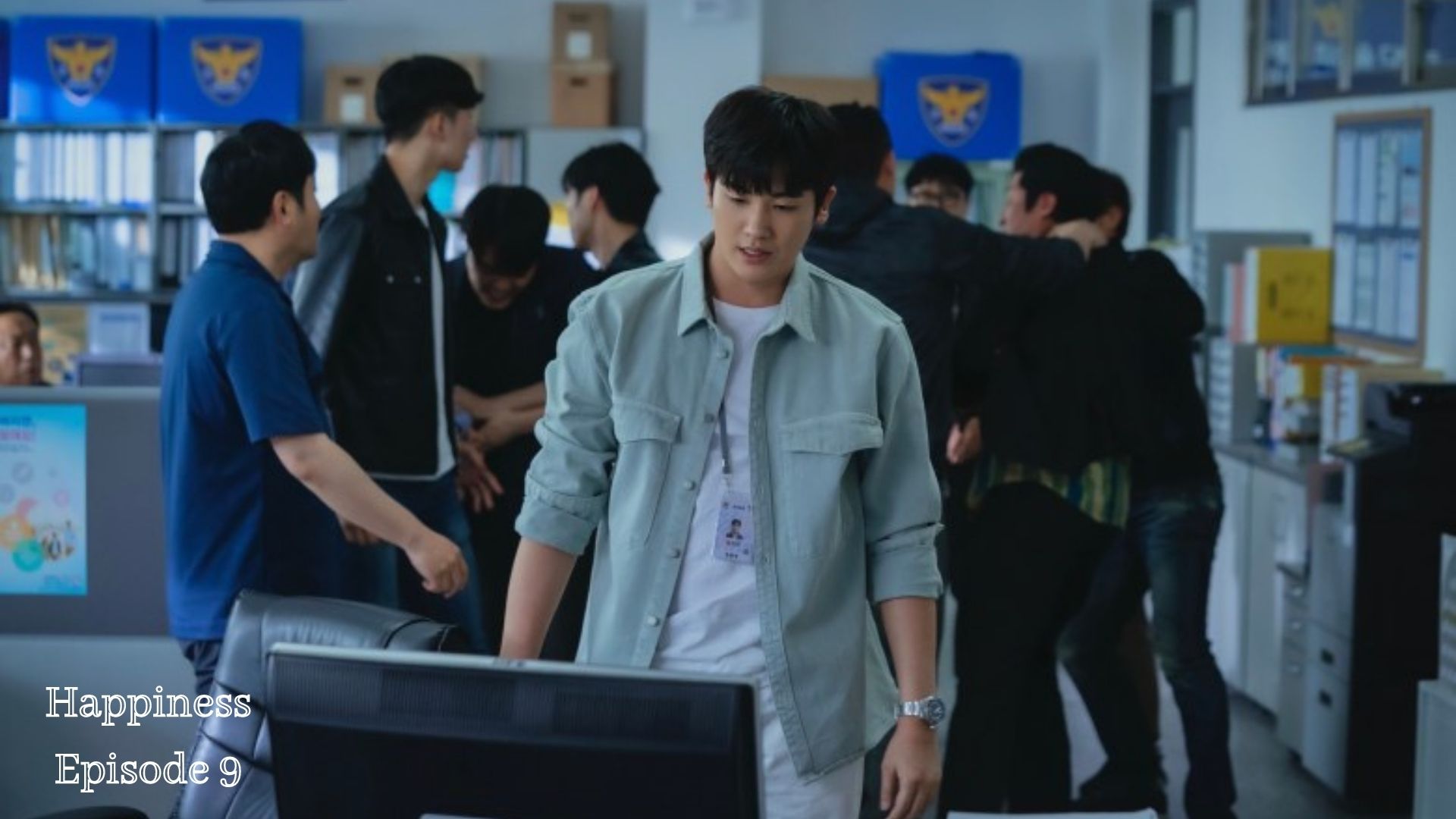 Happiness Episode 9 is going to be on the screen soon enough. The South Korean drama series has bagged the position in everyone’s watchlist, and we are sure that it is going to be one of the globally recognized ones for a very long time. The layers of the story in the show have taken a toll on everyone’s mind in a good way, and the excitement can be seen on social media platforms. They are entirely packed with new updates, fan edits, and theories about the show.

Han Hyo Joo, Park Hyung Sik, and Jo Woo Jin have won the show and the audience with their amazing skills and character portrayal. Their adaptation into their respective roles is so fine that at times you can’t even tell them apart. Every scene of the show has been worth watch because of them, and they have become the favorites of many out there.

The upcoming, i.e., the ninth episode, is in talks, and we are here to tell you about the same. We have gathered up all the details about the same. So, let’s have a look inside.

Happiness Episode 9: When Is the New Episode Airing?

The eighth episode of the drama series is going to be released on December 3, 2021, at 7:10 PM. Undoubtedly, the South Korean drama series has reached the peak of its popularity, and its performance chart is just speaking facts.

Packed with unexpected twists and turns and, of course, some good and thrilling romance, the drama series is going to be on the screen again with its ninth episode. Abandoning the traditional concept of the apocalypse behind the drama series has adapted itself into something entirely new, and that experiment has bloomed out into something really admirable.

Thriller and action mixed with a bit of romance and comedy is always a fantastic combination to have. The creators of the show have done a great job in doing the same. They have weaved every particular genre keenly into every character of the show. The perfection level is really neat, and every episode is a clear proof of the same.

We see the whole city consumed by a wave of panic when a deadly virus spreads its claw at the people living there. Overall, the show is a package of everything, and if you haven’t already started watching it, then it is going to be a big loss.

ALSO READ: Would You Like a Cup of Coffee? Episode 12: Spoilers & Preview

Happiness Episode 9: Where to Watch?

tvN is the platform for you if you are a domestic resident of South Korea. Switch to the respective channel on your television, and you can enjoy the whole show without any interruptions. Moreover, you can also reach out to the website TVING for streaming the show online.

Though, Viki and iQYIY are the platforms for you if you are an international audience. You can stream the show on the respective platforms with a subscription plan which you can easily decide on your own. Also, remember the point that the subscription plans may vary according to your resident regions.

“Happiness” has bagged lots and lots of positive reviews and encouraging ratings for its perfect and unique plot points and the way of its portrayal. The flow of the storyline and the character development in the story have managed to get a good grasp on everyone. If you are a regular follower of the show then you would know about the thrilling nerves that goes inside your body when you are watching the episode and waiting for your theories to come true.

The build-up of the show has been really well, and the quality content it is giving out is something every K-Drama fan is enjoying. Several situations are going inside the show, and each scene has imprinted itself on the mind of every viewer out there.

The deadly virus has caused the city to go into utter chaos, and our three main characters are doing their best to come up with something to bring the whole situation into a stable status. The romance between Yoon Sae Bom and Jung Yi Hyun is something really sweet and thrilling at the same time. Their characters have evolved a lot in this duration of the previous eight episodes. It is for sure that they have become one of the favorite couples of everyone and are going to be the best ones out there.

Many mysteries and misunderstandings are going to be resolved in the upcoming episodes. And you should not miss them no matter what.

ALSO READ: Her Private Life Kdrama: Cast Updates And Where To Watch

Who is Ashanti’s Boyfriend? All About The Singer’s Dating Life