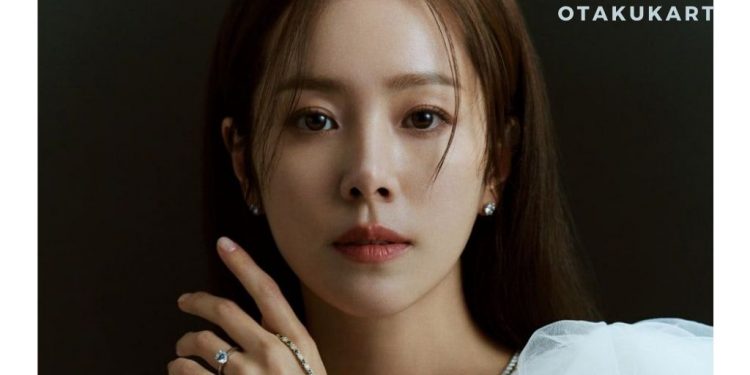 Han Ji Min says she feels the most pretty in her next film, “A Year-End Medley”. The South Korean actress recently took part in an interview and photoshoot with 1st look, where she brilliantly portrayed her character So Jin from the movie. Sporting a lovely and delicate look, she was seen wearing pastel-colored off-the-shoulder outfits. According to Han Ji Min, this was the one project where she felt that she looked her best. She believes that even her fans have found her attractive in ‘A Year-End Medley,’ as she has donned a natural look in her past projects. The actress had her breakthrough in the revenge series Resurrection in 2005, after which she had leading roles in projects like Capital Scandal, Rooftop Prince, Familiar Wife, and more. She has won the Best Actress award for One Spring Night (2019), Miss Baek (2019 and 2018), and more. She is known for her rough appearance in Miss Baek.

The 2021 romantic comedy ‘A Year-End Medley’ features a cast of Lee Dong Wook, YoonA, Kang Ha Neul, and others. The story revolves around So Jin, played by Han Ji Min, a hotelier who hid her feelings from her long-time friend for fifteen years. The hotel manager is then told by a fortune teller that her soul mate will confess his feelings for her before the end of the year. Lee Dong Wook is also seen playing the CEO of Hotel Emrose, who falls in love with the housekeeper. The movie was released on 29th December 2021. The fans will be seeing the ‘Miss Baek’ starrer in a new light as Han Ji Min is best known for her roles in the melodramatic genre.

The film not only depicts the story of a hotel manager and her unrequited love but also revolves around the lives of the visitors of the Hotel Emross. According to Han Ji Min, the movie is more than just a love tale between a man and a woman. It also shares the lives of individuals who care about others and their sentiments. She believes that most of the audience will be able to relate and sympathize with the movie as it shows the storylines of its various characters.

The film is filled with many emotions and is bound to leave the audience satisfied. This plot of the movie was one of the reasons why Han Ji Min decided to take on a role out of her comfort zone. The movie has been highly awaited by the fans, all because of its cast. While the movie has a cheerful and upbeat vibe, the fans have been keeping an eye on the Behind-The-Scenes for Han Ji Min’s chemistry with Kim Young Kwang. The fans love Han Ji Min for her versatile acting.

Similarities Between So Jin and Han Ji Min

The other reason why Han Ji Min took on the role of So Jin was how relatable her character was to her own. In an interview, the actress stated that she has trouble stepping into new relationships and therefore hesitates to be in one. She knows what it is like to have a crush on someone and how terrifying it can be. She has revealed that just as So Jin, Han Ji Min once had an unrequited love as well. When she was young, she had a crush on someone and kept her feelings confined as she feared rejection and didn’t want their relationship to get ruined. In the past, she would only go out with a guy if he asked her out first. By playing the character of So Jin, she has realized the true power of confidence.

Han Ji Min has also shared that as she progressed, she realized that she wanted to do more versatile roles. She used to think that she should only do the roles that suited her personality, but over time, she believes that people should be able to do projects that are out of their comfort zone. Moving forward, She believes that as people grow, they need to adapt to their changing environment.