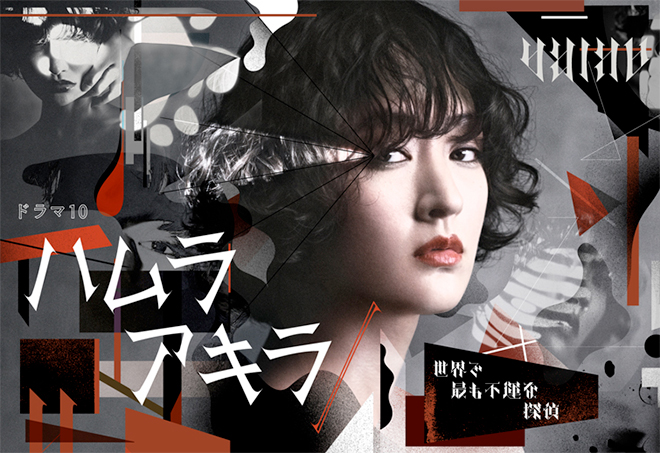 Japanese drama Hamura Akira- Sekai de Mottomo Fuunna Tatei was quite the famous one upon its release last year. The drama is like a short drama that starts with the narration of Akira Hamura and ends with hers only. The other name for the drama is Akira Hamura: The Detective Most Unfortunate in the World that found its inspiration from Wakatake Nanami’s Onna Tantei Hamura Akira Series. Hamura Akira- Sekai de Mottomo Fuunna Tatei release date was on January 24, 2020, at 22:00 on the NHK network.

Hamura Akira- Sekai de Mottomo Fuunna Tatei starts with the dead body of a woman lying upside down. She was in the middle of an isolated area. The scene shifts to the arrival of the police at the crime place. It is stated that a mysterious dead body is found on June 17. Detectives arrive to examine the body wherein they say the face is completely unrecognizable. They began talking among themselves as to who could have done the crime. Now, we came to know about the identification of the girl as Akira Hamura.

Also Read: A Tale Of The Thousand Stars Episode 8 Recap

The drama then starts with the narration of Akira saying her name and nationality as Japanese. She also says that she works as a part-timer in the store Murder Bear Bookshop, whose speciality is keeping mystery books. Akira is also an investigator for the White Bear Detective Agency. Moreover, she mentions her agency starting as a joke by the owner of the bookshop, Toyama. She is also one most unfortunate detectives in the world as she always gets into trouble while working on the cases.

Akira wishes to work with Shibata Kaname, Muraki Yoshihiro, and  Hayami Osamatsu from Kageyama Higashi Police Precinct. However, she respects the intellects of Okada Shotaro, who is the  Tokyo Metropolitan Police Department’s superintendent. Akira also always faces unforeseen events during her cases. She also puts her life in jeopardy while solving many cases. Akira also has one elder sister, Suzu. But, she is not on good terms with her sister and dislikes her. After coming, Suzu gives her overtrip seas ticket for making up with her. Suzu also forces Akira to go. But, at last, we see that a dead body is discovered in the mountains with the ID of Akira. The rest of the series entails what happened with Akira and how her identity landed with another person. Did she put her life in jeopardy again?

Hamura Akira- Sekai de Mottomo Fuunna Tatei season 2 renewal has not taken place as of writing. It has long been since one year that the show completed airing. However, there is no news on the official revival or renewal of the drama. Renewal depends on the viewership, ratings, and also ending of the series. But, the series finale did leave some holes for making another season of the drama. Hamira Akira- Sekai de Mottomo Fuunna Tantei ended with the note wherein she days to Okada Shotaro to wait for her as she will reach up to him soon. He also smiles and says that now she is very confident about herself. If the series is planning on revival, then it has the possibility of announcing the same soon. But, one cannot exactly say about it.

Hamura Akira- Sekai de Mottomo Fuunna Tatei season 2 release date is not fixed yet as even renewal took place yet. If the renewal happens now, Hamura Akira can get a release by the end of 2021 or the first half of 2022. If it follows the previous schedule airing date, the drama has the chance of running from January to March. But, the drama has to get a revival for everything to proceed further. Until now, even the news has not officially come. So, the drama may or may not return for another season.