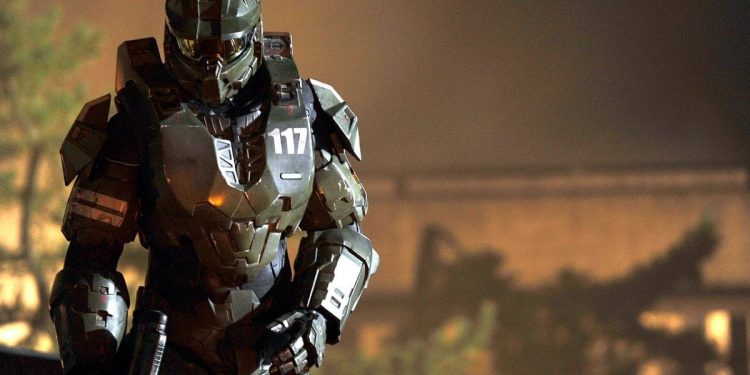 The wait is finally over! Halo TV Series is confirmed exclusively for Paramount+. The American television drama is an upcoming military science fiction that is based on the ‘Halo’ game franchise. The official trailer of Halo was released during The Game Awards 2021. The development of the television series started way back in 2015. The production was delayed due to the covid-19 pandemic. The American drama is shot in Ontario, Canada. The first season of Halo that is releasing in 2022, will consist of 10 episodes.

Halo is one of the highest-grossing media franchises in the world. Furthermore, the Halo Universe has been used in Short and animated movies, feature films, novels, graphic novels, and comic books. The series is based on the futuristic time of the 26-century. The story revolves around a war between the United Nations Space Command and the alien force. The story is beautifully written and developed by Kyle Killen and Steven Kane. The action-packed series will show how humanity will deal with the Alien force on earth. Read on to find out everything about the upcoming science-fiction series Halo. We’ll talk about everything- from its release date to the main cast of the show.

What is the release date of the Halo TV Series?

Where to watch Halo TV Series?

As of now, the series has an exclusive deal with Paramount+. So, people with Paramount+ will be able to watch Halo as soon as it airs. Paramount+ is available in North and South America, Australia, the Middle East, and the majority of the Nordic Countries. However, Paramount+ is launching in more than twenty-five countries of the European Union in early 2022. Some of the countries are Germany, Italy, Switzerland, Austria, Poland, Portugal, Spain, etc.

Where is the ‘Halo’ trailer available?

The first official trailer of Halo was released during the Game Awards 2021. The trailer was uploaded by the official channel of Paramount Plus on Youtube. The video has gotten more than four million views since it has been uploaded. The trailer has gotten a positive response from the audience. The visuals look breathtaking and amazing.

The trailer is narrated by Dr. Catherine Halsey, who is the scientist for the United Nations Space Program. In a scene, it is shown that people are getting ready for a war against the alien force in the 26th century.

The series will follow a different timeline than what is depicted in the Halo franchise Xbox video games. If the makers would have used the same universe, the audience would have to first play the game to understand the series better.

Who is in the main cast of the upcoming sci-fi tv series?

The protagonist of the show is the Master Chief officer of the show, John-117. He is a towering soldier, also known as Spartan, in the show. This character is played by Pablo Schreiber, who is famous for his role in Orange is the new black. Other characters of the show include:

How many episodes will be there in Halo?

The Halo series signed an exclusive deal with Paramount Plus. There are a total of ten episodes in Season 1. However, according to the IMDB website, one of the episodes is decreased, and there will be a total of nine episodes now. If the series is able to get a better rating, we can also expect a Season 2.

Also Read: What Next Business Or Product Is On It’s Way In Shark Tank Season 13 Episode 10?