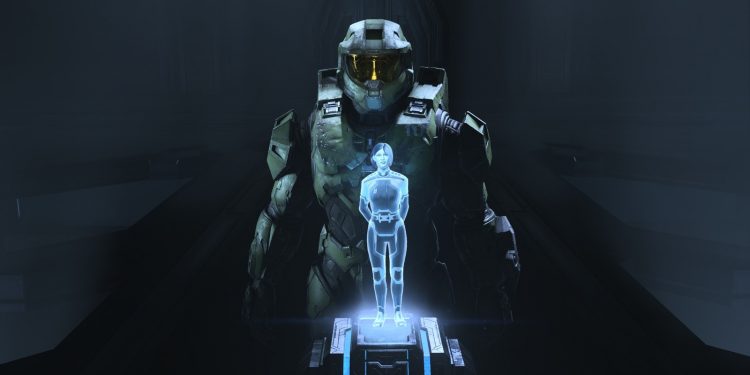 Halo Infinite is one of the most popular first-person shooter games of Xbox Game Studios. It was released on December 8, 2021. If you have been playing the game since the release, you would be done with the campaign of Halo Infinite. There are different difficulty levels available in the game. However, if players beat the legendary difficulty, they would be rewarded at the end of the campaign. The legendary difficulty has an altered ending when compared with the normal or heroic difficulty.

Halo fans have been going crazy since the legendary ending is here. Everything about the ending is perfect. The voiceover, the animation, and the music send chills down the spine. Read on the article to understand Halo-Infinite Legendary Ending ending on a deeper level. We will also talk about the theories around it. Halo Infinite is available in single-player as well as multiplayer mode. Earlier, Halo Infinite was exclusively available only on Xbox Series X/S and Xbox One. However, it is now also available on Microsoft Windows.

After the Halos are fired, Zeta’s halos’ monitor makes a shocking discovery of the ring, ‘The Endless’. It finds an undocumented species known as ‘Xalanyn’ with unique halo immune properties. Zeta questions whether the foreigners were hiding Xalanyn from her or whether they have no idea about their unique properties. Then, she moves Zeta Halo to Endless Home World. Here the group of a few surviving foreigners organizes a meeting with delegates from both species. They try to understand what Endless can endure on Halo.

The ending shows the year 97,368 BCE written on the screen. From what I believe this is the continuation of the ending prelude I discussed above. A new foreign character is shown in the scene called the ‘Grand Edict’. He wants to imprison the Endless. He says that he will inform the delegates (that went to the meeting) to proceed. After listening to what Grand Edict just said despondent Pyre gets confused as they were there to help.

But, Grand Edict doesn’t care anymore. Because according to him, he is imprisoning the Endless to maintain order and preserve and protect the truth of the foreigners. He wants everyone to forget that Endless ever existed. After imprisoning them, the engineers will investigate and try to come up with the qualities that make them immune to Halos.

The scene ends with Grand Edict saying that the delegates of the meeting have given the orders to deploy offensive bias to the despondent Pyre. For those who don’t know Offensive Bias is a Forerunner of artificial intelligence. It was created to stop the Mendicant Bias during the war where Mendicant Bias was available in a larger quantity than Offensive Bias. However, they were still able to win the war.

Who are Endless in Halo Infinite Legendary?

Endless are the undocumented species that are referred to as ‘Xalanyn’ in the ancient audio records. They were once an advanced ancient race and their members were imprisoned by Forerunners by 97,368 BCE. However, their cylix was discovered by Atriox in 2560. They have some unique properties which make them immune to Halos. There is a big possibility that they are the precursors.

Is Atriox Alive In Halo Infinite?

At the end of the game, we can see that War Chief Escharum is the leader of the Banished. You might be surprised to see that as Atriox was the one who founded Banished in the first place. However, in the post-credit scene, we can see that Atriox is still alive. He is seen liberalizing the Endless in some forerunner structure.

Also read: Halo Infinite: Everything About The Xbox Game

Who Is Harbinger In Infinite Legendary?

Harbinger is shown as an ally to Escharum in the game. There is a high probability that Harbinger is herself a female Xalanyn or Endless. She was awoken from the cylixes by the Banished. Because Escharum wanted to repair Zeta Halo to unleash the Endless which have unique property which makes them immune to Halo.

The games leave a lot of questions unanswered. We have to wait for the next sequel of the game to know if our theories are correct or the reality is completely different.

Also read: What is Xbox Cloud Gaming? Benefits and Features