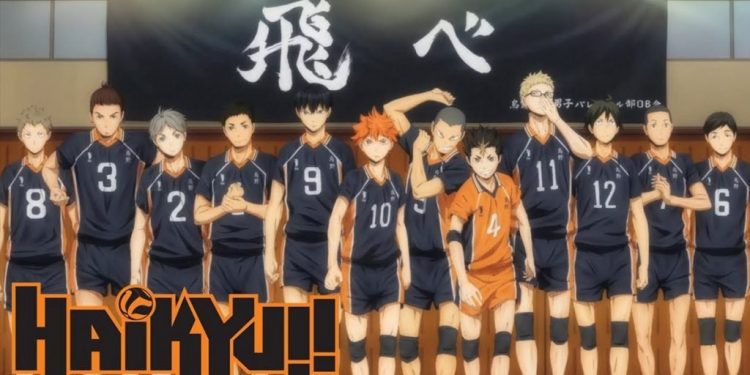 With the mark of the new year, are you ready to celebrate the birthdays of your favorite characters from Haikyuu, starting December itself? If you are wondering when is the birthday of your favorite character from Haikyuu, we are here for your rescue. Now you can not only be aware of the birthdays but also their zodiac Signs. Don’t get worried if you are new to this fandom, through this piece of work, you will get a little spoiler, nothing more than this. Haikyuu!! is a very well-known name in the world of anime. The watchlist of an anime lover will not be completed without Haikyuu!! added to their list. The four seasoned anime series, along with five OVAs, is ruling its genre as no other anime from the sports genre ranked this high.

The anime series is inspired by the manga series of Haikyuu, which was drafted and illustrated by Haurichi Furudate. The manga was released on 20th February 2012. Later, the anime series based on the manga was released on 6th April 2014. Both manga and anime cover the life of a 16-year-old boy who develops an interest and passion for becoming the best volleyball player. His life adventures and his journey to achieve his goal are illustrated as a story.

ALSO READ: How old are Hinata and Kageyama in Haikyuu?

Very first on the list is the protagonist of the series Shoyo Hinata. Most of the time in the series, Hinata stayed the first-year student at Karasuno High school. After joining the volleyball team of this school, he joined as one of the middle blockers. Hinata is an average heightened boy that stands 162.8 cm tall. He has orange hair and brown eyes and has a thin built body. Shoyo has a very cheerful, energetic, and optimistic personality. He can get loud when getting excited. Most of the time in the series, Shoyo seems to have a very simple personality that resulted in making his decisions rash. But after he made a character development, he became quite observant and analytic. Being the protagonist of the series, Hinata has some good skill sets.

He was termed as the ‘Ultimate Decoy’ as he has this ability to attract opponents, and they put their complete attention on him. Other than this, he has a great speed and stamina that helps his gameplay.

Tobio Kageyama, the coolest character in the series, Tobio is the deuteragonist of the Haikyuu series. He is a first-year student of Karasuno High School. Kageyama is titled the ‘king of the court’ due to his ultimate gameplay. He is referred to as a volleyball prodigy by many coaches and expert players. He can be the best captain, but due to his self-centered personality, he didn’t notice the opinions of his teammates. Tobio is a tall heightened, and well-built young boy. He has simple black colored hair with a pair of black eyes. His lean muscular body, makes him look even more handsome. Tobio is one of those proud and arrogant great players. He is short-tempered and gets annoyed real quick.

About his skill sets, he is one of the best players, he has good accuracy when it comes to target. Tobio, along with Hinata, are known as “Oddball Combo”. The technique was developed by both of them during the three-on-three matches against Tsukishima, Yamaguchi, and Daichi.

Daichi Sawamura was a third-year student of Karasuno High. He was the captain of the boys’ volleyball club. A the time when Ukai was hospitalized, he has to take the responsibility to lead the team as a leader. Daichi has short black hair with dark brown eyes. Although being the captain, he is not so tall as compared to his other teammates. However, he has a well-built muscular body that is been noted and appreciated by many other players. Daichi’s personality fits to be called a captain. He is very caring, responsible and puts his team first. Daichi has this trait to be patient when in the worst situation, he rarely gets angry but can get really strict during training.

Being a captain, he is very talented and serious about his skills. He plays as a defensive player for the team. Daichi often takes charge when the team has to face some of the most difficult receives. Later, Daichi also started to participate in offensive techniques. He makes some back-row attack off as a synchronized attack.

The former third-year student of Karasuno High School, He is the vice-captain of the volleyball team and also acted as the substitute setter for the team. Koshi has a slender body with an average height. Sugawara has thick eyebrows that make him distinguished from other characters. He has grey hair with hazel brown eyes and a mole on his left cheek. Koshi is a holder of a very gentle and kind personality towards his teammates. Even though Koshi doesn’t play as the setter for Karasuno high team, he never gave up on his dream of playing. This clearly shows how dedicated he is to volleyball.

Asahi was also a former third-year student at Karasuno High School. Asahi is the ace and wing spiker of Karasuno high’s boy’s volleyball club. By the end of the series, he gave up on playing volleyball and started working as an apparel designer in Tokyo. Asahi is a handsome man and what makes him even more handsome is his man bun. He is a tall and well-built man with dark brown hair and matching eyes. He also has a short scruff growing on his chin. His looks make him look older and intimidating, which makes it hard for people to approach him. Although having intimidating looks, he has a quite gentle personality. However, even after having good skills, he took some time to realize that he was the ace of the team.

He is very talented when it comes to going do some ultimate techniques. Koshi is a master of performing Back row attacks, jump serves, delayed spikes, and feint. He is a complete package and an all-rounder that makes him the ace of his team.

Yu Nishinoya is a former second-year student at Karasuno High School. He served as a libero and is one of the best liberos of the series. Yu is also referred to as the ‘Karasuno’s Guardian Deity’ because of his god-like skills in the game. Although being one of the best players, Nishinoya retired from playing volleyball by the end of the series. Nishinoya is the shortest of all the members of the team. His short stature didn’t prevent him from becoming all muscular. He has black spikey hair with a tiny tuft of brown hair in the front. Nishinoya has a very temperamental personality, he is generally energetic and loud when getting excited. He has a very crazy nature and is very well capable of attracting unwanted attention.

As for his skills, he is able to do some extremely good shots. He can make a good libero toss, can do overhead receives spiking, tolling thunder, digs, and whatnot. This is the reason why he is known as the guardian deity, his extremely good gameplay says it all.

Ryunosuke Tanaka was a second-year student of Karasuno high school. He is the wing spiker for Karasuno high’s boy’s volleyball club. He carries a shaved head with a widow’s peak. Ryunosuke has blue-grey eyes and has a good muscular body. He has an average height that matches the rest of the teammates. A person’s personality can be judged by his face, he is loud and hot-headed. Among the teammates, the person who is most likely to pick a fight is Ryunosuke. Although being like this, he also has a gentle and caring side. Caring for his teammates and caring to win the match.

Being a spiker, Ryunosuke is able to do inner-cross shots, straight spikes, jump serves, and feint shots. All of this combined makes him the best spiker on the team.

The manga and anime of the series are available to stream on legit websites, Viz Media and Netflix respectively.

ALSO READ: Strongest characters of Haikyuu!! from Anime and Manga