The fans and the viewers are very much eager to watch Grey’s Anatomy Season 18 Episode 7 after watching the previous episode. Once again, another episode on the season gave the fans a lot to take away and anticipate the next episode. The American television series has been very popular since it first came out on 27th March 2005. It is one of those few shows that, even after being out there for so long, has got a loyal fanbase. The fans are always looking forward to what is coming next on the show.

The show focuses on several genres like medical drama, romance, dark comedy, and ensemble drama. In addition to that, the show also combines all of these genres perfectly to provide the viewers with a worthwhile watching experience. The show is also considered among the top medical drama tv shows out there. Other than that, the storyline of the series has kept the fans hooked. The regular ups and downs, the drama surrounding the popular characters on the show also contribute to the viewers’ excitement.

Meanwhile, the show has had a long time to give each of its characters a deserving storyline. Whereas a lot of the characters had left the show as well when it was the right time as per the story. Talking about the characters, the star cast of the show includes Chandra Wilson, James Pickens Jr., Ellen Pompeo, Kim Raver, Caterina Scorsone, Scott Speedman, Kevin McKidd, and many more. On the other hand, a popular American television producer Shonda Rhimes has created this show. The ongoing eighteenth season of the show started airing on 30th September 2021. However, the fans are now awaiting the release of Grey’s Anatomy Season 18 Episode 7. But first, let’s take a recap of the previous episode. 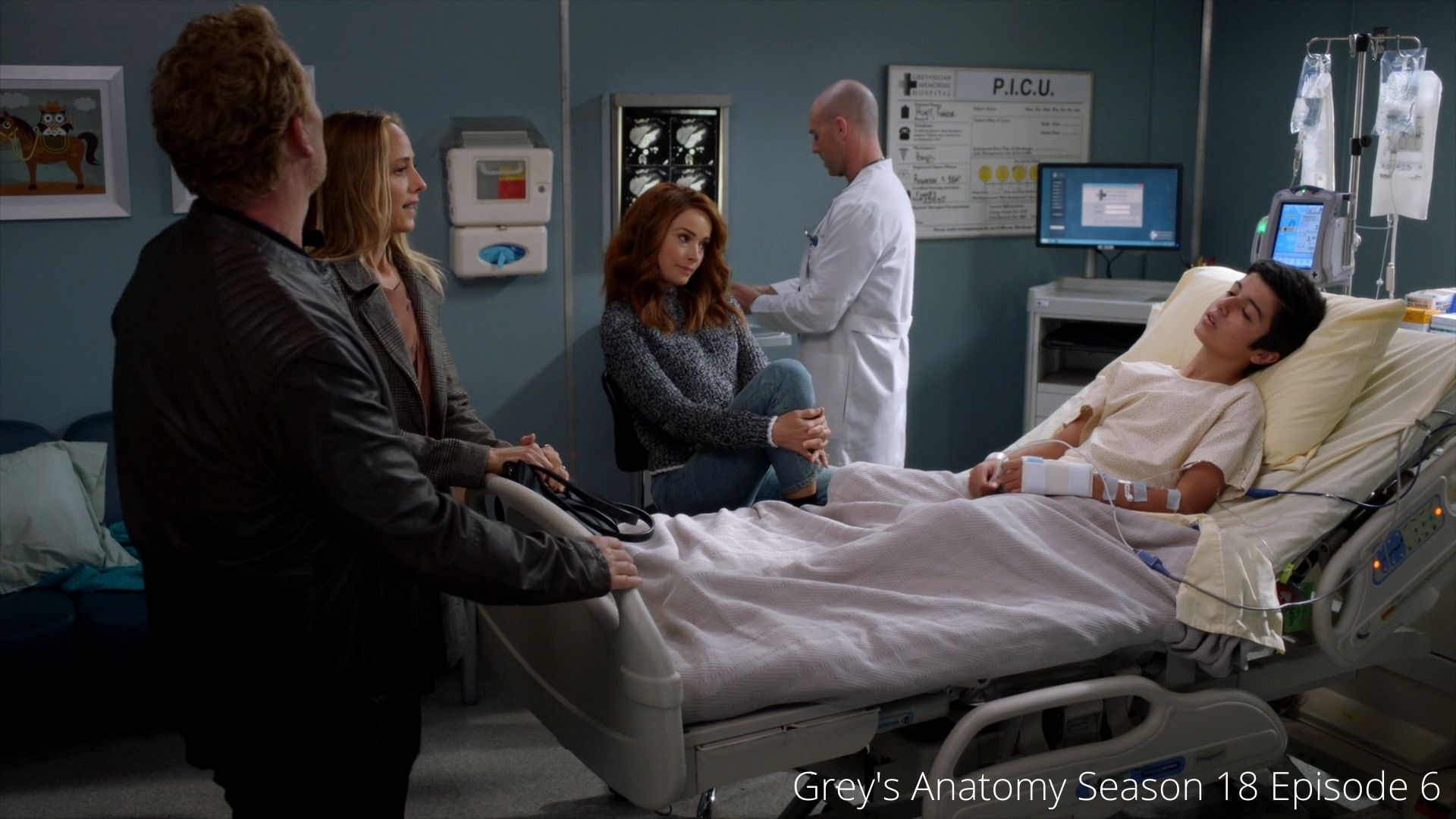 Episode 6 of Grey’s Anatomy Season 18 came out on 18th November 2021. Furthermore, the episode was titled “Everyday Is A Holiday (With You)”. The episode opened up with the spirit of Thanksgiving everywhere. Meanwhile, Meredith was about to leave Minnesota to get back to her family, but her flight got delayed. On the other hand, Nick left for his cabin to spend time during the festival. So Meredith decided to stay at a hotel and talked to Nick, keeping him company while he drove to his cabin.

On the other hand, we saw Richard and Levi waiting for new patients to arrive in the ER, but there were no emergencies. However, a patient named Ashley arrived at the hospital on her own in bad condition. They took her inside and performed an MRI on her. But soon, her condition started getting worse, and they had to get her ready for surgery. Meanwhile, Teddy was spending with Megan and Farouk in the hospital. Whereas Owen was about to head home to prepare the Thanksgiving dinner. Although, he saw an old patient of his named Noah come in.

Noah asked a favor from Owen to get his kid’s mind out of it all, so Owen took Noah’s kid to play games. On the other hand, Lincoln stayed with Amelia to her out with the Thanksgiving dinner. Later on, they got close and had an intimate moment. On the other hand, Meredith and Nick also got intimate at the hotel when Nick came back to spend time with her at the hotel. Whereas, Richard, Levi, and Wilson successfully perform the surgery and save Ashley and her child. On the other hand, Owen learns that Farouk will now need a heart transplant. In the end, Richard, Bailey, Levi, Wilson, and Nico celebrated Thanksgiving at the hospital eating pie and dinner.

Grey’s Anatomy Season 18 Episode 7 will release on 9th December 2021 at 9 pm ET on ABC. Moreover, the episode will be titled “Today Was A Fairytale”. The previous episode gave the viewers a lot to cherish and look forward to for the next episode. The next episode will show us how Meredith and Nick take their professional life forward after their moment in Minnesota. They will have a conflicting decision when Nick’s best friend arrives as a patient. So don’t forget to watch the episode when it comes out after a break of 3 weeks.

The long-running medical drama series has always got the viewers hooked and this time it’s the eighteenth season. That is why they are searching about where to watch Grey’s Anatomy Season 18? The answer to that question is a rather simple one. “Grey’s Anatomy Season 18 airs every Thursday at 9 pm ET on the ABC television network.” Furthermore, the episodes are available to stream on Amazon Prime Video. Other than that, the viewers can head to Hulu and Youtube TV to watch the show. Meanwhile, the viewers in India can stream the show on Disney Plus Hotstar. Therefore go right ahead and start watching this amazing show if you haven’t already.

Where and How to Watch Hellbound Season 1 Online?

Sarah Michelle Gellar Net Worth in 2021: How Much Does The American Actress Earn?

Sarah Michelle Gellar Net Worth in 2021: How Much Does The American Actress Earn?

The longest-running tv series in the genre of medical drama around the world has got the fans anticipated about the...

The sixth season opener ultimately explains the cliffhanger conclusion of the previous season. Cheryl's preoccupation with pagan rites creates another...

‘Now, We Are Breaking Up’ Episode 4: Release Date & Spoilers

Where Is The Christmas Card Filmed? Locations & Plot