The fans are excited for the release of Grey’s Anatomy Season 18 Episode 4 after the events of the previous episode. Although, the excitement of the viewers is not a surprise considering the popularity of this show. In addition to that, there is one other reason for the hype. One of the previous characters of the show has once again returned to the show that has added to the excitement. However, the series itself has kept the fans intrigued and hooked with its amazing storyline and character development.

The show first came out in the year 2005 on 27th March and became a huge hit. It received a massive viewership number of over sixteen million views in the first episode of the series and that only in the United States alone. However, the success did not stop there as the show managed to keep the viewership high throughout the seasons. This was also one of the reasons the series kept on getting renewed for new seasons every year. Another major reason behind the success of the series is its characters throughout the years.

The star cast of the show includes Ellen Pompeo, Chandra Wilson, James Pickens Jr., Kevin McKidd, Kim Raver, Camilla Luddington, Caterina Scorsone, Kelly McCreary, Jake Borelli, Chris Carmack, Scott Speedman, and many more. Meanwhile, the well-known television producer Shonda Rhimes has created this exceptional series that follows the genre of medical drama. After going on successfully for almost 16 years, we are now in the eighteenth season of the show that has premiered on 30th September 2021. Moreover, after watching episode 3 of this season, the fans now want to watch Grey’s Anatomy Season 18 Episode 4. However, let us first take a recap of the previous episode before we discuss the next episode’s release date. 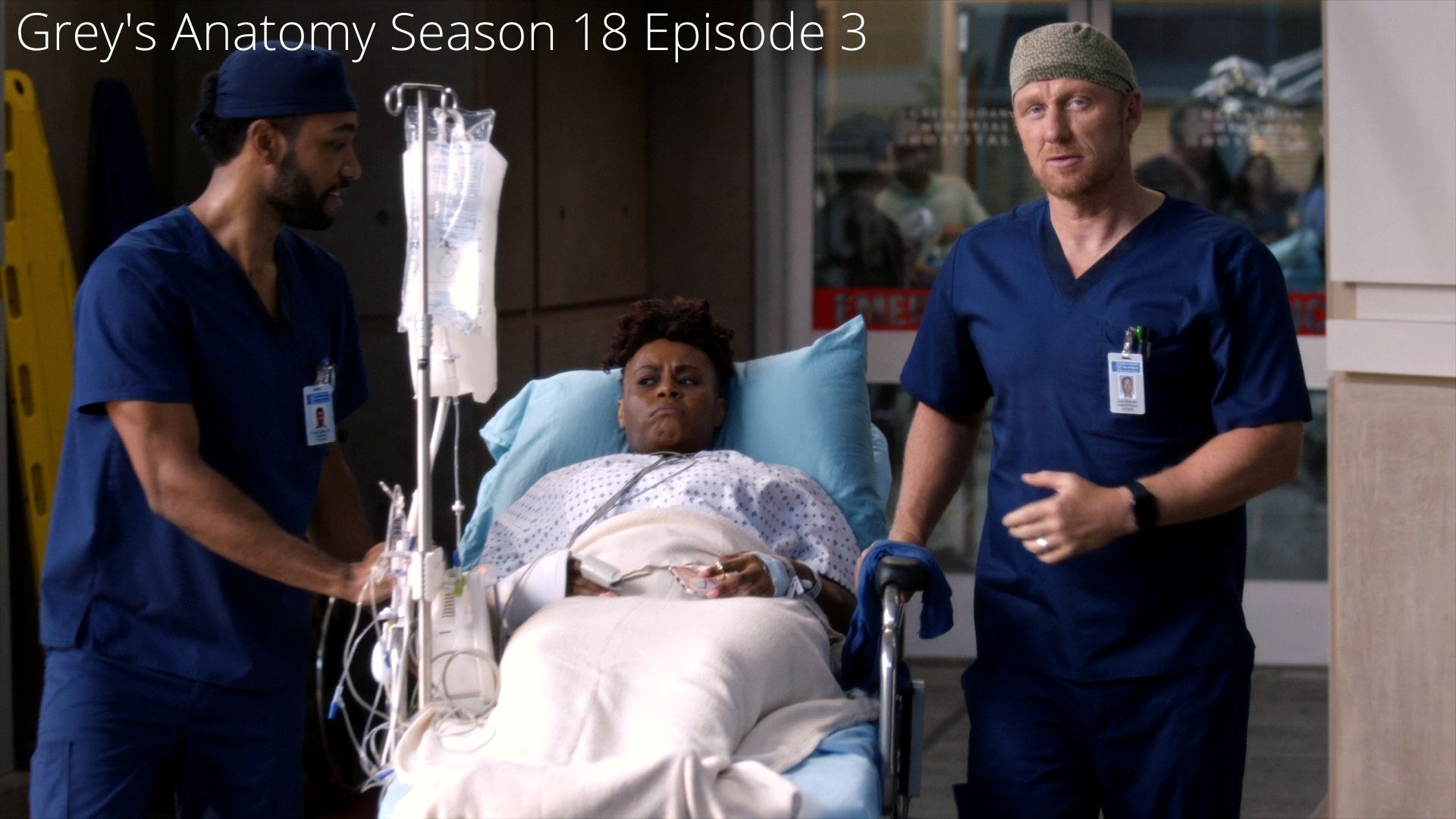 Episode 3 of Grey’s Anatomy Season 18 came out on 14th October 2021. Furthermore, the episode was titled “Hotter Than Hell”. The episode began with Amelia and Meredith getting ready for work and talking about the high temperatures on the day. Meanwhile, at the hospital, we see the young residents getting ready for the Grand rounds as Dr. Richard calls them to inform them about the big surgery. Finally, we see Dr. Addison Montgomery‘s return as she chooses one of the residents to assist her in the surgery whereas the others observe the surgery and answer Addison’s question.

Soon things get difficult in the hospital as the cooling system breaks down which puts a lot of treatments and surgeries on hold. On the other hand, Dr. Winston asks Owen for a favor and that is to perform a kidney transplant for one of his patients as the other surgeons are held up. Owen agrees to do it but later on, he calls a favor from a friend who brings in a truck that has the facility of an operation room. Whereas at the big surgery, Addison calls for Meredith to help her out with her area of expertise.

Meanwhile, Teddy and Lincoln go on the roof to try and fix the cooling system. However, Lincoln soon gets frustrated as he cannot fix it and tells about his situation with Amelia to Teddy. They both have a heartful talk that calms down Lincoln. On the other hand, Grand round surgery goes successful and Meredith and Addison later share an emotional moment. Finally, the cooling system gets repaired and the temperatures start getting normal. Meanwhile, Teddy organizes a cooling party in the morgue of the hospital to give relief to everyone. In the end, we see, Addison join Meredith and Amelia at their house and she gets very happy after meeting Meredith’s kids.

Grey’s Anatomy Season 18 Episode 4: When Will It Release & What To Expect?

The audience of the long-running medical drama series has gotten quite excited after watching the previous episode and cannot wait for the next one. “Grey’s Anatomy Season 18 Episode 4 will release on 21st October 2021 at 9 pm ET on ABC.” Furthermore, the episode will be titled “With A Little Help From My Friends”. The next episode will be a rather exciting one as we will see the young residents on focus. Richard will announce that they will be performing surgeries on their own for the first time. Meanwhile, Miranda will not like this idea that will bring in some drama. So stay tuned for the episode to release this Thursday.

Where To Watch Grey’s Anatomy Season 18?

A lot of viewers from all around the world have been big fans of this popular medical drama and the eighteenth season is now live. Therefore, they are searching about where to watch Grey’s Anatomy Season 18 online? Well, this question has a rather simple answer to it. “Grey’s Anatomy Season 18 airs every Thursday at 9 pm ET on the ABC television network.” Other than that, the episodes are available to stream on Amazon Prime Video and Hulu. Furthermore, Season 18 is available to watch on Disney Plus Hotstar and Youtube TV as well. So go ahead and watch it if you have not already.

The upcoming episode of the ongoing season that is Chicago PD Season 9 Episode 8 has got the fans excited....

Is Whitney Dean Pregnant With First Child? All To Know

Will Iguro Obanai die in Demon Slayer? The Fate of The Snake Pillar