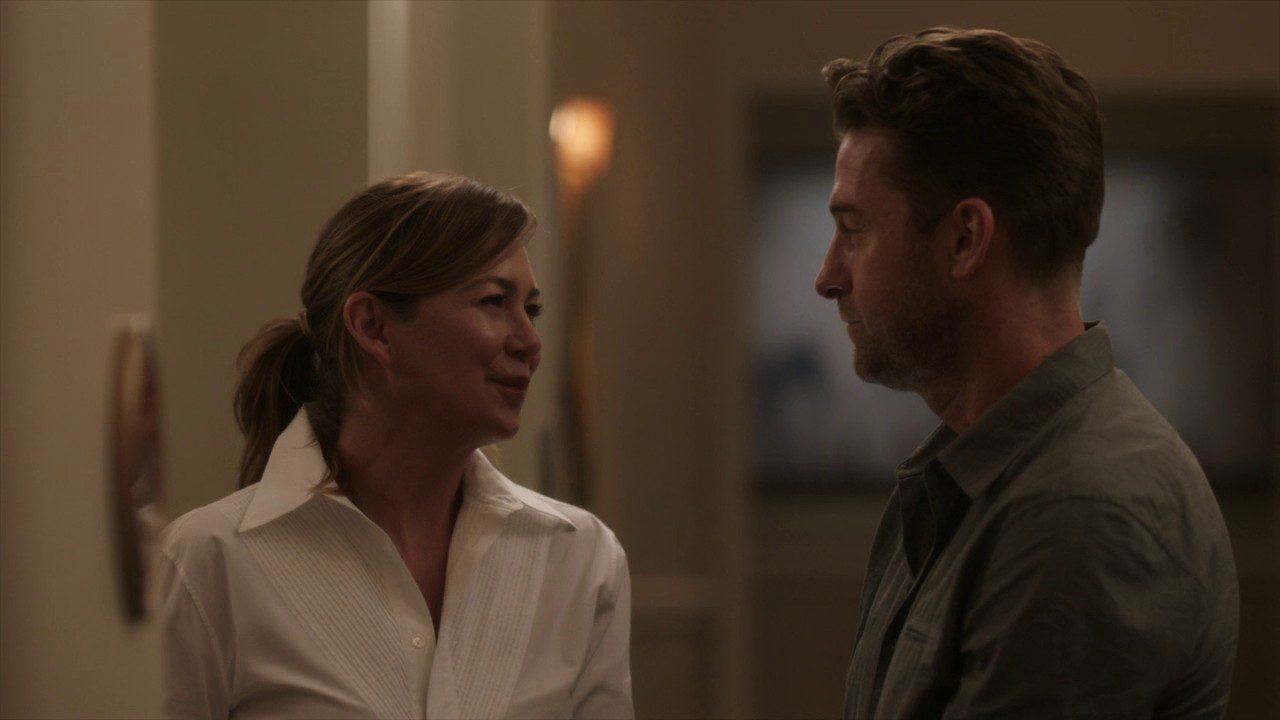 Grey’s Anatomy Season 18 Episode 2 may see Meredith hanging her future at Grey Sloan in the balance. But is that really the reason she might be planning to stay in Minnesota? Probably it may have to do with someone she met there. So the eighteenth season opened up at the end of the pandemic, and things were just starting to get normal. But there were too many changes at the hospital. Including the lack of doctors and Bailey was out there looking for replacements. Amidst this, Grey went to Minnesota, and everyone was worried they may lose another one.

Apart from Meredith, the couples Teddy and Owen and Amelia and Lincoln were put to the ultimate test. First, Teddy and Owen took an off for their marriage until their priest met with an accident when a cycler crashed into him. This led them to come back to work, Coming to Amelia and Lincoln, well Lincoln was looking forward to marrying, but Amelia is still struggling. The only problem is the couple was not able to communicate their feelings until working together gave them insight. Here is what went down.

Previously on Grey’s Anatomy Season 18, we opened up with the continuation of the Phoenix fair in Seattle. All in the celebration of the end of the pandemic. It’s the same fair where things went wrong in the show Station 19, and the same continued here as well. Teddy and Owen’s marriage was in process. Out of nowhere, participants of a cycle came crashing into the marriage. Thus involving the priest officiating the marriage as well. This leads Teddy and Owen to bring the priest to the Grey Sloan, followed by multiple patients. 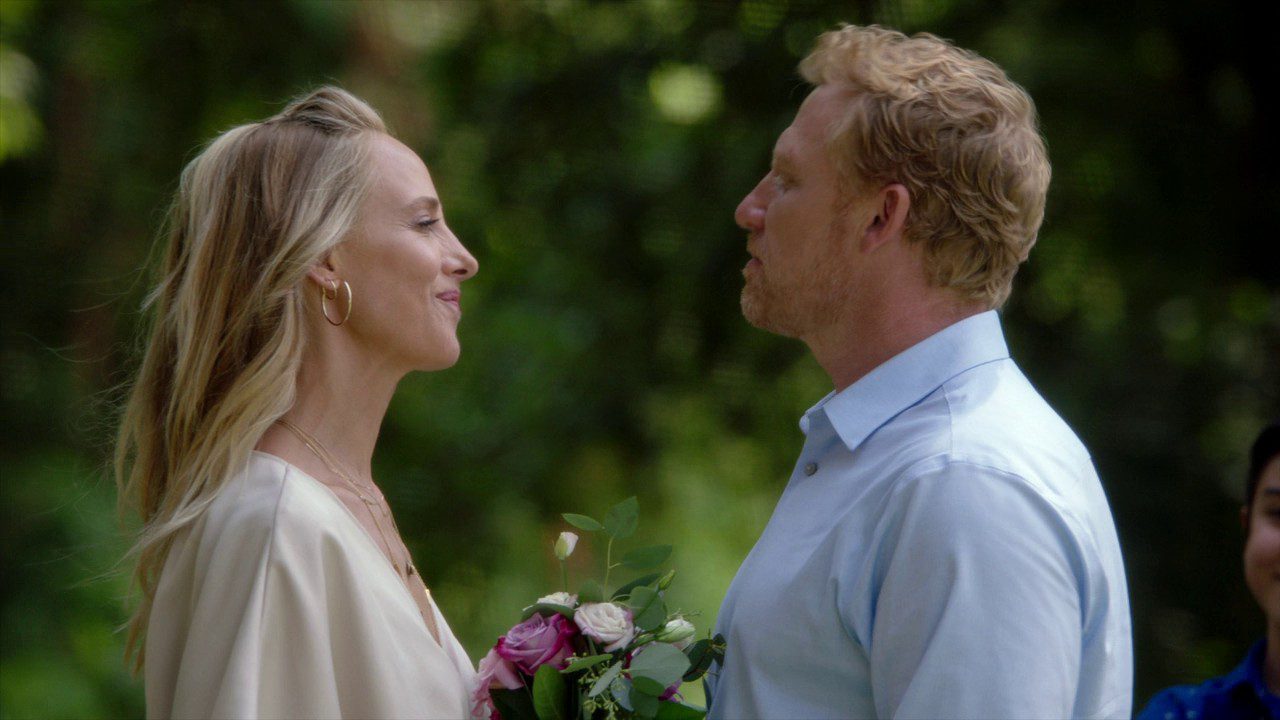 Lincoln and Amelia have been taking therapy and working things out since she rejected his marriage proposal. Amidst the job as well, they constantly crossed over as they had the same patients to take care of. A couple went biking with one of them, who crashed into priests. They were fighting as one of them didn’t want it, but all the other one wanted was to have fun, unlike the other couples who constantly fight over marriage. Amidst the surgeries, Amelia and Lincoln get along really well as Link shows confidence in her.

Meanwhile, Meredith was out there in Minnesota to visit a library named after her mother. The doctors at Grey Sloan were only worried that she would be offered a job there. Meredith thought that would not be the case, but it turns out it is. But she isn’t going to answer it yet. Towards the end of the day, she surprisingly comes across Nick at a hotel as they spend time talking to each other and where they have been. Grey Sloan was afraid they would lose Meredith, too, as they were already looking for replacements for Jackson, Koracick, and Jo. 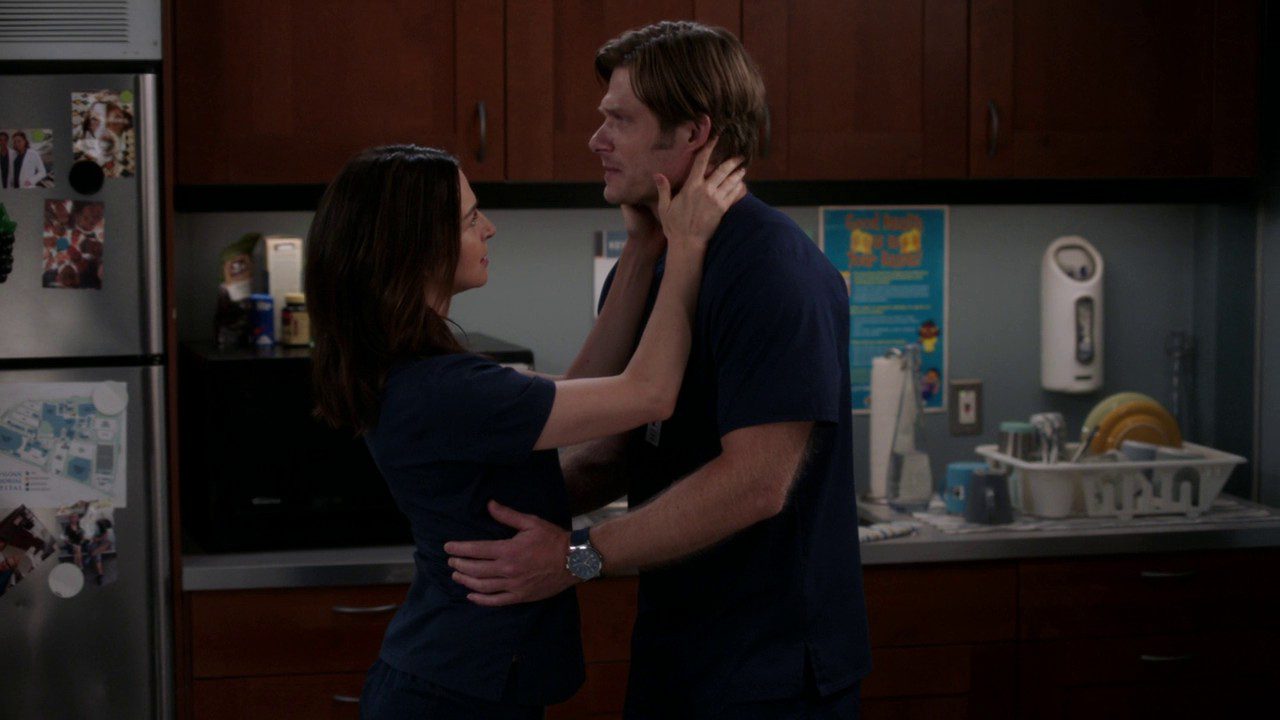 The episode came to a close, with Lincoln and Amelia realizing a thing or two about marriage as they saw a couple. Still, the answer remains to be No from Amelia. Teddy and Owen couldn’t save the father, and there were quite fights among them amidst. In the end, he took her to a marriage celebration she could never forget. Nick walked Meredith back to her hotel room. Bailey invited Hayes and his kids to dinner after she initially kind of rejected the offer. Lastly, we also learned that Jo is having a real hard time taking care of Luna as she sits with Lincoln in the car to close the episode.

Grey’s Anatomy Season 18 Episode 2 is releasing on 7 October 2021. It is titled “Some Kind of Tomorrow”. The official synopsis of the episode says Meredith has turned her head to take advice from Amelia. We are not sure for what, but who knows. She may be really considering the job offer she got in Minnesota. Is this it? The end of the road for her in Grey Sloan, where she made her name. Or probably it’s just about Nick. Will he be the reason for that?

Apart from this, we would be looking forward to where the relationship of Lincoln and Amelia is heading towards. They both realized their love for each other in the premiere of Season 18. It took some confidence and a couple to help, but yes, they did. It’s just Amelia is yet to open up, and Lincoln is yet to realize what exactly they both need. The synopsis also teases Richard will be spending time to re-energize the facility with new teachings while Winston is taking care of the patient with Kidney failure.