All about the successful journey of an American singer, songwriter and actor! 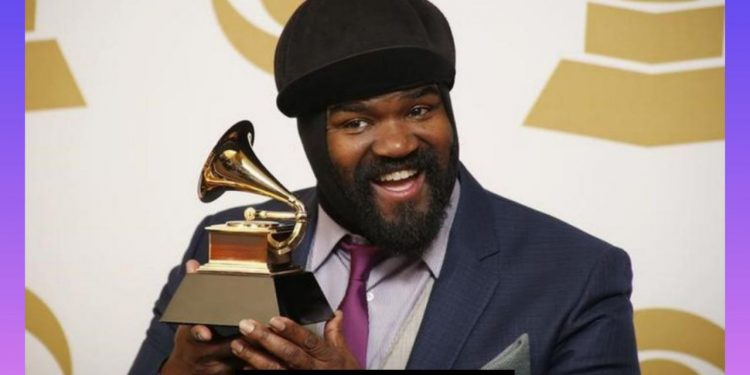 “Sing, baby, sing!” These were the words that Gregory Porter’s mother told him while laying on her death bed. And then guess what? He continued following the path of music, and today he holds two Grammy Awards for Best Jazz Vocal Albums. The first time when he bagged one was in 2014, which was for Liquid Spirit. And then, the second time was for Take Me to the Alley in 2017. His musical journey had helped him to find a place in this vast world. Moreover, today Gregory Porter enjoys not only the success of huge popularity but also the warmth of his healthy Net Worth, which ranges between several Million dollars. Well, if you are curious to know Gregory Porter’s net worth, then we got you covered!

The piece will help you to know more about the successful journey of Gregory Porter. However, our main focus would revolve around his Net Worth. Gregory Porter is a multitalented personality who has mastered the following genres like Jazz, blues, soul, and gospel. He was seven times nominated for the prestigious Grammy Award. Out of which he twice had bagged it! And now, let us move our focus to the main topic of today’s discussion that how much Gregory Porter earns and what is his Net Worth!

Also Read: Is Hank Marvin Married? A Deep Dive Through His Personal and Professional Life!

What is Gregory Porter’s Net Worth?

Gregory Porter’s estimated net worth is around $3 Million. Gregory Porter is an American singer, songwriter, and actor. And his main source of Net Worth comes from his primary profession itself. From the very start, Gregory Porter had potentially captured the limelight. Even his debut album “Water” was nominated for Best Jazz Vocal Album at the 53rd Annual Grammy Awards.

Then, his second album, Be Good, had also received applause from the various corners of the world. This album had several of Porter’s compositions! And it had impressed the critics for both its distinctive singing and the compositions. Interestingly, at the 55th Annual Grammy Awards, its “Real Good Hands” was nominated for Best Traditional R&B Performance.

All about his albums!

In 2010, Gregory Porter launched his first studio album “Water.” It was released on 11th May, under the Motéma Music label. It consists of the following eleven tracks. The tracks are- Illusion, Pretty, Magic Cup, Black Nile, Wisdom, Skylark, 1960 What, But Beautiful, Water, Lonely One, and Feeling Good.

Following which in 2012, he brought his second studio album into the market. It was titled “Be Good.” Motéma Music had released it on 15th February. It contains the following twelve tracks. The tracks are- Painted on Canvas, Be Good (Lion’s Song), On My Way to Harlem, Real Good Hands, When Did You Learn, Mother’s Song, Bling Bling, The Way You Want to Live, Imitation of Life, Our Love, Work Song, and God Bless the child.

Then, the very next year in 2013, he paved the way for his third album that was titled “Liquid Spirit.” On 2nd September, it was released through Blue Note Records. The record also produced six singles. And to its potential, in 2014, this album won the Grammy Award for Best Jazz Vocal Album. Primarily it had fourteen tracks, then several bonus tracks were added.

Then on 6th May 2016, Gregory Porter brought his fourth studio album, Take Me to the Alley, which was released through Blue Note Records. And interestingly, this album helped him to win his second Grammy in a line! It, too, was for Best Jazz Vocal Album. He worked alongside producer Kamau Kenyatta when they recorded the album in Hollywood and New York City between September and October of 2015. It had twelve tracks. But soon, several bonus tracks were added.

The fifth studio album of Gregory Porter was launched by Blue Note Records and Decca Records on 27th October 2017. It was titled Nat King Cole & Me. Interestingly, this was the first time when Gregory Porter recorded with a full orchestra. Following this in 2010, he brought his sixth studio album, All Rise. And then, this year, in 2021, he released his seventh studio album, Still Rising. In 2014 he also had a compilation album titled Issues of Life: Features and Remixes.

Also Read: Who is Ayh.tee from TikTok? All About Him!

Can Naruto Use Sharingan? Unvieling The Most Weirdest Theory Of Naruto Shippuden