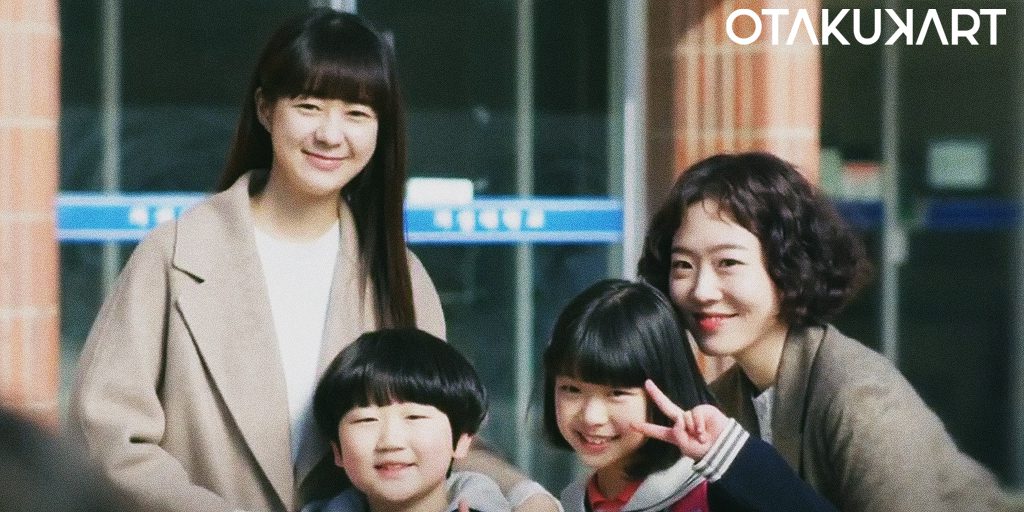 The JTBC hit K-drama Green Mothers’ Club keeps on taking darker turns with each succeeding episode, and it seems like Episode 9 won’t be any different. After pompously throwing around the rumors of Eun Pyo and Luis having an affair throughout the neighborhood, Chun Hui aggressively threatens Eun Pyo to leave the neighborhood for good after a strange sexual harassment accusation against Eun Pyo’s kid Dong Seok concocts among the children. Anticipation for Green Mothers’ Club Episode 9 is high, and it’s not hard to see why.

The corpse of Seo Jin Ha had barely started to decompose before Eun Pyo had to face yet another character assassination, this time of her own child Dong Seok. Eun Pyo didn’t make many attempts to clear everyone’s misunderstandings about her relationship with Luis since everyone seemed to have made conclusions at their own convenience. But as she finds out the discrepancies in the tale told by Chun Hui’s daughter Yu Bin, Eun Pyo’s passiveness goes down the drain, and she not only reveals the truth to everyone in Sanghwi Dong but also threatens to trample all over Chun Hui and kill her if she tries to mess with her kids anymore. Well, viewers have to wait till the release of Green Mothers’ Club Episode 9 to find out what happens in the whole ordeal.

Chun Hui comes to find out from the other mothers in her cult-like group that her daughter Yu Bin has been talking about being continually sexually harassed by Eun Pyo’s kid Dong Seok, along with Yoon Joo’s kid Soo In. This prompts all the mothers in the neighborhood to demand Eun Pyo’s expulsion from the neighborhood (with Chun Hui adding that her kid took away a spot in the Gifted Kids Program from her “deserving” kid). But as it turns out, Yu Bin had been lying to everyone about the whole thing because she wanted to see Dong Seok get kicked off of the school.

Furthermore, she got Soo In on her side by threatening to tell everyone that her mother (Yoon Joo) works in the convenience store to make their ends meet if she doesn’t comply with her demands. Eun Pyo finds this out when she hears other kids talk about Dong Seok’s red underwear color, as Yu Bin told them, but in reality, Dong Seok is very particular about the color of his garments and only wears blue undies and socks.

Green Mothers’ Club Episode 9 will release on 4th May 2022, at 10:30 PM KST (Wednesday). For other regions, that is 7 PM IST, 11:30 PM AEST, and 8:30 AM EST. Green Mothers’ Club is airing on the Korean television network JTBC. In the preview for Ep 9 of Green Mothers’ Club, the Sanghwi Dong mothers are at a loss on who to believe in the whole ordeal – the model student Yu Bin or the goofball Dong Seok. Chun Hui taunts Eun Pyo, saying just because she won once doesn’t mean she will win again because people in the neighborhood only believe in the upright Yu Bin. All the while, Lee Eun Pyo puts all her energy into flourishing her children’s education.

Meanwhile, Yoon Joo regrets moving to Sanghwi Dong, feeling like her greed for seeing her child Soo In be a top student only made Soo In feel inferior. In the Green Mother’s Club Ep 9 preview, we see the rift between Yoon Joo and her husband Man Su continue to grow as the latter just can’t stop interacting with his ex-flame Chun Hui. Meanwhile, Chun Hui meets up with Man Su and permits him to laugh at her miserable state because, according to her, her life has completely gone to the ruins anyway.

Also Read: Park Bo Young Talks About Where She Keeps Her Diary And Why She Feels Indebted To Her Sister!

Also, in the preview of Episode 9 of Green Mothers’ Club, Kim Young Mi has a talk with the housekeeper of the deceased Seo Jin Ha’s penthouse. Viewers may remember that Young Mi’s husband, the director Oh Gun Woo often met up with Jin Ha in the guise of taking her interview. The housekeeper asks Young Mi whether she suspects an affair between Jin Ha and her husband Gun Woo. Young Mi also searches for any trace of evidence of Gun Woo’s creepiness in the house and finds a black box. Of course, viewers have to catch the Green Mothers’ Club episodes to find out.