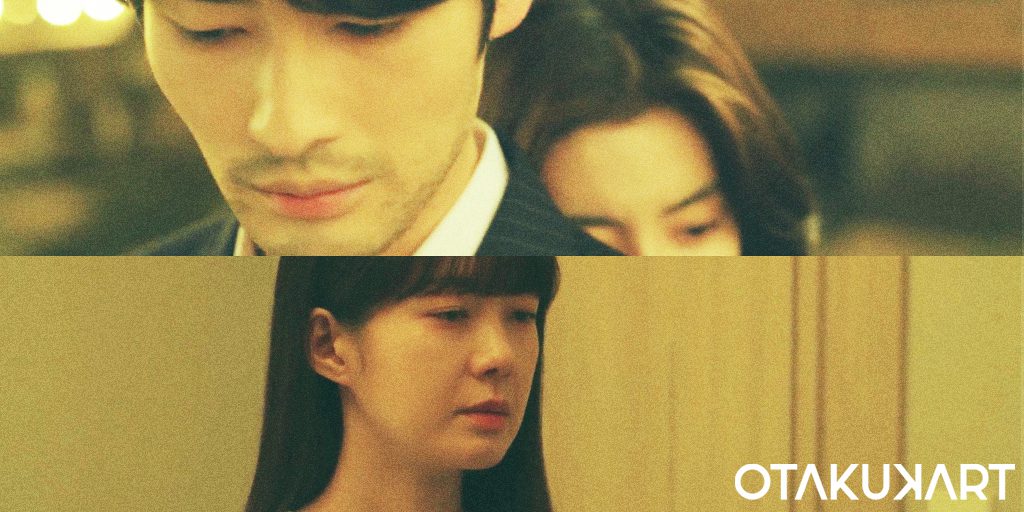 Green Mothers’ Club Episode 16 is going to be the final episode for the hit JTBC show, and with the rollercoaster ride it has been, fans still can’t figure out at what roads their favorite characters will be at when the curtain falls. What started off as a commentary on the distinct ways parents act based on their social standing and financial capabilities ended up not only being a murder mystery but also the unraveling of a delusional pervert who thinks of himself to be a misunderstood artist and his wife who will defend him to a great extent and even rationalize him abusing her children to save her own reputation.

Previously, we saw how Young Mi threatened Lee Eun Pyo to not reveal the fact that his husband was the one who spread nude pictures of Jin Ha amongst everyone, somehow stating that his husband was the victim of stalking. Young Mi, who wanted to see his husband rise in the ranks as a famous artistic director, also accused her of wanting to tarnish his husband’s reputation, going to the extent of hitting Eun Pyo where it hurts the most.

Like an eczema flare-up, Eun Pyo broke down at the mention of Jin Ha’s recounting of how she stole Luis when recounted by Young Mi (who heard it in her husband’s recordings from Jin Ha’s interview). Well, in the finale, we will see Young Mi coming to her senses and handing Eun Pyo a pen drive that contains even more of Young Mi’s husband Gun Woo’s obscene acts. Let us brief you on the storylines expected by fans of the show and also give you a rundown on the release date and streaming details of Episode 16 of Green Mothers’ Club.

It is very rewarding to see Young Mi finally not take any of her husband’s abusive requests and see right through him making a false narrative of his and Jin Ha’s relationship. Also refreshing was the way she acted when a jailed Gun Woo told her that he wouldn’t have been having all those affairs if she’d had been a little more beautiful. On the other hand, Chun Hui finally reaches her breaking point when her husband calls her up from a gambling bar to bring him more money so that he can win his losses back, and finally serves him the divorce notice. But the audacity of the man in telling her that she deserves this life because she married him empty-handed is making all the viewers rile up and crave for the moment when she finally spits on his face.

Green Mothers’ Club Episode 16 will be released on 19th May 2022, at 10:30 PM KST (Thursday). For other regions, India, Australia, and the USA, the time is 7 PM IST, 11:30 PM AEST, and 9:30 AM EST. Fans are expecting the inevitable meeting between Jin Ha’s lookalike and Luis’s stepsister Rhea and Eun Pyo, and if the latter finds out about Luis’s motivation for marrying Jin Ha, the poor girl will finally get the closure she has been desperate for since ages! 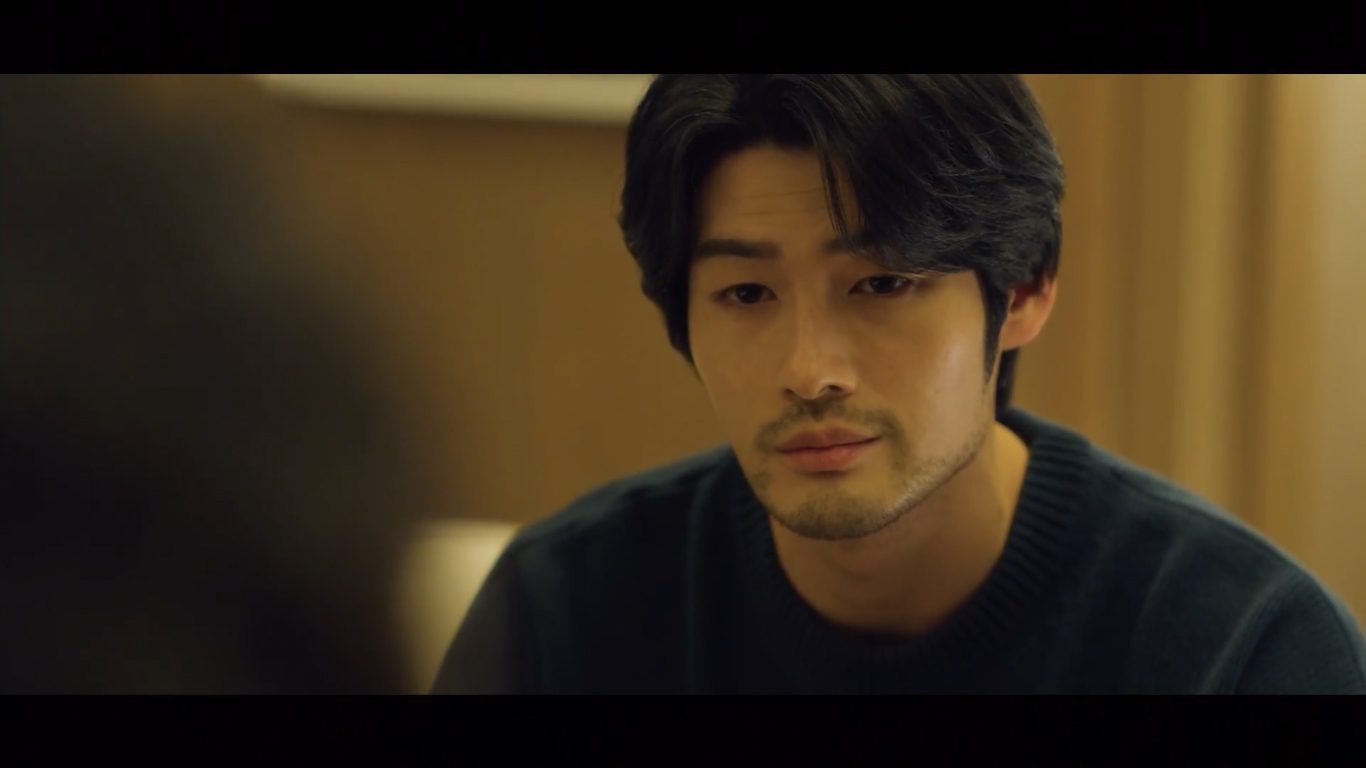 Also Read: Meet The Talented Cast And Lovely Characters Of A Business Proposal

Additionally, viewers hope that Chun Hui breaks free of all her husband’s atrocities and lives a good life working on honing her son Kim Young Bin’s musical talents and taking care of her daughter Kim Yu Bin’s mental health. But people are also side eyeing Chun Hui’s tendency to drag Yoon Joo’s husband Man Su along with her misery, and even more, intense side eyes for Man Su always not getting rid of his ex-girlfriend Chun Hui’s advances even with a whole family to take care of.

The theory that Luis was a stereotypical Frenchman who is all about wine, women, and affairs has ended up ringing true for all of the episodes. Though his weak motivation for dragging along several women in his stride and ruining their self-worth and pride makes him a disgusting character, fans can’t help but take notice of the actor Roy’s overflowing visuals, cold gaze while threatening Gun Woo, and his luxurious, airy tone of speaking Korean in a French accent. 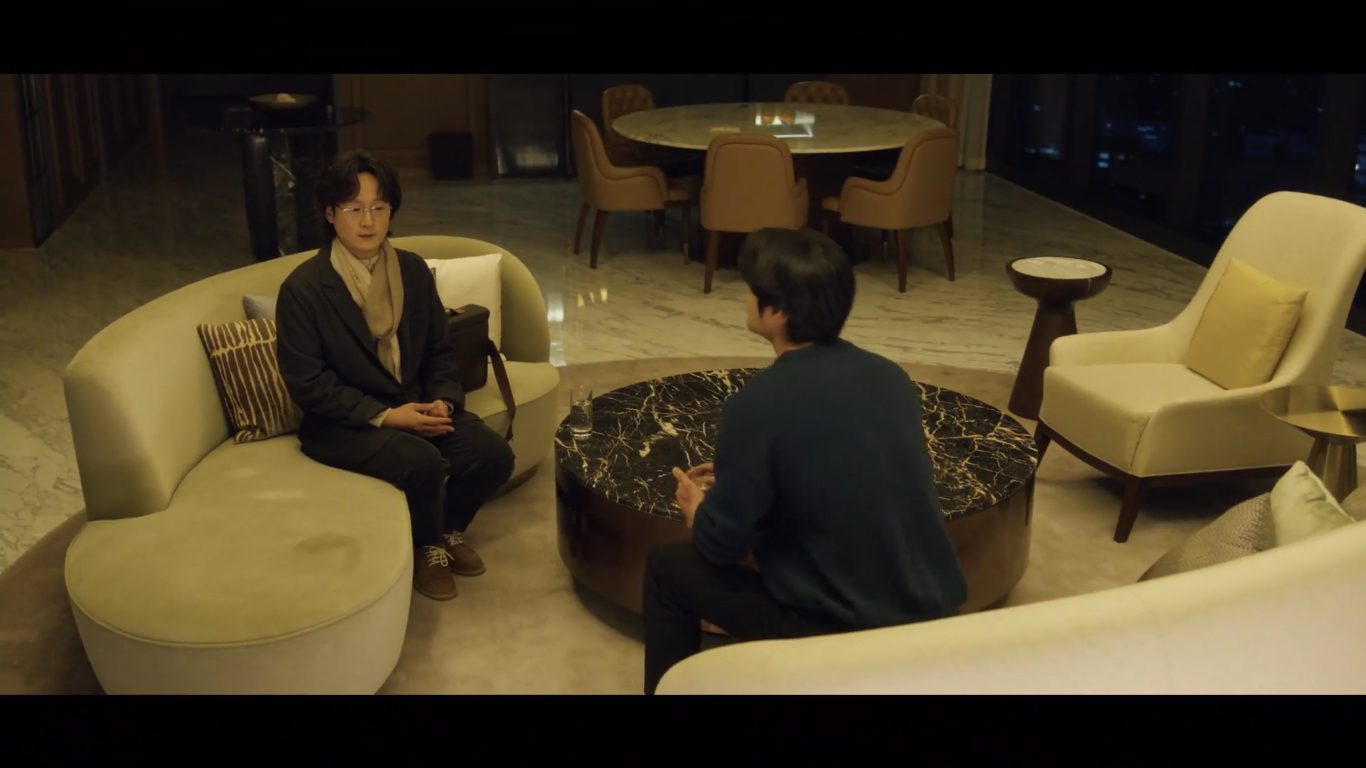 Gun Woo and Luis having a talk about Jin Ha.

But, it remains to be seen where Henry will end up; will he stay with his grandma and Jin Ha’s stepmother Su Hyeon? Will he be able to spend his childhood with his best friend and fellow gifted child, Dong Seok? Surely their life trajectories won’t be a rehash of one of their mothers, Eun Pyo and Jin Ha, right? Well, we all have to tune in to the final part of Green Mothers’ Club Ep 16 to get our burning questions answered. 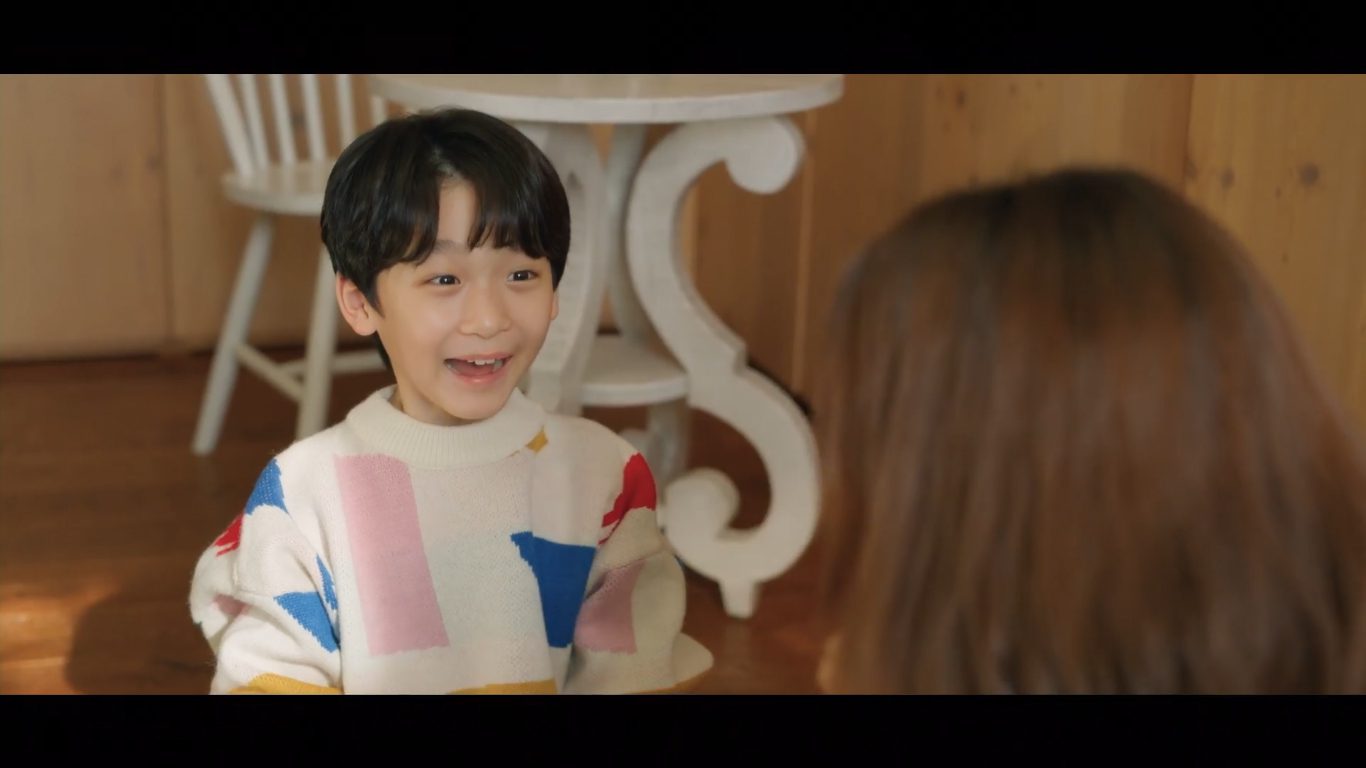 Henri, the child of Jin Ha and Luis Bunuel.

After the episode finishes broadcast on JTBC, viewers can stream The Green Mothers’ Club Ep 16 on Netflix with subtitles that get added very soon after its initial broadcast.