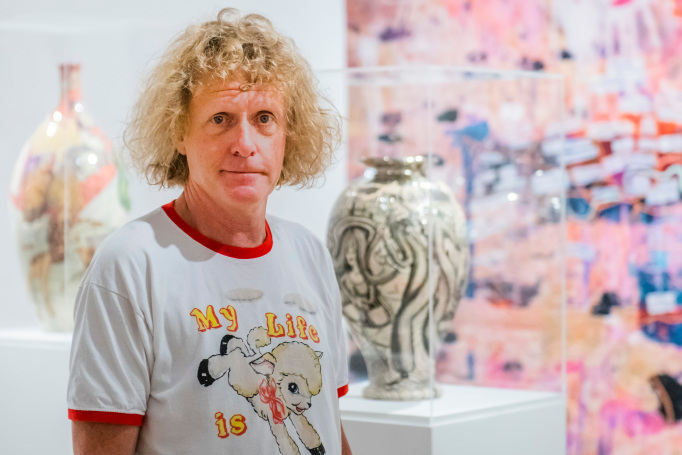 Grayson Perry, an English contemporary artist, is known for a number of works like ceramic vases, tapestries, and cross-dressing. These have poised him with popularity. He has had his solo exhibitions toa range of places in London. These include Bonnefantenmuseum and thenn Stedelijk Museum Amsterdam,  and the Barbican Centre. Also, include his solo exhibitions at the British Museum and the Serpentine Gallery. Also, in Pittsburg, he took his solo exhibition to The Andy Warhol Museum and to Arnolfini in Bristol. He was awarded Turner Prize in 2003 and was ranked in the 32nd position in The Daily Telegraph’s list of the “100 most powerful people in British culture.”

Grayson Perry, as of now, has a Net Worth of $5 Million. Apart from his art,  he has also worked on a number of documentary television programs and has published two autobiographies. These included Grayson Perry: Portrait of the Artist as a Young Girl (2007) and The Descent of Man (2016). He also wrote and illustrated the graphic novel. Plus, he has also written a book on art called Playing to the Gallery (2014). He also appears on Peter Blake’s new version of his most famous artwork—the Beatles’ Sgt. Pepper’s Lonely Hearts Club Band album cover. An artwork that celebrates the British cultural figures.

Grayson Perry was born on 24 March 1960 to a working-class family. His father left him when he was four after figuring out his mother had an affair with the milkman. His mother later married the milkman. Grayson Perry has described he had an awful and violent relationship with the milkman. For most of his childhood, he spent moving between his parents. To counter the sense of anxiety, he created an imaginary world around a teddy bear. 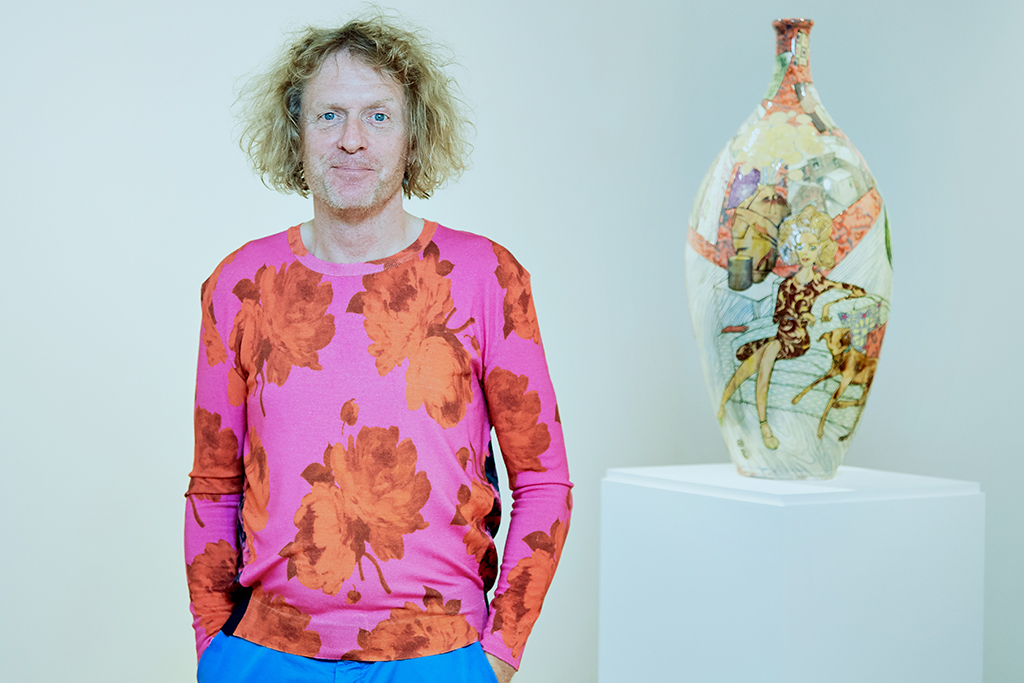 Grayson Perry was later encouraged by his art teacher to pursue arts. He studied for a BA in fine art at Portsmouth College of Art and Design and graduated in 1982. Apart from that, he also did a foundation course in Braintree College between 1978 and 1979. Apart from arts, he showed utmost interest in the film. He showcased his first poetry at the New Contemporaries show at the Institute of Contemporary Arts in London. 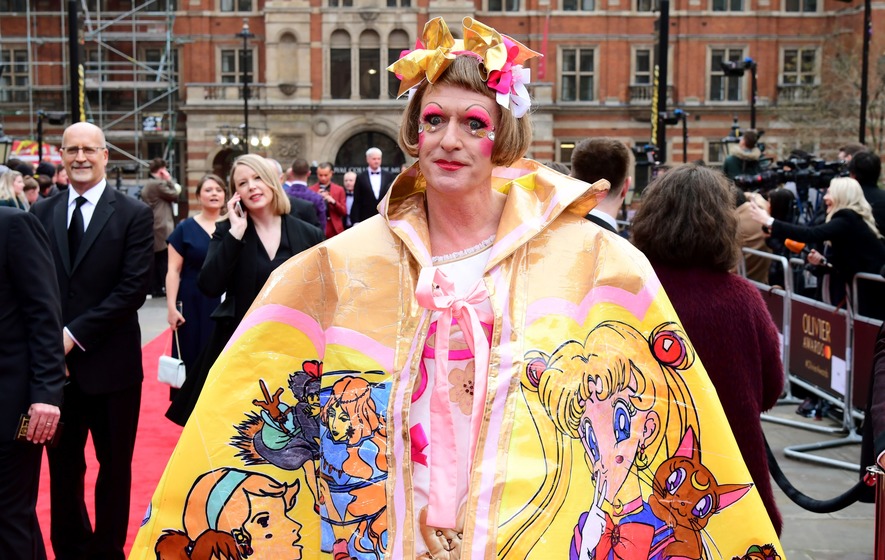 Right from the early, Grayson also liked dressing in women’s clothes. During his teens, he realized he was a transvestite. One time, the time when he was around 15, he moved with his father’s family in Chelmsford. During that time, he occasionally dressed as a woman and started going out until his father and his step-mother found out about it. He promised his father to stop doing it, but her stepmother eventually told everyone and also threw him out, which led him to return back to his mother’s family.

Grayson Perry Today And His Work

Today, Grayson Perry lives in London. He is married to the author and psychotherapist Philippa Perry. They both have a daughter named Florence. In 2007, he joined hands with Koestler Trust who is known for promoting art as rehabilitation in prisons. He curated an exhibition of art by prisoners and ex-offenders called Insider Art at the Institute of Contemporary Arts.

Much like his childhood, Perry has embraced his alter ego today. He occasionally dresses up as a woman. He calls his alter-ego “Claire” and Often describes it as a middle-England protester for No More Art. Sometimes an aero-model-maker, or sometimes as an Eastern European Freedom Fighter”. 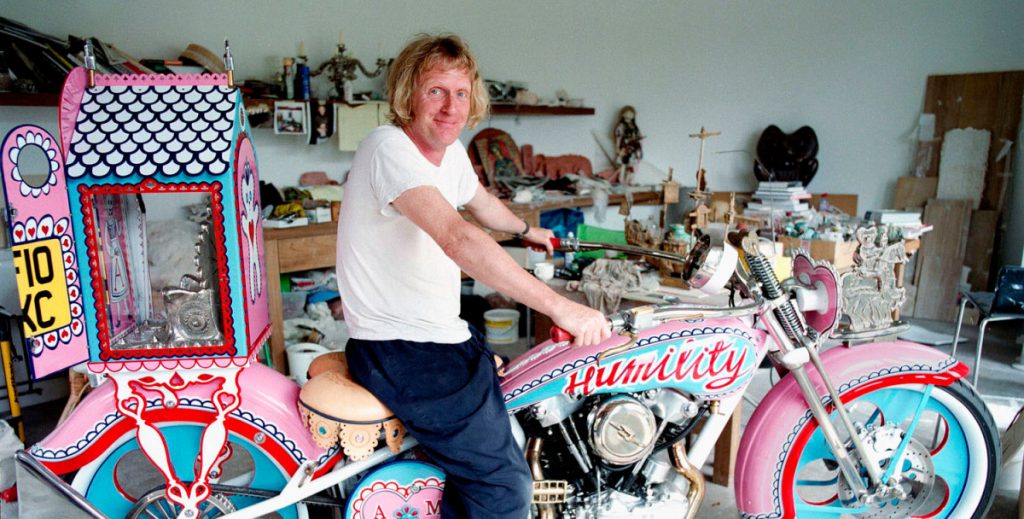 Perry is widely known to be awarded a Turner Prize for a solo exhibition mounted at The Stedelijk Museum Amsterdam in 2002 called Guerilla Tactics. It was an award given the first time to a ceramic artist. He is also known for creating The Walthamstow Tapestry in 2009. His own documentary titled All In The Best Possible Taste with Grayson Perry takes us deep into his large tapestries. In 2016, he joined hands with Fashion Architecture Taste (FAT) to build “A House Of Essex.

Apart from his art, Perry is known for his various television appearances. These include a Channel 4 documentary, Why Men Wear Frocks, All In The Best Possible Taste with Grayson Perry, Who Are You?, Grayson Perry: All Man, and an appearance being the subject of The South Bank Show episode in 2006. Perry also served at The Times as an arts correspondent writing a weekly column until October 2007. He then gave the 2013 BBC Reith Lectures, plus also guest-edited an issue of New Statesman in 2014, which was called “The Great White Male Issue.”