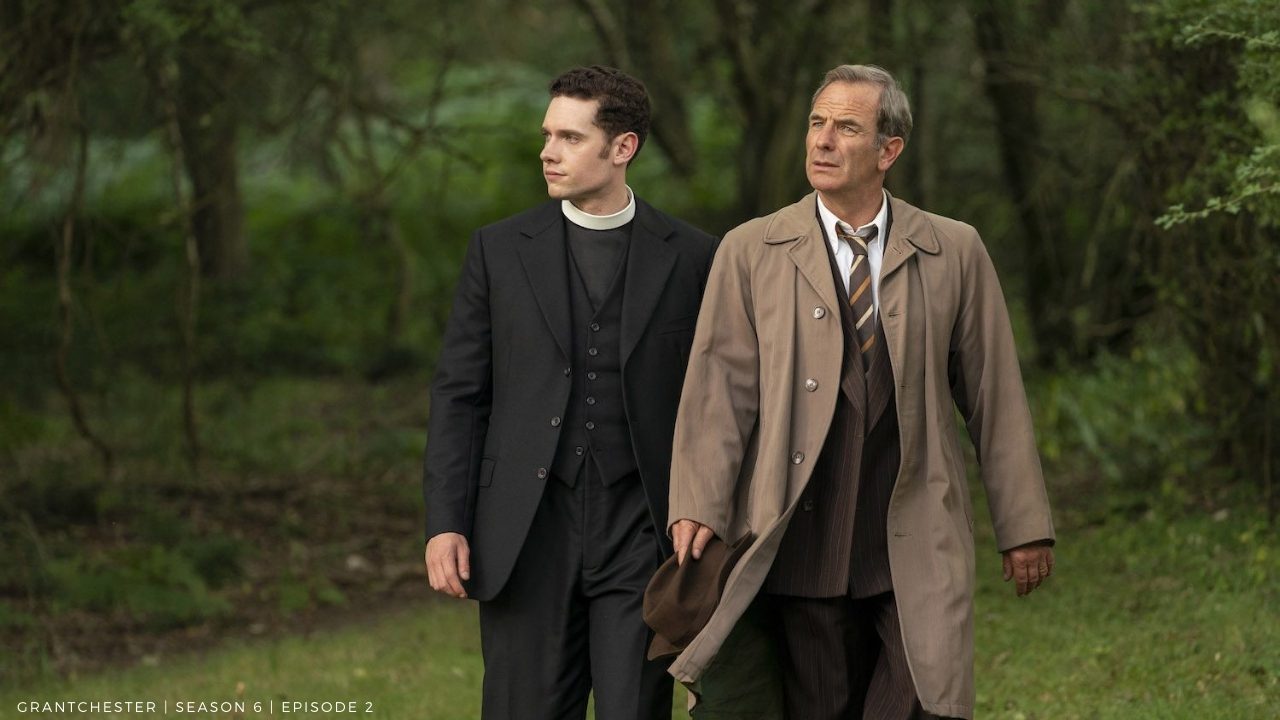 Grantchester season 2 has started airing on our digital screens recently and has given us just one episode till now. For all the guys who are not aware, this is an ITV drama series that hails from Britain. The main premise of its story is set in the 1950s. The location is set to Cambridgeshire Village, which is non-fictional land. Some of the first actors of this show were James Nordon and later Tom Brittany. The two of them reprised the role of Anglican Vicar Sidney Chambers and Vicar William Davenport, respectively.

Later in the series, we see that their characters are pushed to the sideline with the rise of Detective Inspector Geordie Keating, whose character has been enacted by Robson Green. The plot of this show has been inspired by the book called The Grantchester Mysteries. It happens to be a whole collection comprising of mini tales. James Runcie is the author of it. The first installment of Grantchester saw the events unfolding in the first six stories of the book. Given the abundant success that came knocking along with the premiere of this show back in 2014, we have now received.

Previously in the first episode of season 6, which has no title other than being addressed as Episode 1, we witnessed Will along with Geordie. The two are taking a vacation, which they of course, needed the most. Despite the fact that everything was going great initially for the two, there had to be some chaos rocking the plot sooner or later, which it does. We see that the camp at which our main duo is staying dies. The reason for his death is not known to us, but by the look of it, everything looks pretty suspicious. 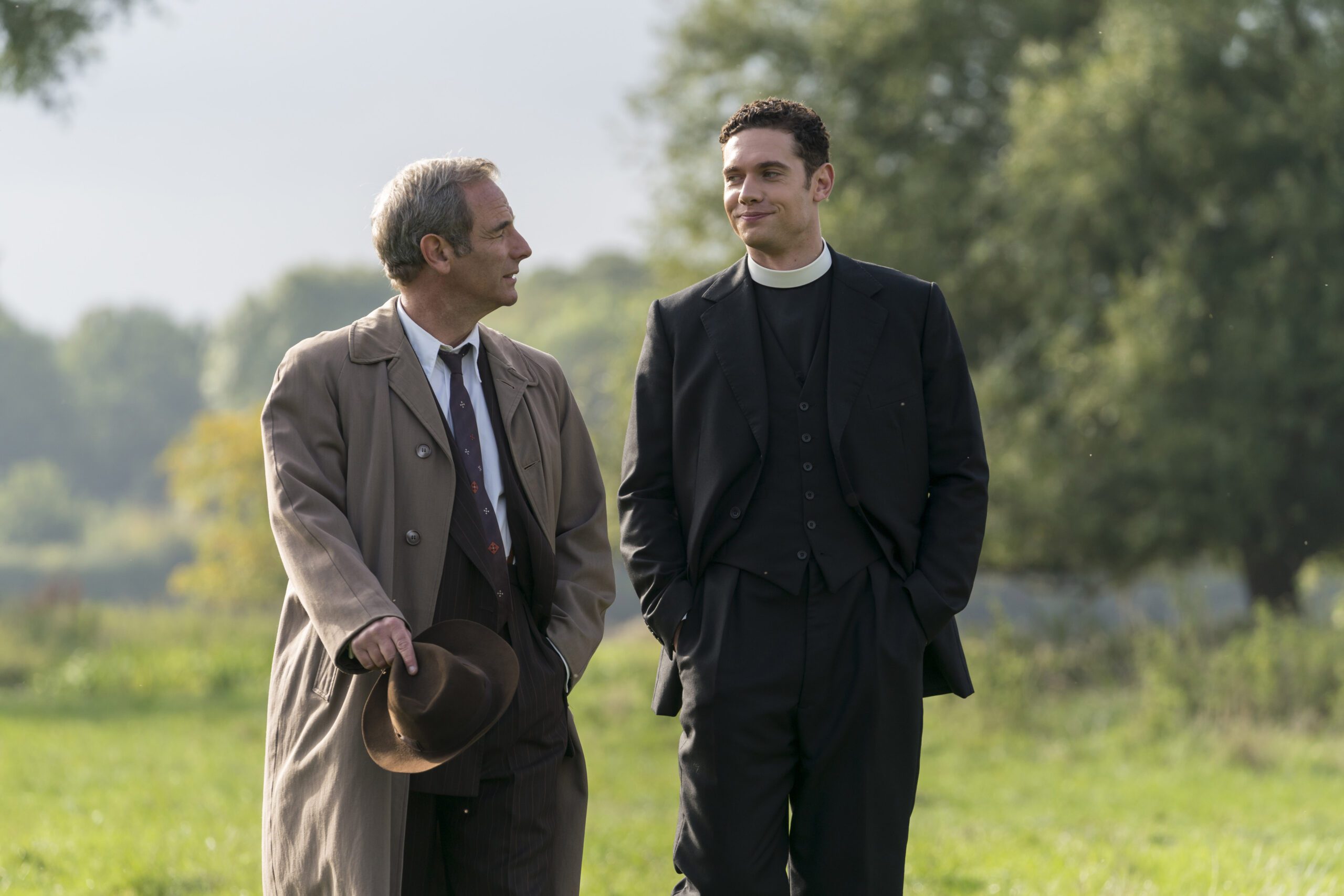 A still from Grantchester Season 6

As for the main plot of Grantchester, we see the three aforementioned characters uniting together in each episode to solve the crimes happening around them. They all have different personalities and new approaches to the case, which truly helps in solving the crime in a better way. Now, we shall already be talking about the future of our favorite series and everything that the creators want us to see in the upcoming episodes.

Grantchester Season 6 Episode 2 Release Date and Where to Watch

Grantchester Season 6 Episode 2 is scheduled to release on 10 September 2021. This episode, once again, has not provided a title other than the classic Episode 2 remark. It is supposed to drop out on PBS at 9 PM as per Eastern Time. Now, if you wish to keep up with all the latest episodes, then I suggest you guys keep an eye out every week on Fridays for new entries. There are a variety of options through which a person can view the episodes of the show. First, and obviously, the easiest, is through tuning into PBS as the episode airs. It will be at the date and time slot that we have penned down above.

Then, if there is a lack of cable connection at home, then I suggest you check out the official website of PBS. Here, you will find all the latest episodes of the drama but only with a valid cable login credential. Then, options such as YouTube TV and Fubo TV will be helpful in watching all the episodes live but online as they air on the television. Video on Demand platforms, including Amazon Prime Video and Apple iTunes is a boon for all the fans if you can not afford to lose even a single episode of this drama. They allow you to rent or even buy the new episodes through their platform.

Now, it is time we head to discuss the information for the new episode. These might be enjoyable to some, while the others might resist knowing them. Thus, if you are one such person, then please free to skip this part. In Grantchester Season 6 Episode 2, we will witness a baptism service taking place. Although, it is broken by an unknown man who claims that the child is his. This case is more of a family dispute, and Will and Geordie have to take care of it.