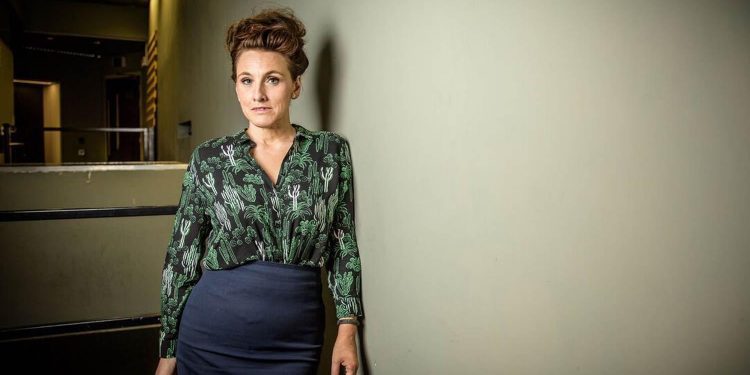 English columnist, broadcaster, and author Grace Dent used to work as a restaurant critic for the renowned website The Guardian. Readers might want to know who Grace Dent’s partner is. After working as a restaurant critic for as many as six years, Grace went on to become a regular critic on the BBC’s Masterchef UK. Viewers recently saw her appear in the television series Very British Problems. She has her Comfort eating podcast, and the food critic makes us realize how important our secret snacks are! Believe it or not but Dent’s culinary journey kick-started back in 2011 when she started writing the column ‘Grace and Flavour’ for The Evening Standard. There was no looking back from there, and now she is a culinary expert!

Grace Dent has earlier presented The Untold on BBC Radio 4. The series has earned not one but two ARIA awards nominations. The popular restaurant critic has been associated with the BBC network and has starred on several shows under the banner. Grace Dent and Tom Parker Bowles have been regulars on several shows and worked alongside them for years. From guiding her fans to eat right during the lockdown to having the right kind of diet, Grace Dent has been an absolute favorite in the culinary world. Let us find out more about Grace Dent’s partner.

Grace Dent’s Partner: Here’s What We Know About It

Grace Dent is dating her long-time partner Charles. While the food critic is private about her personal life, she has opened up about how she met the one via Instagram. Her current relationship started like two years of commenting on each other’s Instagram posts! When asked about children, the food critic stated that while she likes children, she just doesn’t like them enough and has no plans of having kids.

She further admitted that she is in complete awe of her partner and wonders how she managed to pull that off! So much so that she earlier used to see him on Instagram and think about pretty Charles is. It was almost after two long years that they started talking and eventually decided to meet up. Grace Dent recalled how she was in awe from day one, and it surely was meant to be! While the food critic admitted that she had some reservations before meeting him, it seemed like there were none after they met and instantly hit it off!

Also, Read Who Does Ben Stone End Up With In Manifest? Ben And Grace Relationship Explained

Grace Dent Reveals About Her Partner And How They Met!

While fans have been curious about Dent’s whereabouts, the food critic once revealed that the romance developed gradually because she and her current partner used to follow each other on social media. If you want to know more about Dent’s culinary expertise, here’s a little sneak peek into Grace Dent’s exclusive podcast. Have a look.

Would you eat beef for breakfast? @josierones would.

The two had much in common as well. The celebrity critic described the whole process as something very modern but a rather mundane way of people getting together. They sides to leave comments on each other’s posts for almost a year and a half, and later, things escalated to a ruffing relationship! It seems like Grace Dent had a very millennial way of a relationship!

The Celebrity Food Critic Opens Up About Love, Separation, and More!

While the celebrity critic has been notoriously private about her private life, she earlier hinted about going through a divorce. In an interview back in 2019, the critic did make a mention about her divorce lawyer but did not disclose much about her former partner.

Later, Grace Dent made a reference to popular actress’ Gwyneth Paltrow’s philosophy of how it is important to maintain a certain kind of distance between partners. In her column, she opened up about her own relationship stating how living partially separately from her partner has actually incredibly beneficial. Grace further added that while she cherish her partner, she can also cherish him 13 miles away. The two give each other space, which the celebrity critic feels, is pivotal in any relationship.

Also Read: Natasha Hunt’s Boyfriend: Who is the Rugby Star Dating In 2021?