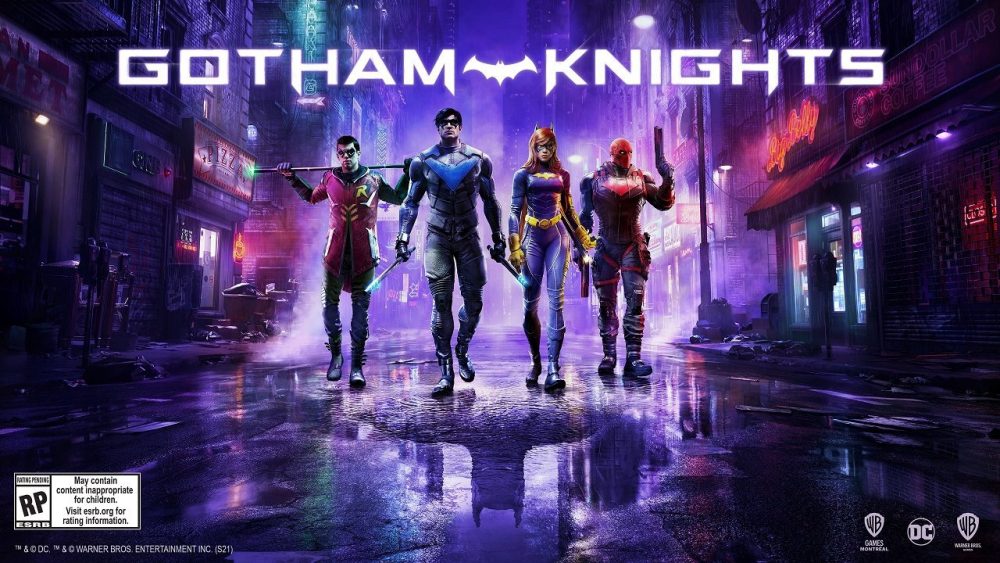 Today we are going to cover the much-awaited Action RPG Game, Gotham Knights Release Date with Character Details. For years, in the gaming universe, the DC Comics universe has been led by Batman! The caped crusader is not only one of the greatest superheroes but also a fan favorite. Wherever he is summoned, on the big screen or the PlayStation, Batman takes all the glory.

But this time it is going to be something new! “Gotham Knights” is one of the most awaited Role-playing games. Designed by WB Games Montreal, the game speaks for its name itself – ‘Gotham Knights’. Which means the dark knight is no more in the game. There will have to be someone saving Gotham City, and the Knights have taken the duty. By the Knights, I mean Robin, Batgirl, Red Hood, and Nightwing. Before, they were Batman’s proteges. Now they work as a team!

Patrick Redding directed The Action RPG. Published by Warner Bros Interactive Entertainment, the game is soon going to release next year! It’s a single-player as well as a multiplayer. The game starts with the greatest mystery unfolded! The Dark Knight dies, because of which the criminals are loose. The bigger problem is when Commissioner Gordon also passes away, which amplifies Gotham’s Security problems.

Fortunately, the remainder of the Batfamily is ready to take Batman’s duty. They used to work with the great Bruce Wayne, and now they have to become somewhat like him. The Knights need to be at least 40% of how Batman was. Only then the game shall be a hit! Here is everything you need to comprehend about the Gotham Knights Release Date, Character Details, and more.

Gotham Knights Release Date: When is The Action RPG Releasing?

Gotham Knights will be released in 2022. WB Games Montreal has worked incredibly hard on this gaming project. The Action RPG should have got released by this year. The gamers were supposed to get to don their favorite characters by August 2021. Now the latest news is that Gotham Knights is going to release in the coming few months. That means we will get to play the game by the start of the year!

Produced by Fleur Marty, this game is going to release on all the gaming platforms! Platforms like PlayStation (PS4/PS5), Xbox (one/xs), Pc (Microsoft Windows). Delaying an Action RPG like Gotham Knights means they are going to produce something unexpected! Even though the release date is uncertain for now, we might get the confirmed date very soon. The probability of that happening in the forthcoming DC fandom event on October 16.

Jason Todd will seem like some antagonist at the start. Red Hood is unpredictable and very strong. His Red Hood life starts after dying very violently. He got resurrected by that same enemy that often makes him angry. He has a lot of problems when it comes to keeping his rage in check. But Jason won’t delay stepping into a battle where his friend is in danger. He will kill without batting an eye! Red Hood has himself experienced the corruption and life of crime when it comes to Gotham City. He wants to get his revenge, the reason why he joined the Bat-Family.

Tim Drake is the youngest of the Batman Family. But Robin is the smartest of all and is the master in deceiving his enemies. Robin is motivated from the start when he was Batman’s protege. Tim always wanted to be Batman’s Sidekick. Batman taught Robin tremendous levels of skills when he worked under him. Robin has mastered the art of stealth and psychological warfare.

Barbara Gordon is all about raw strength and sheer determination. She only believes in action. As the daughter of Commissioner Gordon, Batgirl does not know to give up. Jim Gordon sacrificed his life for her, and now she is out there to take her revenge. Jim Gordon gave his life for Gotham, and now she wants to make sure it wasn’t in vain. For a while, she got injured badly, but her determination turned her back to Batgirl!

Dick Grayson is the most charismatic member of the family. As an optimist, Nightwing respects friendships and bonding. Nightwing was Batman’s first protege. Now he is the leader.

Also Read: Is Prime Gaming Available In India & How To Use It?