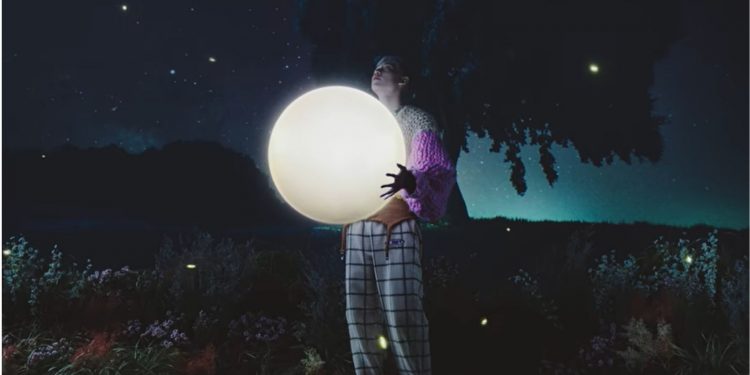 GOT7 member Bambam is falling from Sky into an alienating dimension in the new MV for ‘Slow Mo.’ The Thai-born Korean rapper is all set to release his second mini-album, “B.” After he departed from JYP Entertainment last year, Bambam is focused on his solo career. Earlier, he dropped his first mini-album, “riBBon.” Bambam will share another album in a few days, including the single Who Are You featuring Red Velvet’s Seulgi.

Bambam has shared the teaser for Slow Mo’s music video. Moreover, the rapper shared many other flawless teaser images for “B.” Just like his debut solo album, “B” also has a colorful concept, turning Bambam into a painter for one of the shoots. The Aghase and Bambam’s fans are excited to hear new tracks from the album.

Bambam entices the viewers with his new mesmerizing MV teaser for “Slow Mo.” The video begins with Bambam transcending into a new world as he falls from the sky. The singer-rapper looks ethereal in his white attire as different shots from the MV appear in a few seconds. While it is hard to decipher the concept, the MV is undoubtedly a piece of art.

Earlier, Bambam also shared the teaser for “Who Are You,” which features Red Velvet’s Seulgi. Compared to “Slow Mo,” “Who Are You” possessed different vibes, making it darker and intriguing.

The other concept teaser pictures are equally confusing and pretty. Filled with paints and colors, Bambam poses beside a solid paint figurine. Meanwhile, in another set of images, he is seen lying on the group while wearing an attire reflecting multiple hues.

“B” is releasing next week. In the meantime, enjoy the tracks from his first solo mini-album, “riBBon.”

Like other GOT7 members, Bambam is also working to establish himself as a soloist in Korea. However, the fans are still waiting for Got7 to make a comeback as an entire group soon.

Also Read: GOT7’s Bambam ‘Who Are You’ To Feature Red Velvet’s Seulgi, Here’s The Teaser