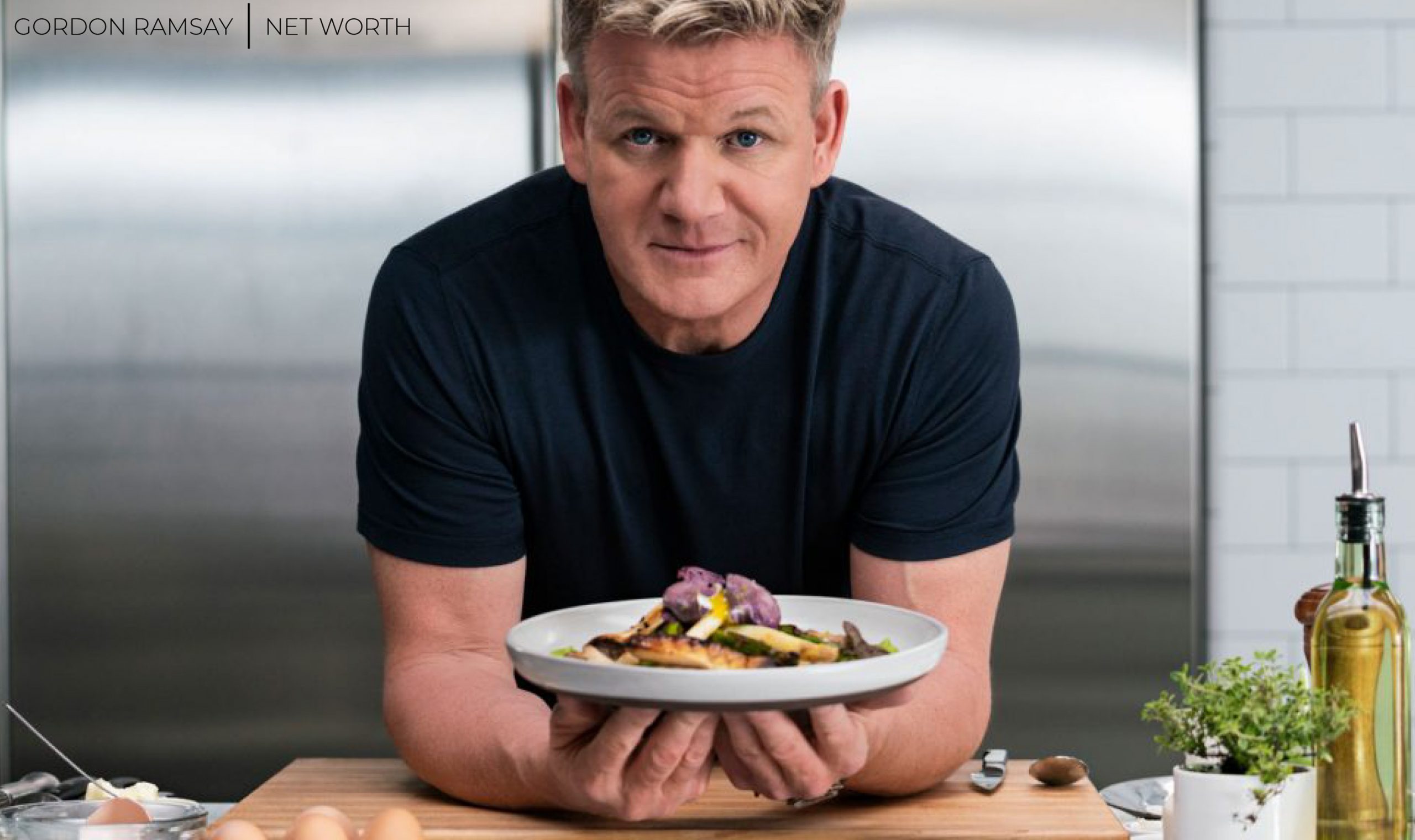 There is not a single person on this planet who does not love food, and when you talk about food, there is always a chef behind it. It does not matter whether the chef is popular or not, if they cook delicious food, they are good at what they do. However, Gordon Ramsay is known as the chef of all chefs in the world. His dishes and his recipes are a work of art. People simply get water in their mouths just by watching him make any dish. That is the level of popularity he has achieved in his career. In addition to that, his popularity has earned him a huge net worth as well.

Just to elaborate a little about the level of his fortune, Gordon Ramsay is among the top five richest chefs in the world. Other than being a chef, he also runs a chain of restaurants in his name, which generate a lot of income every year. Furthermore, Gordon is also a television personality and has appeared on various shows as a chef or as a guest. Moreover, he is also a writer and has written several books till now. Ramsay is a well-known personality in the world and even has a huge fanbase which is an accomplishment since he is not an actor, singer, or sportsperson.

How Much Is Gordon Ramsay’s Net Worth?

The world-class chef has gained a lot of popularity and fame in all these years. Although, this has not come easy for Gordon. He stayed focus on his goal of becoming one of the greatest chefs and succeeded in it. Therefore, he also made a lot of money through his work. The net worth of Gordon Ramsay is estimated at around $220 million as of now. Even though he is among the greatest chefs, that is not the only source of his earnings.

Gordon Ramsay is not only a name now, but he is brand and is well respected in the whole world. This has made him convert his name into another source of money. He has opened a chain of restaurants around the world. All of his restaurants are a part of Gordon Ramsay Restaurants, which is a global restaurant group that Gordon founded. The restaurants contribute a major amount to his fortune every year.

In addition to that, he has also made several appearances on popular cooking reality shows. He has been a judge as a chef on the popular series titled “Master Chef”. This is a very famous cooking reality show which allows normal people to compete and win. Winning on the show lets the winner make a name for themselves as a chef as well. Gordon has also appeared as a guest on famous television shows like “Top Gear“, “American Idol”, “Big Brother: Celebrity Hijack”, and many more. Furthermore, he has also been a part of various sponsorship deals and brand endorsements. Also to note, he has investments in various other business ventures, which also contribute to his net worth.

Also Read: Is Kelly Monaco Pregnant, Who is She Currently Dating?

More About His Life And Career

The world-renowned chef hails from Renfrewshire in Scotland. Gordon Ramsay was born on the 8th of November in the year 1966. His father named Gordon James Sr. worked several jobs like a welder, shopkeeper, and swimming pool manager at different times to put food on the table. However, his father was an alcoholic and used to get violent with Ramsay and his siblings. He was also a womanizer and used to abuse and neglect him and his siblings. Meanwhile, Ramsay’s mother was a nurse.

Gordon used to work at an Indian restaurant as a pot washer with his sister, who was a waitress there. Working there, he developed an interest in cooking and decided to take up culinary education. He went on to study hotel management at the North Oxfordshire Technical College. After that, he went on to work under various popular chefs like Marco Pierre White and Albert Roux. He also worked as a head chef in Michelin-star restaurants and also at expensive hotels.

The White Lotus Ending Explained: Who Was Killed In The End?

Are Peter Weber and Madison Prewett Still Together?