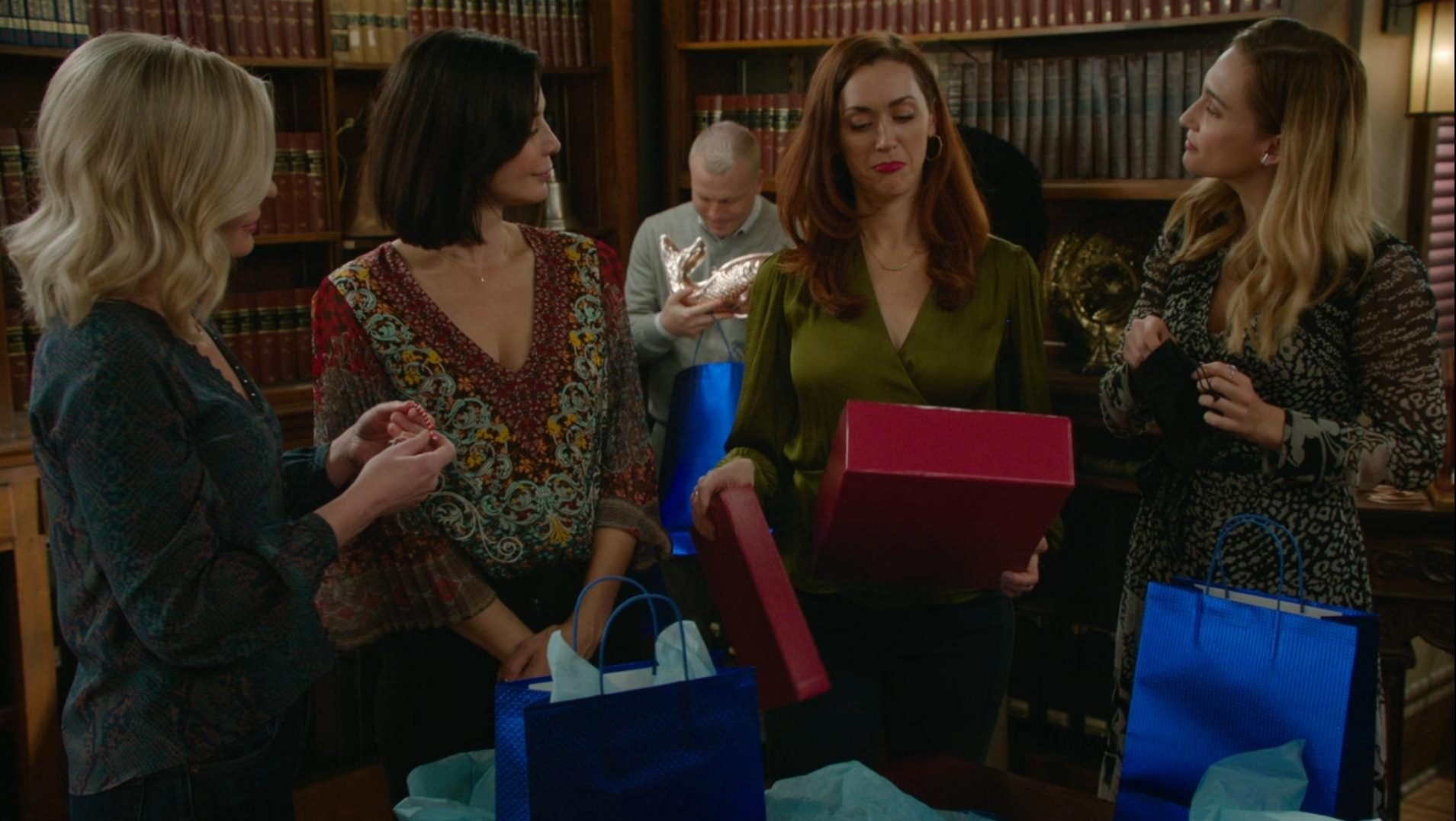 Good Witch Season 7 Episode 5 is taking us on a journey with Joy and the three Merriwicks. Where? Let’s find out. Recently the show went through a number of ups and downs with the characters. Each one was struggling with some aspect of life. Let’s start with Cassie and Sam when Sam lost all hope about him once he lost his arm. A crack in the relationship between Joy and Zoey when Zoey didn’t want to open much. At least not yet. Then Martha trying to cope up with her cousin Maxine despite all these years of being annoyed with each other. Then most importantly Abigail amidst figuring out if she should take Donovan’s money or not. Lastly, Adam hasn’t been able to move on from Stephanie whereas Stephanie is already connecting with someone new.

Good Witch Season 7 saw itself answering all the questions right away. We saw Adam finding some hope. Then Abigail mustering up the courage to talk to Donovan. Then Sam realizing he can do much more even if it means he lost his arm. Plus Zoey figuring out how to finally open. This way she found much more comfortable with her relationship with Joy. The episode ended with gift exchange and good vibes but now the upcoming fifth episode calls in for a new journey altogether. It seems like Joy needs to call back to her father. Where this leads them? Let’s find out everything that went down previously on the sow and what we can expect from the upcoming Good Witch Season 7 Episode 5

Previously on Good Witch, we opened up with Cassie and Sam with Sam operating on a professional basketball this time. Meanwhile, Donovan offers Abigail a good amount of money for her ad agency. Something she isn’t comfortable with. Joy and Zoey’s relationship is thriving until Joy sees Zoey with another woman. This leads to a little downfall but yes Zoey isn’t interested to talk about it at the moment. Abigail approaches Cassie for some advice. Coming to that Cassie has a different idea altogether than Abigail and says if it was for her from Sam. She would have taken it. 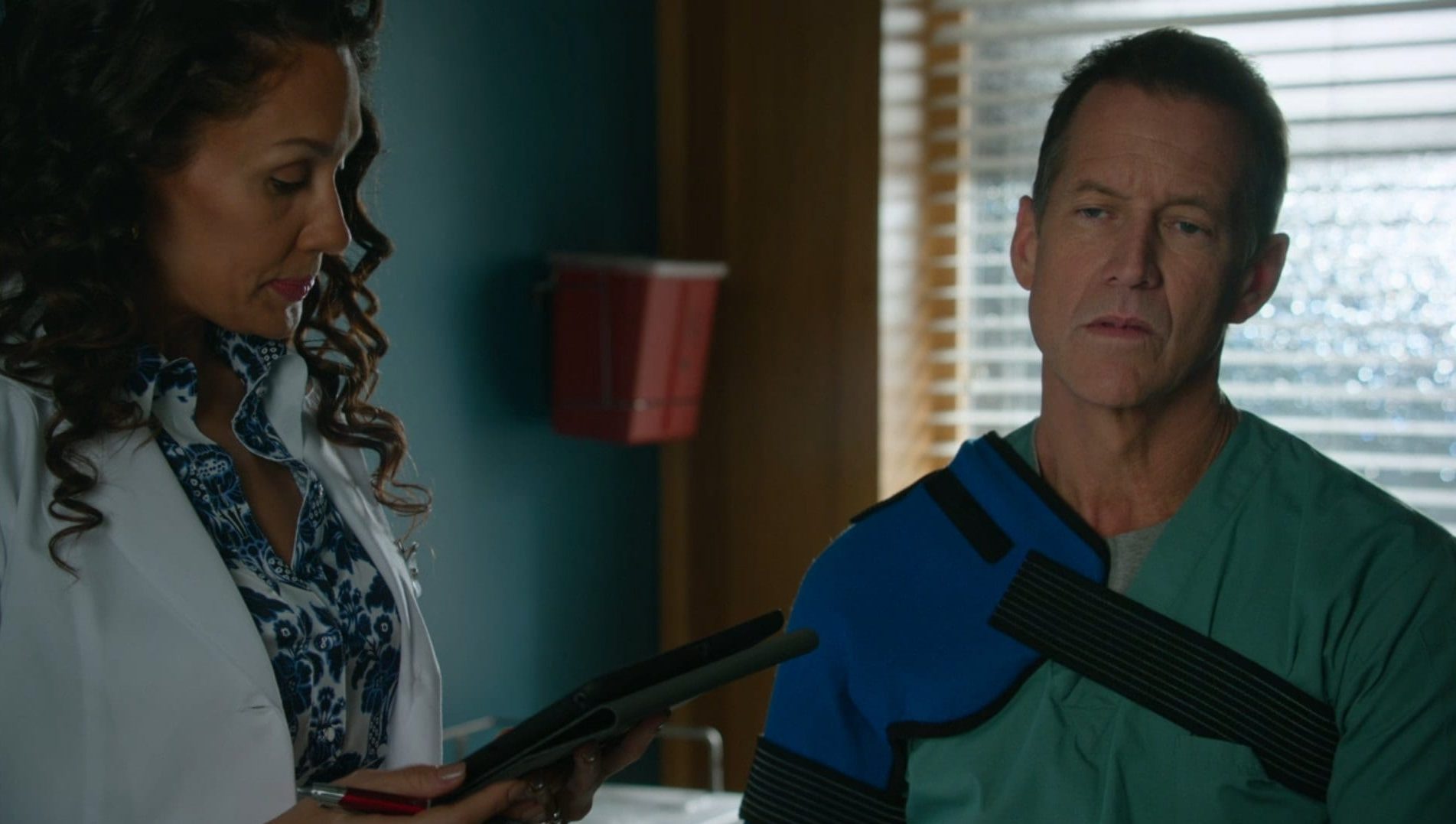 While this goes on Adam is still struggling to figure out his feelings with his ex Stephanie. Later on, Sam joins Adam for a game of basketball with Sam finding himself injured after giving away the advice. This sees Sam going into the hospital and realizing he might not operate on anyone again. Sam, later on, realizes how Damien’s life could have been saved. This makes him realize how he can still work without his arms on his side. Adam apologizes but Sam is in no mood to talk at the moment.

Zoey on the other side comes to the fact she needs to open up if she wants to keep her relationship with Joy afloat. So she tells her about Avery, the woman in the picture she dated two years ago. Unfortunately, Zoey in the line of duty saving a little boy from a fire. Even Joy opens up about her mother’s death. They both reconcile by Joy gifting Zoey the gift she won at Exchange. 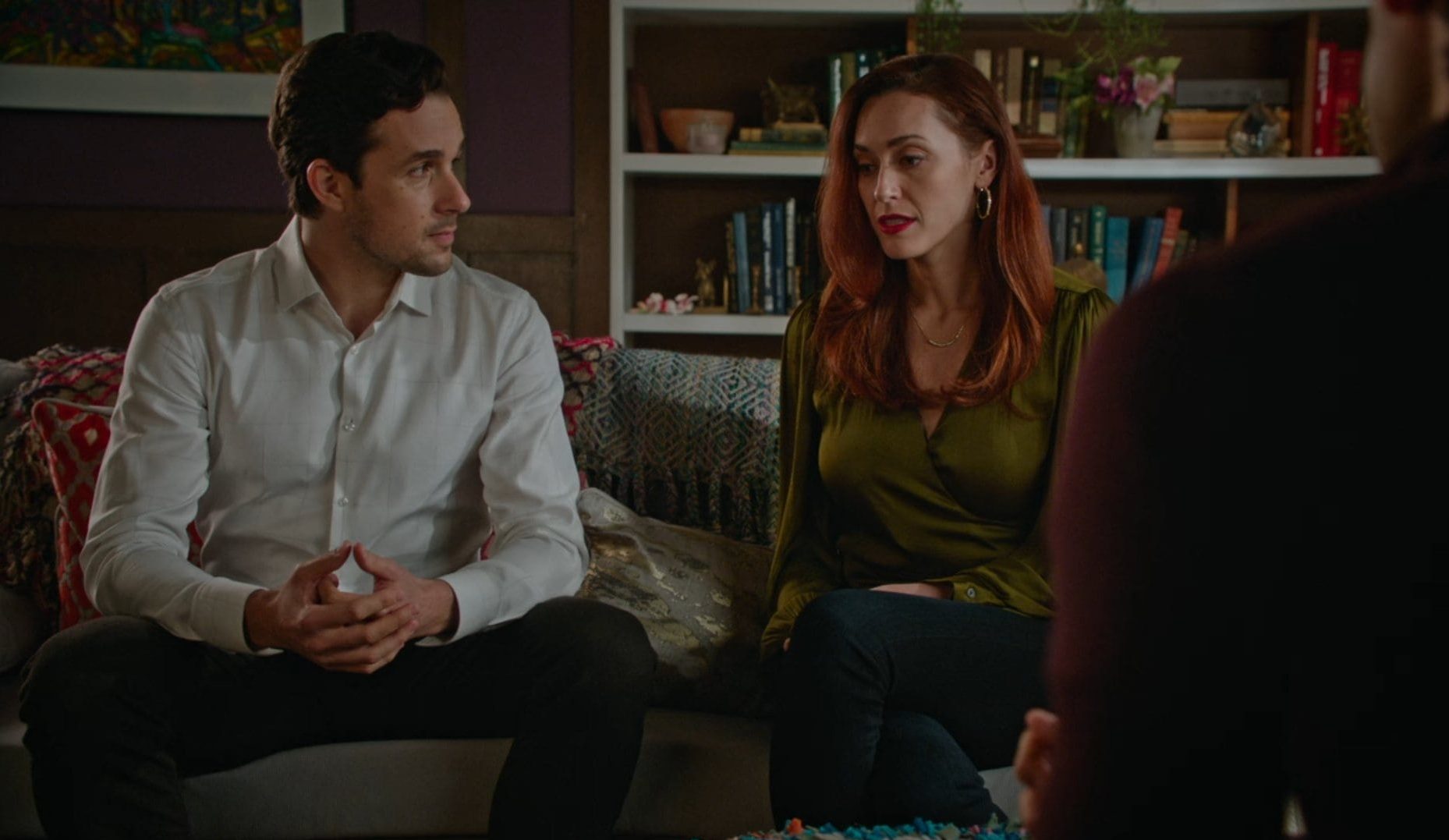 Martha throughout the episode was hosting a tea party that ends up in a tiff with her cousin Maxine which Tom solves later. Meanwhile, Abigail musters up the courage and tells Donovan she can’t take the money. She wants their marriage to be 50-50.  Later on, Abigail crosses paths with Adam and she also advises the same when it comes to Stephanie. Talking about her Adam advice her about counseling. So she brings it up to Donovan and even he thinks it’s not a bad idea. Stephanie also connects with Sean. The episode ends with everyone opening their Middleton Exchange gifts.

Good Witch Season 7 Episode 5 is titled, “The Kite”. According to the official synopsis of the episode and the promo, there is some horror coming to the show. Of course, we are talking about the Martha spelled backward. Well apart from that, we see Joy having a dream about the father and emulate he had. This leads her and three Merriwicks to investigate it. Probably finding her father is the only way to know what the dream is all about. All in the upcoming fifth episode of Good Witch Season 7.