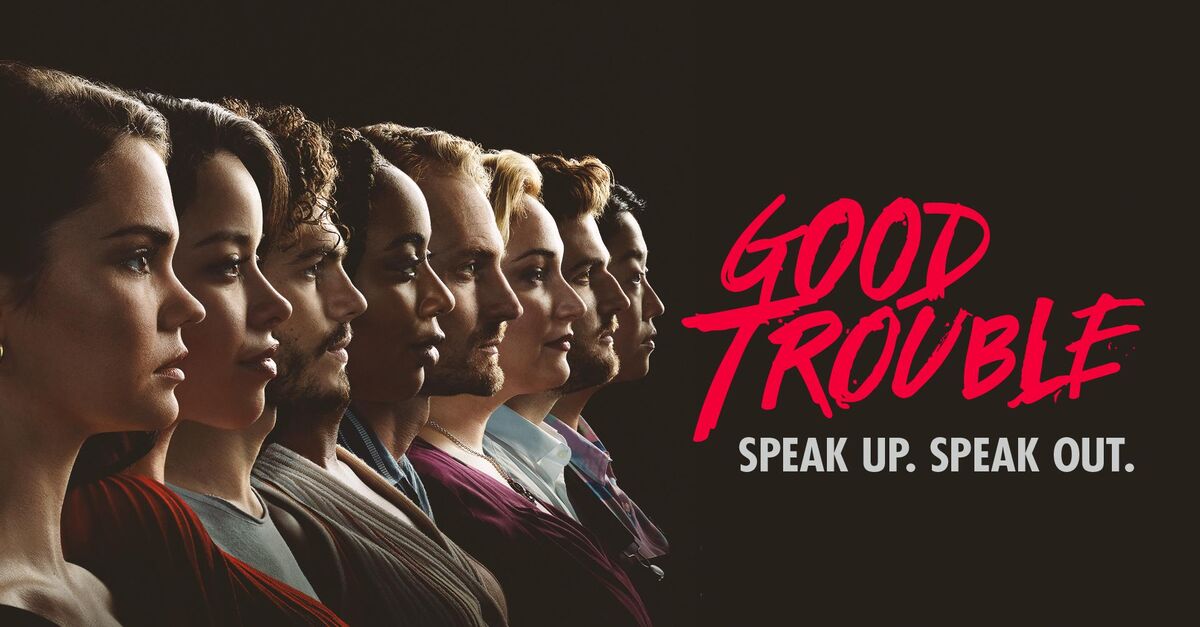 Good Trouble Season 3 Episode 18 is airing soon. With the upcoming episode, Good Trouble Season 3 is getting closer to its end. The story has progressed so much. Throughout the series, we see so much happened. Even the last episode was not any less. We get to see some old days when the Martinez family homecoming was a hot topic. The drama begins when three of our leads go against each other in court. The show’s highlight was the court case where Callie, Kathleen, and Jamie compete against each other. But that is not the end. The last episode was indeed exciting.

The latest episode put some light on our series love triangle. Dennis contacts Matt, knowing it belongs to Davis and Matt together. Dennis’s love is pretty visible to us. But it shows that all he wants is his beloved to be happy and safe, and for that, he trusts Matt. Dennis understands Matt’s feelings because his feelings are not any different. By the end of the episode, we see the bond between Matt and Davis getting a new turn as they become closer to another one. Unexpected turns are happening in the relationships; some issues still remain resolved. All the unanswered questions may be answered in the upcoming Good Trouble Season 3 Episode 18.

Episode 17 begins with Geal telling his parents about Isabella and the baby. In turn, they decide to meet her. Eventually, they eat together where Geal assures Isabella that she can rely on his parents for any kind of support. Jazmin’s father approves her engagements. Geal and Callie’s kissing scene gets interrupted by his mother. Moving on, after the footage leaking, Kathleen and the others criticize the footage to Tommy. Also, Callie received a Coterie document that is a copy of the witness. Thus, it means the DA made a deal with him to keep the tape box. Another crucial point. It seems Callie believes Jamie is the one who sends it. Eventually, in court, the DA chooses to withdraw the tape.

Mariana, on the other hand, meets a band influencer called Zelda. This is noticed by The Fight Club, and they ask her to help them get Zelda to BB. Thus, a new plan comes in progress. Mariana arranges a meeting with a potential client to get Zelda. However, the meeting does not seem to go as Mariana planned. They show a lack of interest during the meeting. From there, downfall starts as Zelda brings another bad news. She informs Mariana that a new start-up is seeking a PM, and there she will be treated with much better conditions.

Malika’s story also progresses as she entrusts Tanya about her connection with Angelica. Ultimately Malika invites Angelica to the Coterie. But trouble appears not ending here. Since Yvonne is back in jail, Malika needs to help Yvonne’s kids now. While we see that some company sends Davia clothes to wear, most of them does not even fit her. In order to fit in the clothes, she decides to lose weight. However, Dennis discovers her weight loss as she avoids meals and other clues. Davia also confronts him when she sees him enjoying old pictures of their body positivity photoshoot. As the episode comes near-end, Dennis asks Matt to check on Davia. That lead to another bonding. Eventually, the episode ends with Davia revealing her eating condition, which brings them closer.

The upcoming Episode 18 of Good Trouble Season 3 is titled “Blindside”. The episode seems to present more drama and how the relationship between the leads will turn in the future. We see Callie and Gael struggling to make time for each other. Will that create any new problem between them? On the other hand, Mariana tries to reform herself with the Fight Club Girls. In the next episode, Malika will realize there are different ways to help people facing incarceration injustice. But what are those? To know more, watch Good Trouble Season 3 Episode 18.

Bill Belichick Net Worth: How Rich Is The NFL Head Coach?