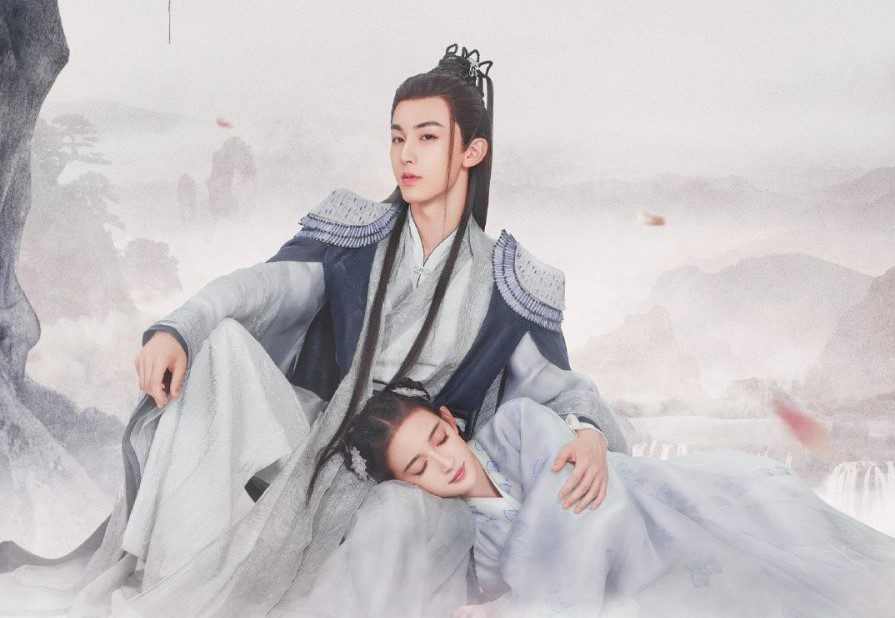 Good and Evil (2021) is an ongoing Chinese historical drama broadcasting on Mango TV. In this article, we will cover Good and Evil (2021) Episode 13 release date. Have you ever thought what would be a story of a demon king and an unlucky princess falling for each other? Sound cliché yet intriguing, isn’t it? That is what all the c-drama, Good and Evil (2021), is about. It starred Fiction Guo. Connie Kang, Vincent Wei, He Mei Xuan, Li Ming Jun, Zong Yuan Yuan, Chen Zheng Yang, etc. The drama follows the story of a demon king and a princess. As both cross paths, their destiny entangles, leading to the collision of two different realms.

The c-drama Good and Evil (2021) is currently broadcasting. Even though the story is pretty predictable, the drama seems intriguing with its simplistic storyline. The plot includes various sub-stories that make it more enjoyable. Until now, the c-drama is receiving mixed reviews. Whereas some viewers enjoy the direct and uncomplicated storyline, others seem disappointed with poor CGI (Computer-generated imagery). That is understandable. Besides poor CGI, average acting, the drama appears watchable. The story of the demon king falling in love with a princess seems one of those old and cliché stories. But who can deny it that it is one of our guilty pleasures?

Good and Evil (2021) Episode 13 will be released on 29 August 2021 at 8 pm CST on Mango TV. The drama premiered on 22 August 2021, and it contains 32 episodes in total. So far, 12 episodes have been released; each episode runs for 35min. With such a short running duration, you can easily binge-watch the drama if you have not started yet. It airs on Sunday, Monday, and Tuesday at 8 pm CST on the Mango TV network.

Domestic viewers can watch it on the original network. As for international viewers, they can watch on the official website of MGTV and the official YouTube channel- MGTV Drama Channel. On both sites, the drama is free available with English subtitles. However, keep note that the episodes on the given sites are slightly behind the original release. Therefore, viewers may have to wait for a while before they get new episodes. Watch Good and Evil (2021) to know how the demon king and the princess leading the journey to uncover the mystery behind the book.

Good and Evil (2021) is a historical romance adventure and fantasy drama. It follows a demon king and a prince who weave through memories of the past in a collection of books. The main protagonist, Chun Yao, used to be an immortal tasked with guarding the monster in Wangchuan. After committing a mistake, he gets banished from the heavens and becomes the demon king of all monsters in Hundred Spirits Lake. The unlucky princess of Bailu Kingdom, Han Sheng, enters the lake where she discovers that she is carrying a book that only monsters possess.

The arrogant demon king has no choice left but to take the princess along in an adventures journey to seek the mystery behind the book, which leads the two to uncover many stories. As they continue the journey, Chun Yao and Han Sheng experience the love and sorrow of various spirits and monsters. As we mentioned, the drama contains various sub-stories that make it more intriguing are-

The c-drama cast numbers famous as well as new faces such as Fiction Guo as Chun Yao, Connie Kang as Han Sheng, Vincent Wei as Si Mao for main leads. The supporting cast includes He Mei Xuan as Bai Shan, Li Ming Jun as Kong Qi, Zong Yuan Yuan as Xiao Shan, Chen Zheng Yang as Xie Change Ye, Wu Man Si as Shen Ci, etc. So far, the cast is delivering a good performance, and even the plot is unfolding, revealing various mysteries. But the end is still far. Watch Good and Evil (2021) Episode 13 and see how far the demon king and princess walk and what the future has in store for them.

The Maidens Ending Explained: The Identity Of The Killer Unveiled!