School 2021 has just premiered, and the pressure is already at the top. Students at the Nulji Science and Technology High School are ready to figure out their future in School 2021 episode 4. 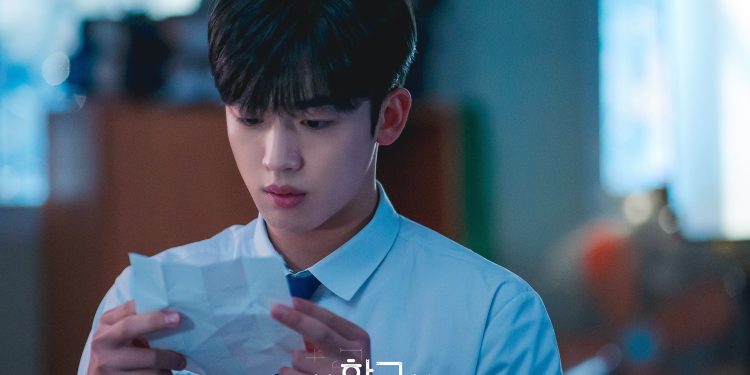 The latest addition to the Kdrama world- School 2021- has hit the TV screens with two episodes. And, the bar is raised high for the students already. The eighth installment of the famous “School” series is proving to have a different direction towards the love and school life of the characters. Hence, it gives a refreshing look to the drama. We have already dished the upcoming plot story on School 2021 episode 3. However, today get your hands on the release date, spoilers, and the preview of School 2021 episode 4.

School 2021, the new high-school teenage drama, is on its way to garnering more and more attention from the Kdrama enthusiasts. Until now, it has introduced us to the characters and their personal stories. While all of them have personal issues, their lives are intertwined too. Prior to knowing the characters on-screen, the young and talented cast of the drama talked about their roles and how difficult it was to adapt to the new persona. Clearly, the new take on “School 2021” will give the audience a chance to differentiate it from the previous installments. Anyway, the plot twists, fantastic storyline, incredible crew, and top-notch performances will remain the same as before.

School 2021 Episode 4 is going to release on December 2, 2021, at 9:30 PM KST. As per its schedule, the fourth episode will drop on Thursday, making it a weekday drama. Furthermore, like the other episodes, it will have a run time of 70-80 minutes.

As of now, the preview for Ep4 is not available. The audience needs to wait for the premiere of School 2021 episode 3 to see the situations changing at the high school. However, there is enough to predict after watching the premiere of the KBS2 drama.

Gong Ki Joon (Kim Yo Han) is still reminiscing his love and dream to be a Taekwando star. He is seen visiting the Taekwando club, where the light is off. This increases the curiosity of the audience. But, the frown changes when he finds a mysterious note in his locker. His frenemy with Young Joo (Choo Young Woo) also brings several secrets to the table. With new episodes, we are looking forward to seeing knowing the real reason behind their cold shoulder.

Meanwhile, Jin Ji Won (Jo Yi Hyun) is determined to become a carpenter, but his pitter-patter with her mother is getting in the way of her goals. The audience is excited to see her soaring friendship with Ki-Joon and Young Joo make things more excited. Other students will also unveil their personal stories in the forthcoming episodes.

School 2021 Ep4 is readily accessible to everyone; people living in South Korea and international fans. Just like all School dramas, “School 2021” is also a KBS2 exclusive. The locals can watch the teen drama via a cable network. However, people who want to stream School 2021 Ep4 online can watch it on Rakuten Viki.

The online portal, which also has a vast library of other Kdramas and Asian shows, will help you binge-watch the drama. Being an official network of the drama, you can find the freshly released episodes on Viki. You need no subscription. Also, subtitles in English and other languages are available for all the fans.

School 2021 Cast and Crew On Their Roles

Before the drama premiered, the cast of School 2021 shared their thoughts on the roles they would be playing in the drama. WEi’s Kim Yo Han described Gong Ki Joon as a clumsy yet hardworking student who is ready to get on an energetic road with the help of his friends. He also mentioned that because [Ki-Joon] is a little nosy, his character has a comedic element.

Following him was Choo Young Woo, who is playing Jung Young Joo. His character is mysterious and carries emotional baggage from the past. Jokingly, referring to his character in Police University,  Young-Woo said that he hopes he gets lucky in love this time.

Cho Yi Hyun, the female lead, plays Jin Ji Won, also Gong Ki Joon’s first love. She rarely mentioned her character but talked highly of his co-star, Kim Yo Han. The two shared how they are dependent on each other off-screen. And, while we are excited to know more about other students, we would like to see the three settle their lives concerning love, life, and career.