After big boulders and communication problem, Dustin's both crews might finally be coming together in Gold Rush: White Water S05 E05 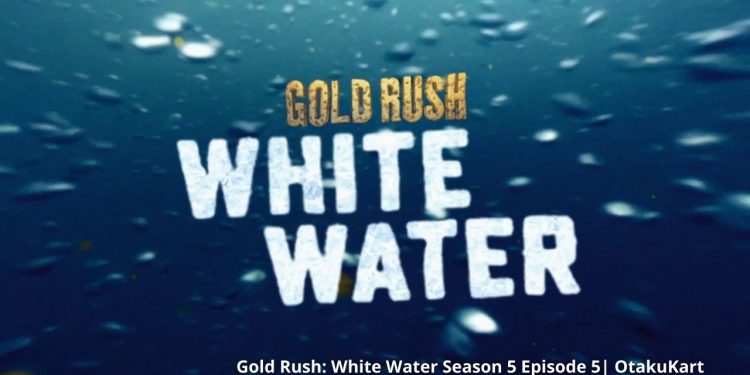 Gold Rush: White Water Season 5 Episode 5 may see Dustin’s both crew legging up on a competition little. Gold was right on the other side of the rocks, and big boulders had blocked the crew from getting to it. If those problems weren’t enough, Dustin had invested a lot of money on equipment and brining in a new crew to join forces. It was a matter of time that he realized that he couldn’t handle two teams simultaneously. So he did appoint a new leader, but not everyone was happy taking orders from her.

Things took a nasty turn when communication problems became evident in the new crew. The team wasn’t willing to take a a chance on their life and dive into water if they are not properly led. This even saw one of the teammates to step up to take the lead. All this new leader needed was some confidence and guidance. This saw the return of a veteran Gold Rush: White Water member to guide them the best.

Previously on Gold Rush: White Water, we opened up to realize that Dustin has spent a lot of money to bring in a second crew. Something that will ease things up and make his team move faster. But it wasn’t easy handling two different crews at the same time. Scott believed Dustin needed to have a second-in-charge who would take care of the second crew, and he was hoping he would realize it soon. At the same time, he believed he would choose him as the one to lead it.

Scott’s heart broke when Dustin chose Kayla over him as the in-charge of the second crew. She doesn’t have experience leading a crew before. It all became clear when their first mission didn’t make it through due to a communication problem with Mark, who was diving into the water. Scott saw that and pitched Dustin that he wants to lead. Scott’s heart broke again when Dustin told him that he thinks Scott wasn’t ready yet. Across the creek, the veteran crew’s Carlos was fighting in water one boulder at a time.

Fred made a surprise return to help the new crew a little. Apart from that, he also took Dustin to a waterfall that would help him find gold like anything. It’s a bit high up, but Dustin will think about it in the future. After looking at the site they are currently working on, Fred gave Kayla some much-needed advice so that the crew can listen to her.

So, the next day Eric was diving with a target of feet down. Much similar to Dustin’s veteran crew. Fred had joined Kayla for communication as well. There was a blockage in one of the pipes, but it resolved quickly, thanks to Kayla’s quick thinking. The new crew dug four feet, coming equal to the veteran crew who were shut down. Kayla’s new confidence also encouraged Mark to give another shot at diving. Meanwhile, Dustin himself dived in for the veteran crew and fought with the boulders in order to get to the gold.

Gold Rush: White Water Season 5 Episode 5 is expected to release on 3 November 2021. There is no official synopsis for the episode yet. But we are hoping to see Dustin’s veteran crew to leg up a little. It took Dustin himself to dive in and remove boulders that stopped them from coming near the gold they were looking for.

Coming to the new crew, it seems like Kayla has gained the confidence she was missing. Now there is some getting along and good communication with her crew that was needed. Also, she proved that she is quite a reliable leader, encouraging some of the members to dive into the water again. So far, they have come close to where the Veteran crew were, and we are hoping she continues to pile on the same.

Also Read: The Voice Season 21 Episode 21: Who Made It To The Top 10 Performances Night?

Gold Rush Season 12 Episode 11: Everyone May Need To Pick Themselves Up