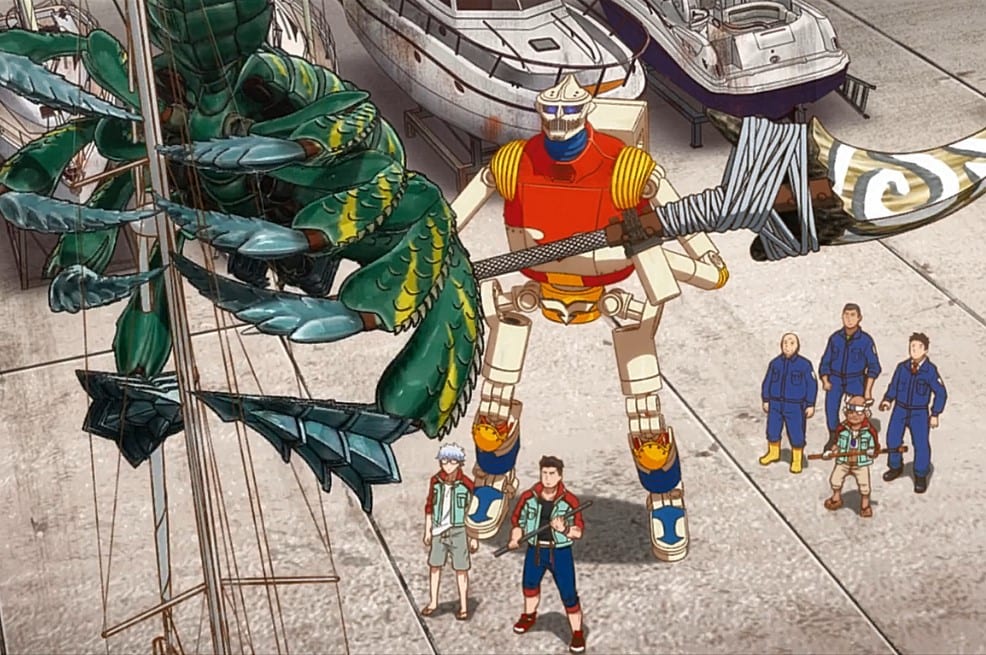 Team Goro and scientists from Japan helped the military army take down the mysterious monsters they suspect, Rodan. Goro got defeated during the battle, and Jet Jaguar got destroyed. The dreadful monster lost interest in fighting and chased Yun and Haberu. Yun lures the monsters towards the parking lot, and he manages to fire an injective chemical that made the beast weak. Yun collapse and the monster also falls unconscious. Godzilla Singular Point is left with four episodes to conclude the episode finale.

The scientists are ready to lock the monster inside the cage and send it to the lab to complete their studies. But the Rodan and mysterious monsters keep on spreading around the city and the woods. The civilians are warned to stay at home. The next day the scientist and the news reporters had found that the mysterious monsters are known as the Godzilla. They head out on a Godzilla hunt. Meanwhile, in the town, Godzilla is attacking the military army. The buildings and the citizens are being burnt.

After a massive explosion, the soldiers are wondering if the Godzilla burn to death.  But they find that the young Godzilla has died after the blast, and no more Red Dust has appeared since the Godzilla’s death. The government officers are working on the scene that the explosion took place. The new reporters reveal that the carcass of the giant creature remains in the city. They are relieved that the sky over Tokyo is blue for the first time in days. Team Goro is on its way home, but the Jet Jaguar is destroyed.

Haberu asks Goro what is next since the problem is solved. He is wondering how come can the creature died from its gas. Yun comments that the phoenix revives from its ashes and the eucalyptus resprouts after fires. He wonders if the Godzilla died to survive. Haberu remarks that there was no need for the Orthogonal Diagonalizer. The robots reveal that the cumulonimbus clouds are formed by upward air currents and can even reach the stratosphere.

A power charger for a condenser created by the earth’s surface and ionosphere. Yun asks the robot if it is using more CPU. The robot replies that this is what it means to live inside a body. They continue talking while they head home, and Goro saw something by the beach. He told his team to check over and wonder if someone has killed the Manta. Yun comments that it is not Manta but Manda. They both look down and saw a huge monster-like dragon snake dead near the beach. 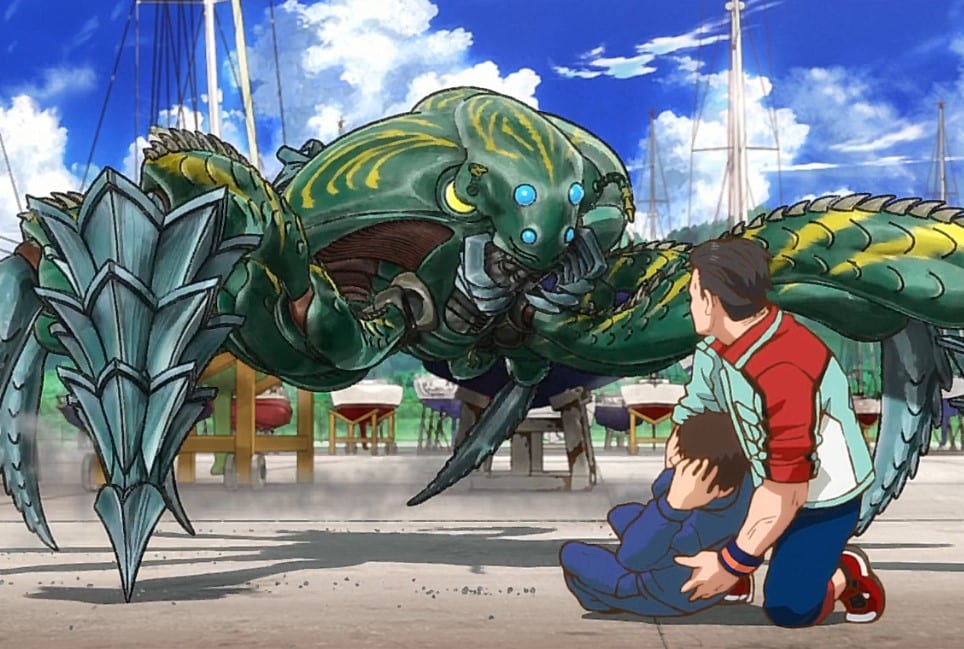 Yun reveals that no human could have inflicted that damage on the Manda. Goro told his team to go and investigate it. Meanwhile, in the town, a hard tissue was identified under the charred layers of the body. The high-ups thought it was an exoskeleton, but the researchers denied it, revealing that they found something shapeless underneath it. The thing is like a gooey slime or a pupa. The high-ups realize that Godzilla might come back to life in another form.

The researchers reply that it is possible, and they wonder what will happen next since the first Godzilla appeared from the sea to the land or maybe the next will emerge from the sky. The researchers have discovered something that was lost for over 30 years. On the ship heading to London, Mei finds that her theory was correct. She realizes that Archetype is transtemporal. Her boss comments that it is impossible to process Mei’s theory in reality, and it’s terrible news for them.

She comments that what they are doing is like looking for a lost ring inside the sea or space. Later, team Goro finds that the Manda got eaten by one of its kind. Yun takes pictures for more research. Goro shows them a broken part and reveals that Godzilla ate it. Yun and Haberu think that Giant Sea Roaches since there is a mark of ten teeth. They saw a nest of Roaches nearby and head to find out. The kids are enjoying playing with a repaired Jet Jaguar. They encounter a giant spider, and Jet Jaguar defeated the spider.