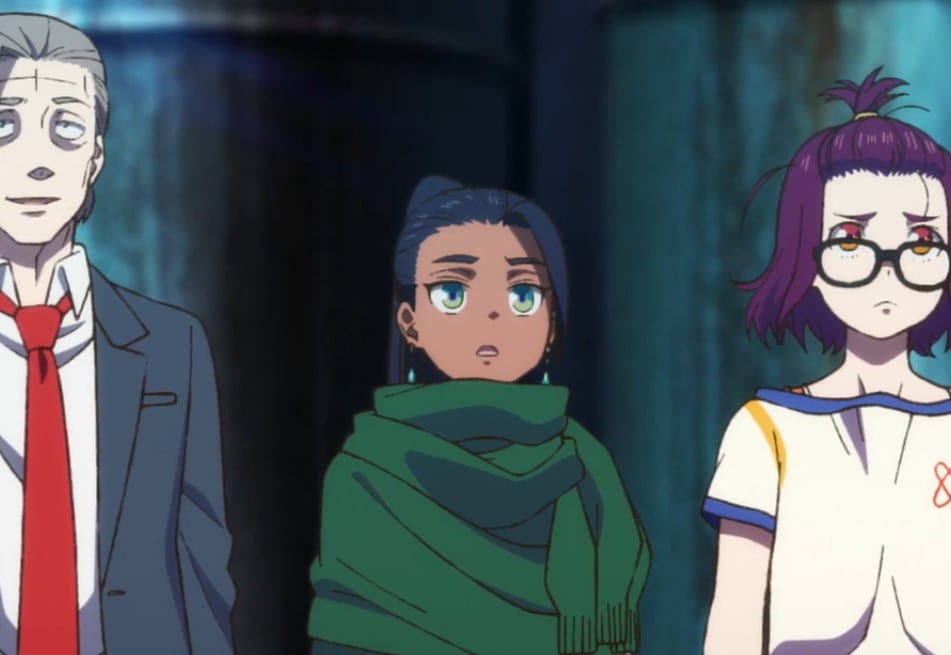 Yun, Haberu, Mei, and the rest of the crew are about to get over the Godzilla incidents. Godzilla Singular Point has concluded; let’s find what the episode find what episode finale has to offer. The higher-ups reveal that the ancient Greek Stoics believed that the world gets destroyed by a great fire. They watch the spread of fire engulfing the city and wonder what will end this Godzilla incident. Finally, Mei arrives at the location near the lake where the Singular Point got located.

Yukie asks Makita what he thinks about the end of the world. Yukie reveals that the Pessimist said the God of the universe wanted to erase and the evidence of his blunder of creating humanity. Rin, Mei, and Bayler enter the experiment room, where Mai notices that the experiments have failed due to the calculations that cause the explosion. Bayler reveals that massive amounts of ”calculations” were repeated and compressed. Bayler also talks about the incident that took place over 50 years ago.

The Matarisvan got almost born during the experiments. Mei also wonders what Mata is, and Bayler replies that Mata is known as Agni, the God of fire. Mei asks if the God of fire is like Kagutsuchi. Kagutsuchi is a Japanese God whose mother died from a burn injury when she gave birth to him. Bayler replies that the research committee got formed, but it nowhere. The Super Dimension Calculator got sealed, and 20 years passed. After few months, Professor Li destroys the seal, and Bayler shows them where Li discovered the Archetype and the Orthogonal Diagonalizer.

Professor Li relaunched the lifting up of Singular Point but not as a calculator as a production plant. Mei wonders what kind of person is Proffesor Li. Bayler comments that according to Mei, the calculator gets results from the future. Mei reveals that Professor Ashihara reached into the future and witnessed that Catastrophe. Bayler interferes while saying Ashihara might have reached the ”future.” Still, if it is true, they must attempt to repeat the calculator shortly instead of getting to the Catastrophe.

Mei’s robot asks if the calculations were correct and successful. Bayler told the trio that they will see the results when they get there. Rin can’t believe that they have to climb more stairs, and it has been long ever since they arrived inside this base. Mei talked about the force and the result that they might get. Bayler comments that Ashihara got caught in the explosion and went missing. No one knows if Ashihara dies or traveled to the future. Bayler told Mei that she must attempt to control the lamp’s genic without screwing up.

Bayler scares Mei and Rina by saying that if they search around the base, they might find Ashihara’s corpse. Mei’s robot asks if there somewhere he can charge her battery. Meanwhile, Haberu, Yun, and Jet Jaguar are investigate something, and Jet Jaguar saw a butterfly. Yun comments that it is a moth; the Red Dust has covered all over the place, causing the trio to wear a face mask. Jet Jaguar comments that butterflies and moths are both lepidopterans. They are difficult to differentiate, and their behavior differs by habitat. 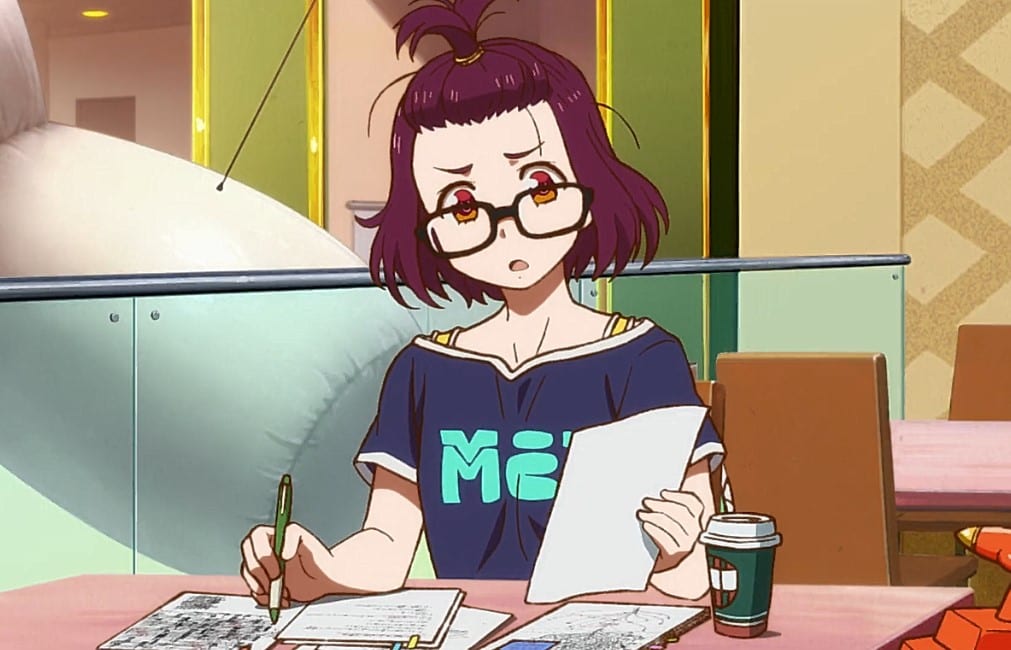 Yun told Jet Jaguar not to be afraid since the butterfly won’t bite. The trio talks about the rules of playing with the butterfly, but Jet Jaguar gets sad after the butterfly flies away. In the city, the reporters talk about the Red Dust and Godzilla rampaging and destroying the city. One of the reporters reveals about Kaijus migrating from Europe to Africa. But the Red Dust remains over Central Asia, and the media manages to get footage from a fleet off the shores of California. Finally, the Japanese Tv news talked about the failure to eliminate Godzilla.

Thick Red Dust is blocking satellite images Rodans are heading to the city. Meanwhile, the military has discovered the same traits as Red Dust, and a thing that absorbs Red Dust and grows as if it were a plant. They wonder if there is a plant, Kaiju, that causes buildings to collapse. One of the soldiers reveals that the Kaiju plant, gray goo, or the blood by the experts. The captain realizes that is something that doesn’t have an explanation.

Later, Mei wonders if Ashihara was trying to use the Orthogonal Diagonalizer to prevent the Catastrophe. Mei, Rin, and Bayler have found the note of Orthogonal Diagonalizer. Yun and Haberu have also discovered exciting news that will help in saving the world. That butterfly reproduces many butterflies that help get rid of the Red Dust when they fly. That’s what we have for the final episode of this anime; take a look below and don’t miss the episode review next week.