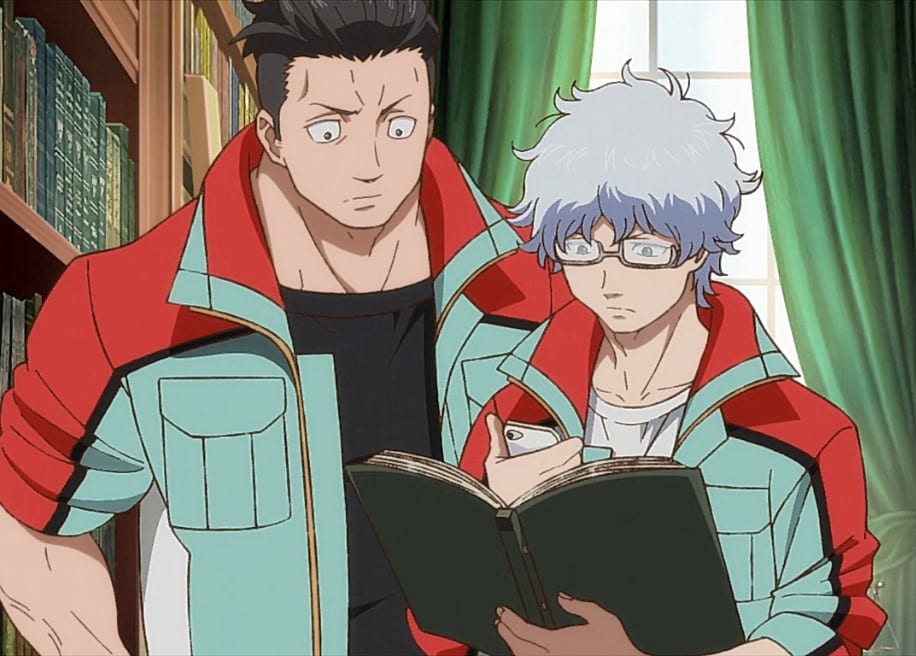 The military army, scientist team, and team Goro are still dealing with mysterious monsters that keep on emerging. The higher-ups report to the military army that they have heard the footsteps of possibly Godzilla. But they can’t see anything due to low visibility. The soldiers replied that they are waiting for the command. The higher-ups managed to notice the big Godzilla and told the soldiers to run away. Godzilla Singular Point is left with two episodes to conclude; make sure not to miss them.

The Godzilla started to blast the mini-flying Rodan and continues to destroy the city. Yun reveals that Singular Point is a place that invalidates the laws of the world. The Singular Point exists all over the Earth and is producing Red Dust. But thingamajig can get rid of Red Dust. Yun also said that if the Orthogonal Diagonalizer can complete. Haberu comments that Rodans can’t survive without Red Dust. Yun replies that there will always be Red Dust if there is a Singular Point. The two are heading to the scene.

Yun and Haberu realize that Godzilla in Tokyo is multiplying due to the Singular Point. They both decide to head towards a catastrophe since Longhorn Beetle thinks the disaster will destroy the universe. Yun wonders if this could result at the end of humankind. They both arrived at their destination and started to investigate the truth behind the Godzilla incidents. Haberu told Yun that they have to stop the Godzilla incidents before the world gets destroyed.

He realizes that they lost contact with Longhorn Beetle four days ago. Yun reveals that Longhorn Beetle said that a man called Ashihara predicted everything. Ashihara also predicted the mysterious globetrotter and a key figure in Archetype research. Yun is glad they are inside Michiyuki Ashihara’s mansion, and they can find the truth behind everything. He opens a book that reveals the Singular Points, and Haberu comments that the Singular Points look like squiggly lines.

Yun comments that it is because of the 2D drawing of a transtemporal network. Yun finds the sequences that are converted into decimal numbers or reversed. They find that the lines match the ones in the song entirely. Haberu wonders if it was Ashihara who encrypted the song. Yun replies that it was a memo left by the owner who went missing, and Ashihara might have embedded the note over 50 years ago. Meanwhile, Mei is with her boss talking about Godzilla. They also talked about time travel. 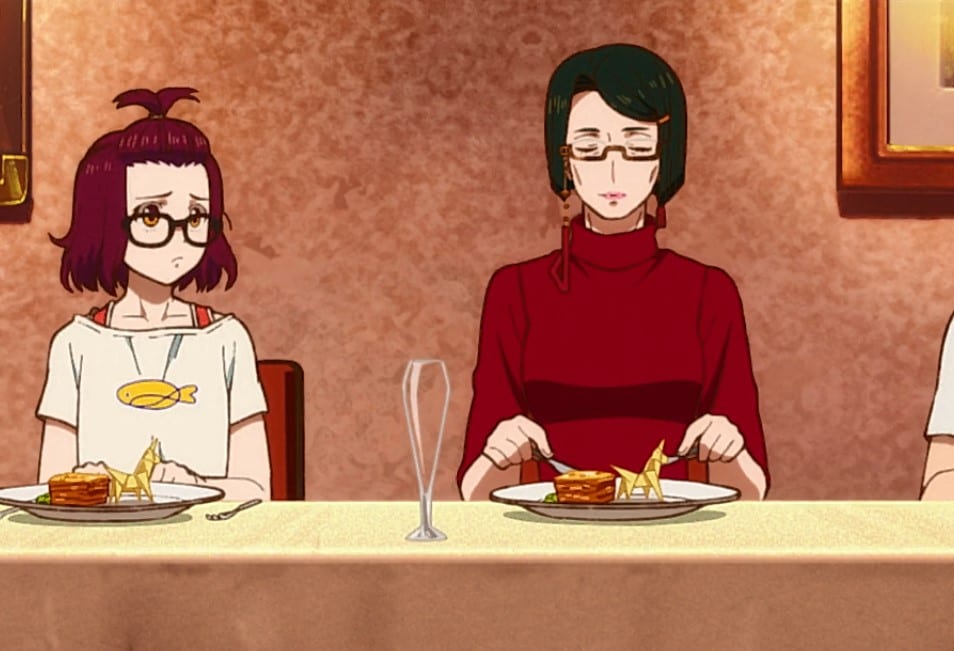 Mei’s boss comments that history will stop changing if they go to a universe without a time machine. The same thing might happen with a super dimension calculator. Mei thinks that if they send the results to the past, the problem is solved before it’s entered. Mei’s boss replies that it won’t be a problem if no info was transmitted. Mei’s boss also explains how they can send an information signal to the past. Later, Mei tries to communicate with Yun, but she couldn’t connect.

Mei’s robot reveals that there is a global network failure and severed undersea cable, as well as damaged networks and base stations. Mei is worried that twelve hours have passed, and BB is the one who told them to hurry. Mei’s robot comments that every country has a different concept of time. Mei’s partner arrives, asking about Upala, and wonders if Upala is here. Mei replies that she hasn’t seen Upala today. Mei’s partner suggests taking a break, but Mei receives an SMS.

A thug tries to run away with Mei’s robot, but an unknown girl puts her leg in the way, and the thugs fall. Mei’s guard rescue Mei’s robot while the strange girl reveals that she is Lina. Lina comments that she is here to replace BB since BB can’t make it. Mei wonders why BB is not coming. Lina reveals that BB is focusing on his experiment. Meanwhile, the military army continues to fight with Godzilla. Half of Tokyo got engulfed by fire coming from Godzilla’s breath.