While the twists and turns were already a lot, and now Godfather Of Harlem Season 2 Episode 9 is bringing more of them in. It seems like Bonanno is playing a new game altogether as suddenly a new card has turned for him. This is the aftermath of what happened previously on the show. Bumpy had formed a group of his own people and is hoping to grow it. But his shipping of Heroin is put on hold with Monsieur asking whopping money for it. As Bumpy works towards that, many other competitors have painted targets on his back and are coming towards him.

First, let’s begin with Sam Chrisitan leaking secrets to the Italians. Pettigrew and Chance got the note of it. But Pettigrew himself had a lot to get of his chest, and all he needed is a second chance. He did get one, but things not necessarily went according to the plan. Sam Chrisitan got the glimpse and went on to confront Bumpy on his own. The only thing is he didn’t have the idea of how dangerous Bumpy can get. So who comes out on top? Also, what went down between Captian Omar and Malcolm X?  Is Morganthau getting closer to the big names? Let’s find out.

Previously on Godfather Of Harlem, we opened up with Monsieur informing Bumpy that his superiors require $8.1 million for the shipping of Heroin. Money becomes a problem among Bumpy’s group. Bonnano tells his group about the bigger problems that are The Blacks, and they should take them out. Especially now that they have an inside man in the form of Sam. Bumpy is concerned about black men fighting amongst each other. Unexpectedly, Bumpy also meets Mr. Morgenthau for the immunity deal he initially offered. Morgenthau knows more than Bumpy thought, and unfortunately, the immunity deal is off. 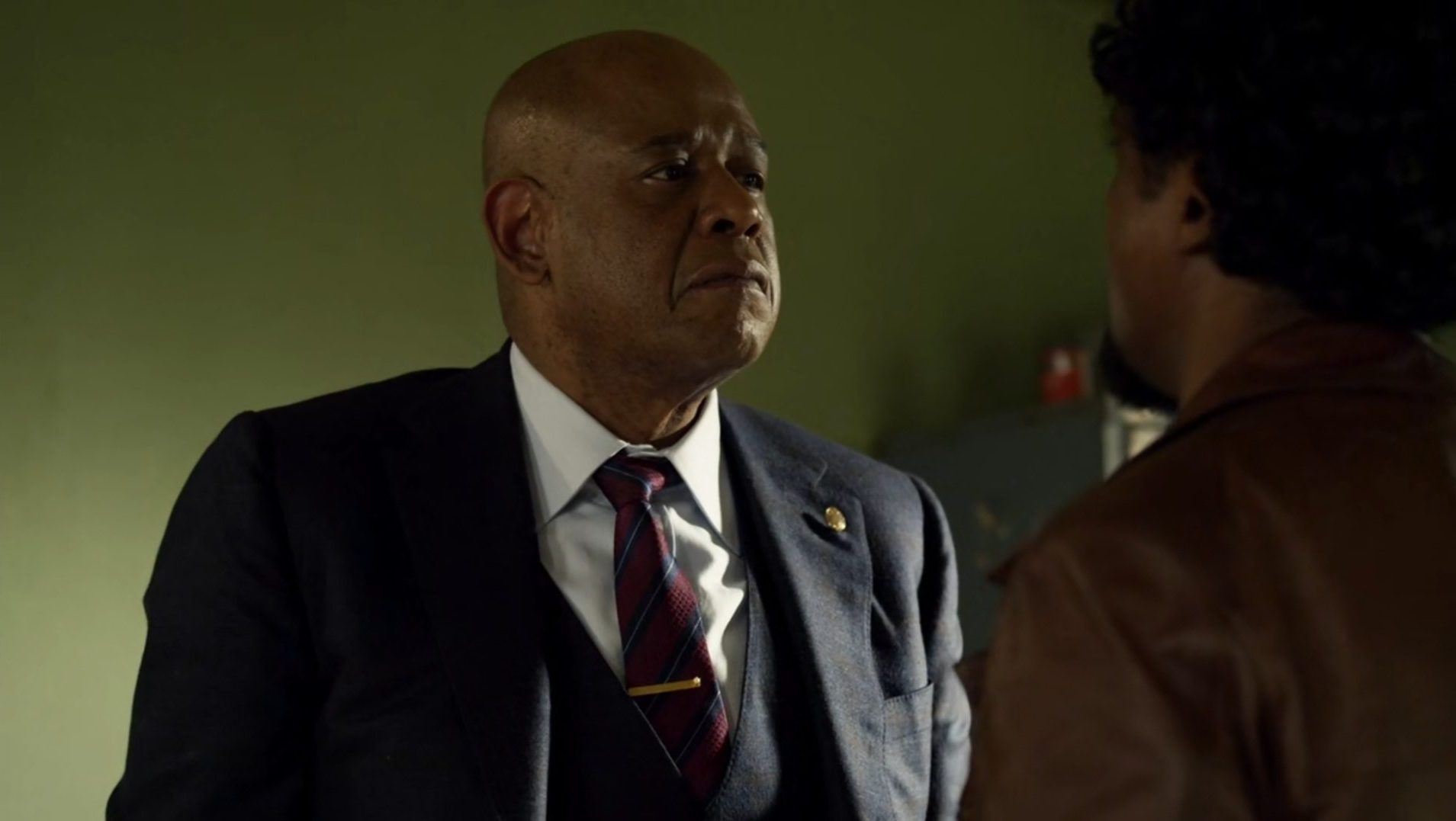 Chance and Pettigrew, sent by Bumpy to investigate, realize it’s Sam leaking secrets. Malcolm and Elise being close may turn out dangerous for later, and Malcolm wants her to leave, but she ain’t looking to back out. Plus, the investigation did come walking in towards her with Captain Omar leading it. Upon Chance’s threat, Pettigrew confessed to Bumpy about selling Bumpy’s stuff to Reggie. Bumpy is quite furious but ends up giving Pettigrew a second chance to make up.

With the injured eye, Pettigrew went on to hunt Sam and tried to fool his group but ended up getting caught. Joe reveals to his wife about Vincent Gigante ordering to kill his son. Captain Omar interrogated Elise. Morgenthau tries to talk to Stella Gigante for information, but unlike last time, she denies saying anything. Sam and Bumpy have sat down on their own to make things right the way they want to work. Sam wants Monsieur 98 for Bumpy’s share to the tunnels by the harbor. 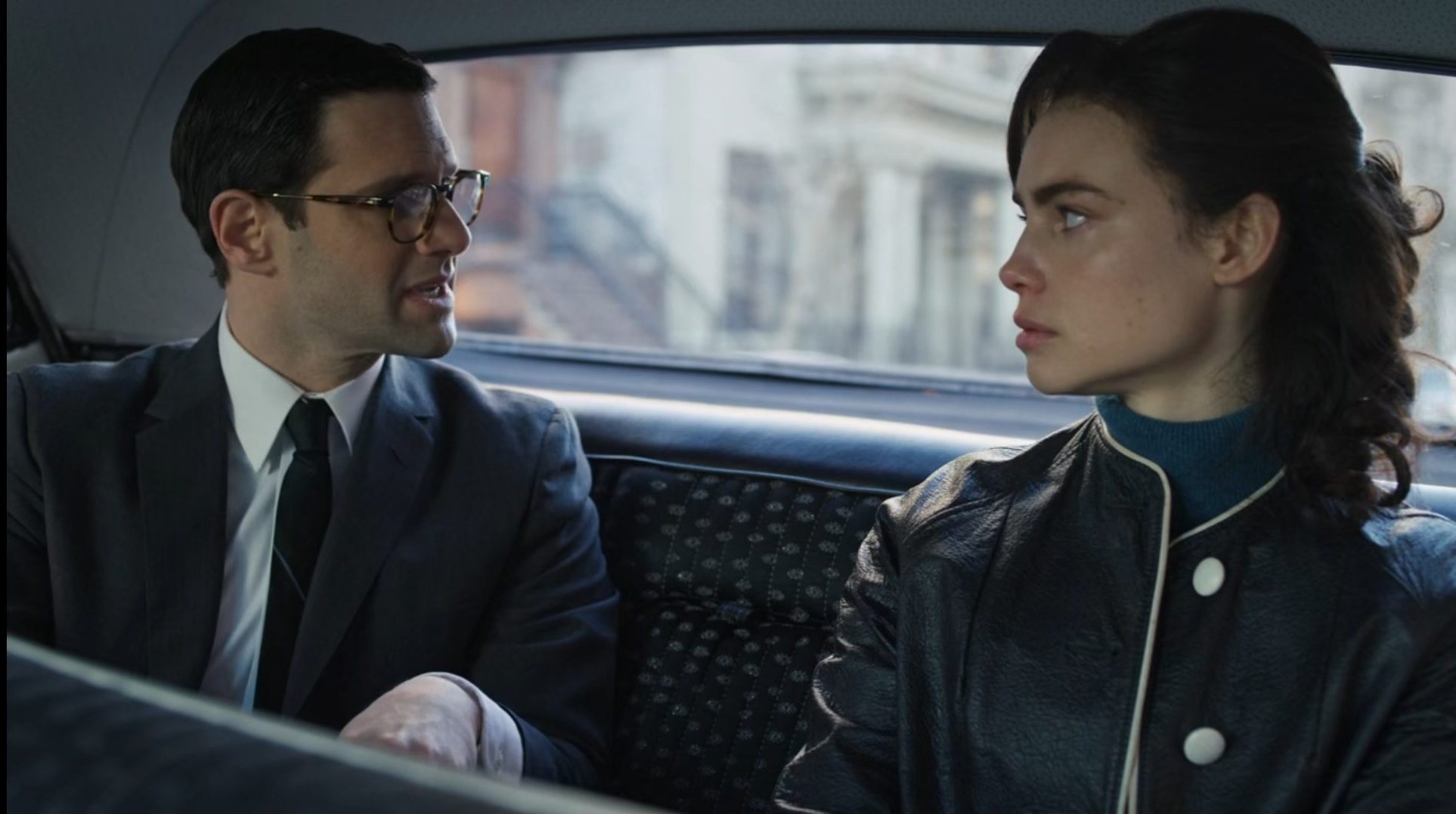 Bumpy wonders if he is Sam and Italian’s target and meets Frank to get to the bottom of the truth. Stella decides to make a confession to Uncle Louis. Malcolm decides to go head-on with the situation and asks Captain Omar to keep the family out of this. Morgenthau manages to get the recording of Stella and Father Louis’ phone call. The confession of her killing Benny Mangano comes to light. Now Morgenthau hopes to get her as his star witness.

The episode closes with Bumpy taking Monsieur 98 and money to Sam Christian. Pettigrew is returned to Bumpy safe and sound, and money is delivered. Now Bumpy makes the moves with a bomb inside the money, and guns are blazing shot with Sam Christian being the last to be killed. Monsieur 98 approaches the Italians after realizing the danger Bumpy Johnson is.

Godfather Of Harlem Season 2 Episode 9 is titled “Bonanno Split”. Well, the title of the episode says a lot, but the official synopsis has much more to add in as well. So we will be looking forward to Bonanno taking his steps away from Italians, and now it’s Bumpy who will be taking charge to protect them. Bonanno has strong plans to put an end to the commission. On the other side, Captain Omar looks forward to taking his campaign to the next level as he continues confronting Malcolm X.