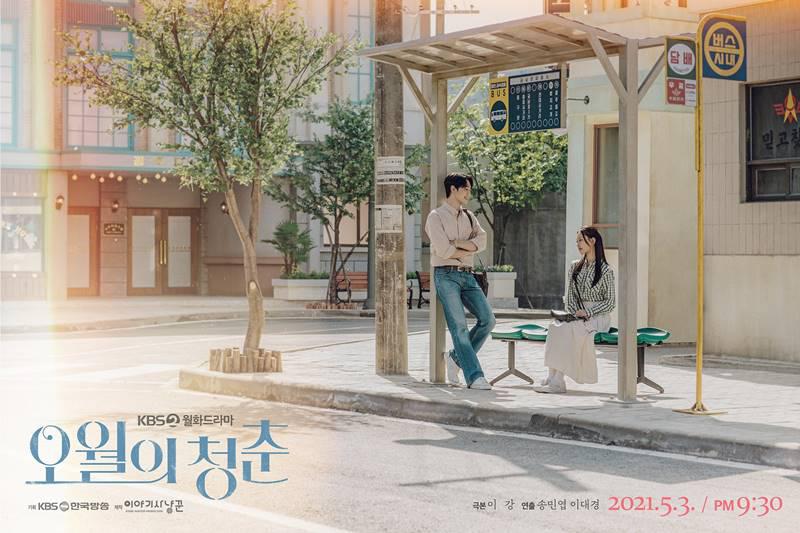 Youth Of May Teaser Poster: Credits go to KBS 2TV

Youth of May is an upcoming historical melodrama South Korean series. It is a drama about two young people who fall in love during the Gwangju Uprising that took place in May 1980. The uprising has a significant mark in South Korean history. Hwang Hee Tae is a medical student who has his mischievous side.

But in reality, he is determined to get good grades and end the prejudices against single mothers. Kim Myung Hee is a nurse. She is just three years into her career, but she has already faced all sorts of hardships and struggles thrown at her.

“Youth of May” cast and Production Details. 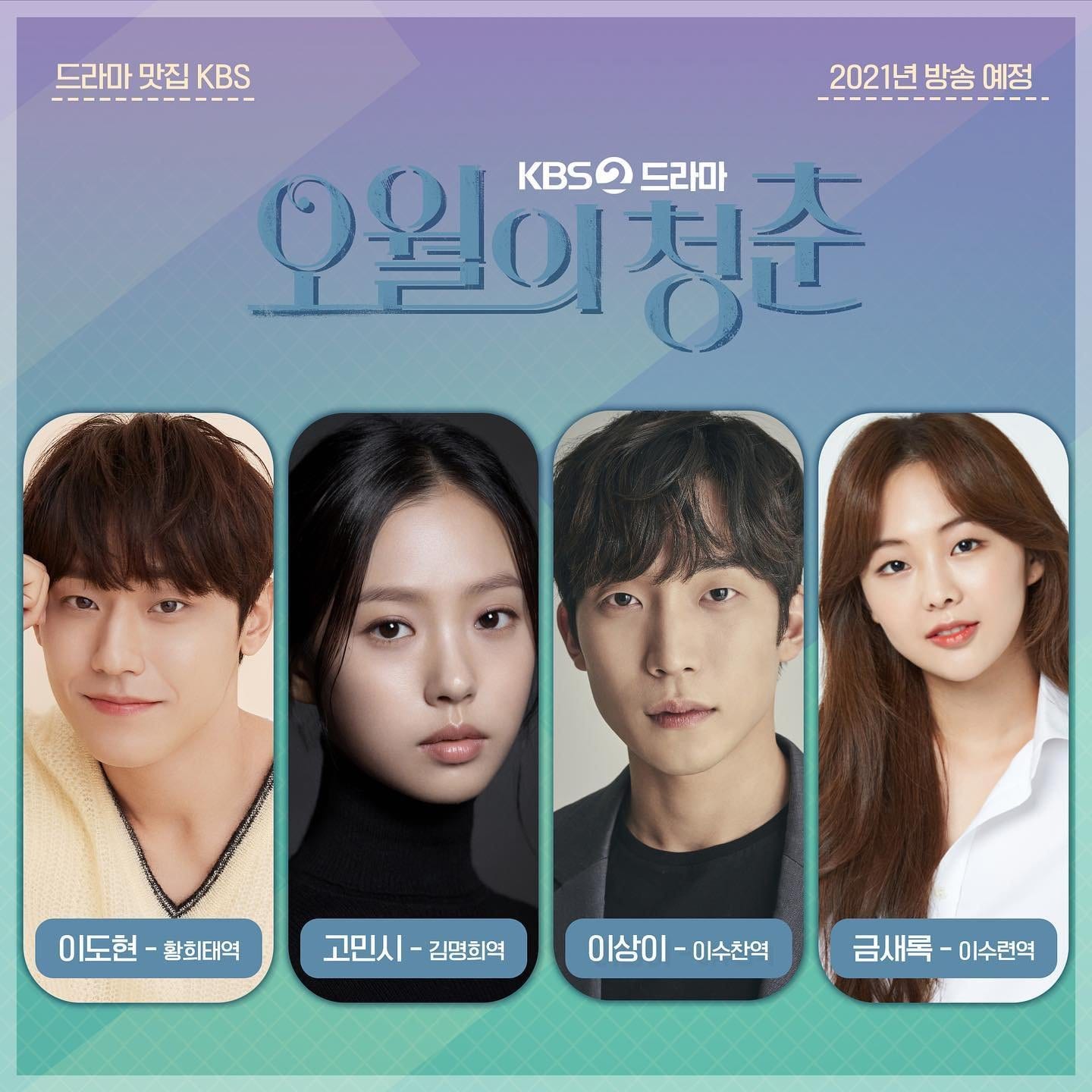 The cast of the upcoming drama Youth of May: Credit goes to KBS Network. (From the left: Lee Do Hyun, Go Min Si, Lee Sang Yi, Geum Sae Rok )

Song in Yeop is the director of the show, and Lee Kang is the scriptwriter. KBS2 is the original production network for the show “Youth of May.” Fans are most excited about the pairing of Lee Do Hyun as Hwang Hee Tee and Go Min Si as Kim Myung Hee. On October 6, 2020, the agencies of both the lead actors officially announced the two pairings with each other in the upcoming show Youth of May. This will be their second collaboration after the drama series called ‘Sweet Home’ that was released on Netflix on December 18, 2020. Though the pair was seen as siblings in the drama, fans loved the two.

In the upcoming drama Youth of May Lee Do Hyun will play Hwang Hee Tee, who is a medical student and having the roughest May. He is a trouble maker and was brought up as a single mother. To break the prejudices against sons raised by single mothers, Hwang Hee Tee earned top grades by studying hard and even got into Seoul National University College of Medicine. His hobby includes playing guitar, and he likes to visit music cafes. But due to some unfortunate turn of events, he ends up facing the harshest May of his life. The other main cast members include are Lee Sang Yi as Lee Soo Chan and Geum Sae Rok as Lee Soo Ryun.

Lee Soo Chan is Kim Myung Hee’s best buddy and has an easy-going personality. She comes from a wealthy family, and she has the responsibility to be a pacesetter in securing justice in social troubles. Lee Soo Chan is Lee Soo Ryun’s older brother. He came back from France after finishing his studies. He is now helping his father with his family’s commercial enterprises.

Go Min Si Turns into a Nurse for ‘Youth of May.’ 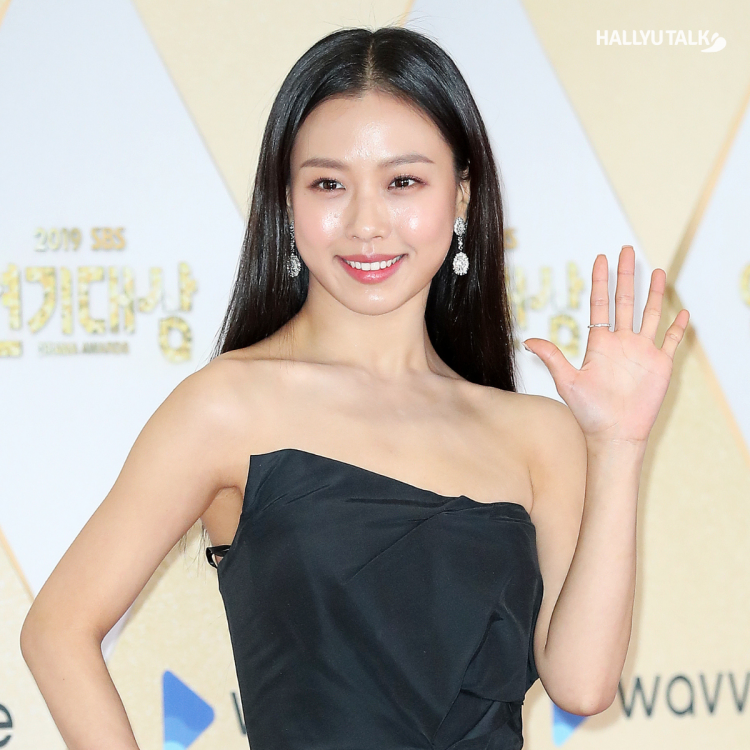 Go Min Si is a South Korean actress, model, and director under the label Mystic Story Entertainment. She has bagged prominent roles in dramas such as Sweet Home, Love Alarm, Witch, and now Youth of May. Her character’s name is Kim Myung Hee, who is a nurse who s already three years into her medical career and faced challenges and hurdles thrown at her at every step.

Kim Myung Hee is a hardworking nurse. She is living alone in Gwangju after she left home. She does not exactly have a friendly persona for her crying patients, but she is pretty skilled at what she does. It will take less than ten seconds for her to find the cause of the problem and also the right blood vessel. More than an angel Kim Myung Hee can be considered and marked as a warrior, a survivor. She has a cold, intimidating outlook. Although she is actually a lovely person, she never fears to voice against injustice and unfairness.

‘Youth of May’ Where to Stream and Release Date.

On April 9, 2021, KBS 2TV released the first teaser clip for the drama. In the teaser, Hwang Hee Tae enters the room with flowers and sits down to write a letter. The guitar is playing in the background. The camera shows a snippet of the letter which says, “When I think of you, it becomes music. There is a song I want to play for you with anticipation. On the night of May 03, I’ll wait there.” The receiver of the letter, as shown, is Kim Myung Hee. However, to t everyone’s shock and surprise, the teaser ended with a gunshot keeping all of us in suspense.