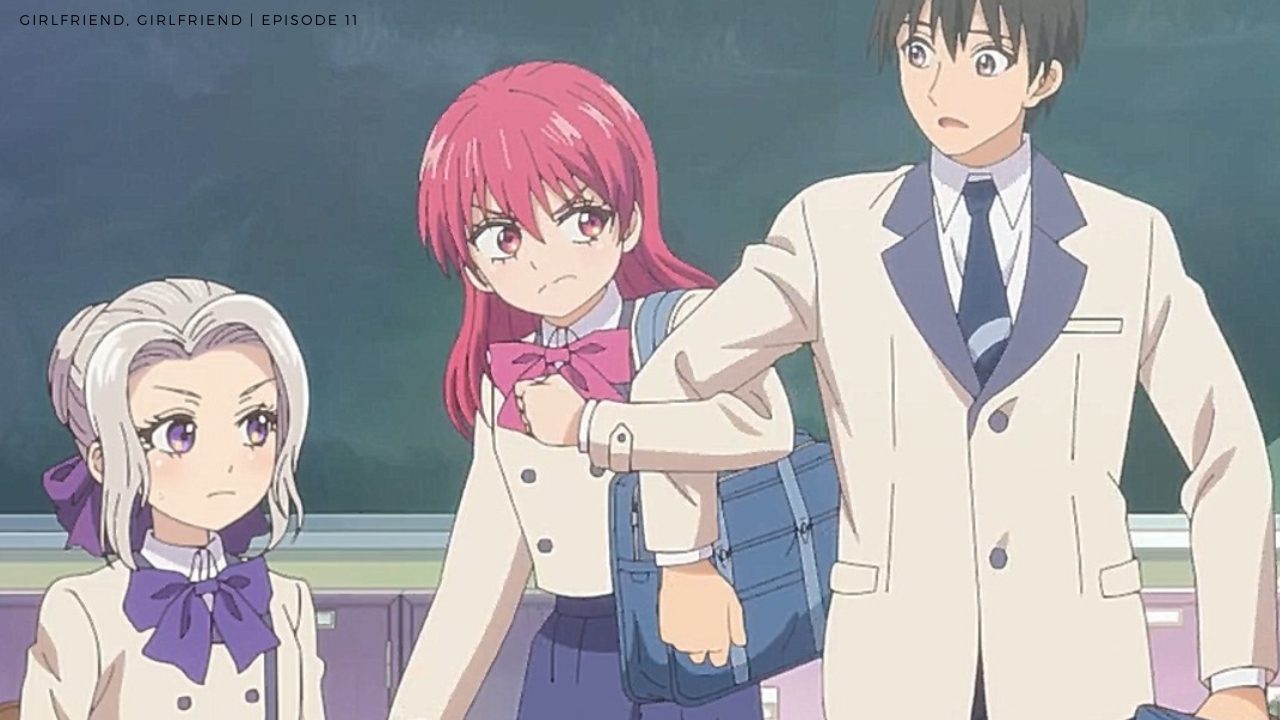 Saki advises Nagisa that they can’t sit and let Milika get closer to Naoya. The two decided to make Milika retreat. The next day at school, Saki decided to keep Naoya busy so that he won’t face Milika. The two talked about going to shop for their trip after school. Naoya agrees, and the fourth girl calls Naoya wanting to ask him about something. Saki grabs Naoya away, and they decided to ignore the girl. The trio went to the shop. The fourth girl wonders what is happening with Naoyao since he kissed the girl he is not in love with.

The trio arrives at the mall, and Saki talked about buying new clothes and going to hot springs. Saki asks Naoya about the kiss, and he apologizes that he got carried away and let his guard down. Milika is spying on the three wondering what they are up to since she knows they want to eliminate her.  Nagisa realizes that they have to go to the hot springs with Naoya. She realizes that Saki told her that they would get a chance to get close to Naoya. Milika kissed Naoya, but she refuses to join the relationship.

Nagisa is worried that Milika promised them that she will get Naoya and made him choose her alone. But she wants to focus on their trip and realizes that they have to maintain their relationship. Nagisa thinks that she will kiss Naoya when they go out. She imagined herself kissing Naoya and realizes that it will be the most romantic moment she has had in her life. Saki arrives, and the two buy fresh mint, thinking that one of them will get the kiss. The two realize that they have talked about the romantic moment, and they shout they have kept it a secret.

Saki opens up about her tricking Naoya since she wanted to be the first girl ahead of Nagisa to kiss Naoya. Nagisa can’t believe that she wanted to do that before her. The two realize that Naoya can’t kiss two people simultaneously and wonder who will be the first one to get it. Saki comments that Nagisa doesn’t have to go out of her way for someone like her. Saki reminds Nagisa not to worry since Milika has already kissed Naoya. Even if Nagisa kiss Naoya before Saki, she is still her girlfriend.

Saki realizes she said something that she wanted the opposite to happen to cheer Nagisa. Nagisa is glad that Saki gives her confidence to push Naoya to kiss her before he kissed Saki. The two decided to support each other during this mission. Nagisa wonders how she will react or face Saki if she kisses Naoya first since Saki is the first girlfriend. The two decided to buy costumes that will charm Naoyo on their journey. The two tried different outfits, and Saki notices that Nagisa had a bad taste in choosing clothes. Later they went outs, and Naiya entered a place where all women are naked.

You can watch Girlfriend, Girlfriend Episode 11 online on Crunchyroll. Girlfriend: Girlfriend will conclude soon after releasing the next episode; you can stream the remaining episodes online, and official streaming includes English subtitles.