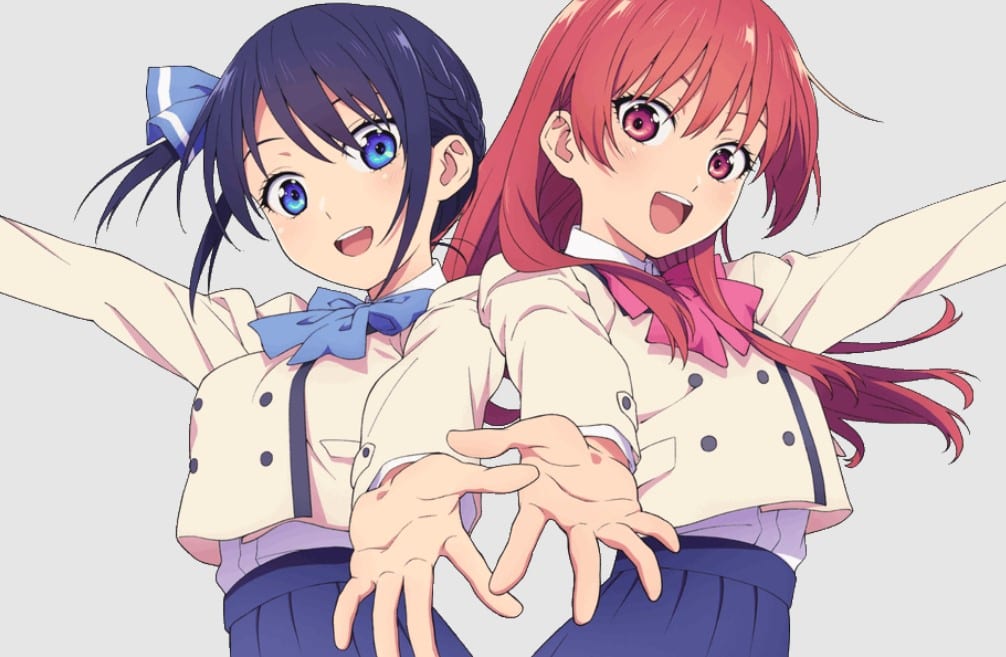 With summer season on its way, we started the first week of July by looking at a new anime known as Girlfriend, Girlfriend, or Kanojo mo Kanojo. Girlfriend, Girlfriend is a Japanese rom-com manga series. The manga has released six tankobon volumes that have got published as of 17 June 2021. The anime follows Naoya Mukai, who is in a relationship with his childhood friend Saki Saki. Nagisa Minase noticed and got driven by jealousy that makes her confess her feelings to Naoya, who first rejects her.

Nagisa tried her best to get Naoya, but things became difficult. Girlfriend, Girlfriend is an exciting anime about true love and betrayal between students. After a long wait, Naoya ends up accepting Nagisa’s proposal. The two decided to hide their relationship from Saki. Naoya thinks he is doing the right thing and dates both Saki and Nagisa at the same time. Later both girls decided to live with Naoya in the same house. Naoya’s parents lived somewhere because of their work and got separated from Naoya.

Naoya has to attend school and live alone. They come to check him, and sometimes Nayo visits his parents. The anime follows the trilogy’s love story and their daily school life. The trio faces difficulties trying to maintain their love triangle relationship. In the beginning, Naoya loved Saki wholeheartedly, but she was hard to get. He confessed every day at school and after school until she accepts him as a boyfriend. Naoya notices that Nagisa is cute and has a girlfriend, and it is hard for him to be in a love triangle. But he ends up hitting on two girls at the same time.

Let’s take a look at the love triangle story and Naoya Mukai’s childhood story.  In his childhood, Naoya played with Saki, and the love spark light at a young age. The two enjoy each other’s company and attend the same school together. Naoya’s parents get a better job and decided to move to another place, leaving Naoya at middle school. The boy started to think that he has the freedom to do what he wants. Naoya realizes that he has feelings for Saki ever since he was young.

Naoya makes his move and expresses his feelings to Saki Saki. The two became a great couple that brought jealousy to girls around the school. Saki uses her last name as her parents to make her name sound cuter. She is a beautiful slender girl with a small chest compared to Nagisa Minase. The two became rivals when it comes to love and share the same boy. Nagisa became Naoya’s second girlfriend after she proposes to him. Nagisa fell in love with Naoya after notice that he has become an excellent inspirational figure in her life. 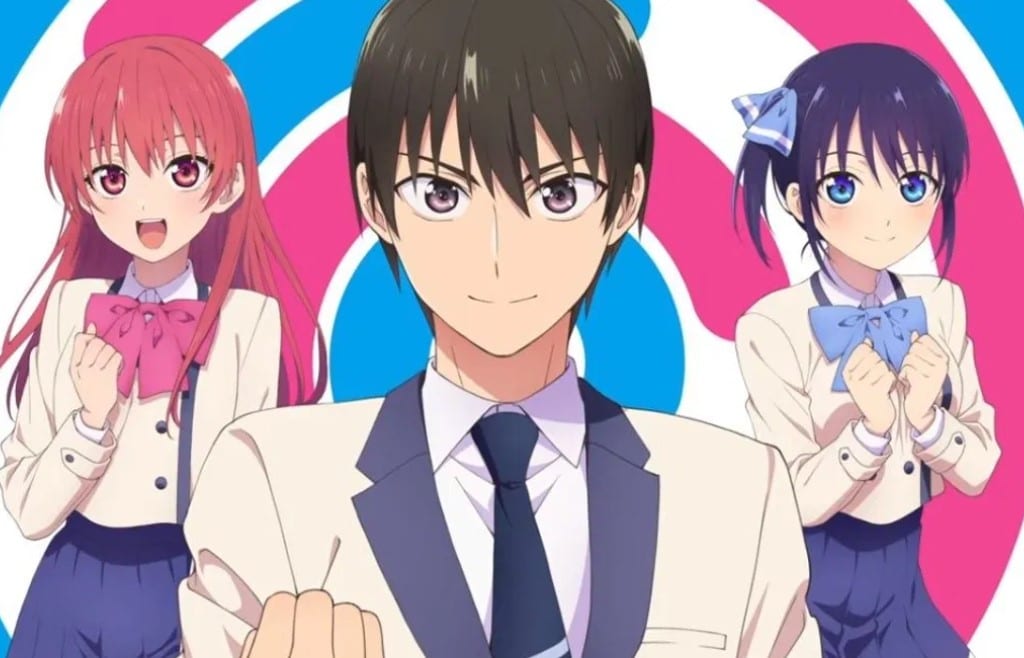 Naoya advises Nagisa to persuade her dreams, and the skill she is good at. Rika Hoshizaki attends the same school as Naoya and befriends him. Rika is a popular vlogger who uses Mirika as her online name. During that process, she fell in love with Naoya. Rika tried her best to get Naoya and become Naoya’s third girlfriend. Rika begins to spy on Naoya and the two girlfriends. She tried to seduce Naoya to propose to her, but he is troubled that he already had two girls on his list.

Shino Kiryu became Saki’s best friend and attended the same class. Shino finds the truth behind Naoya’s romantic arrangement with Saki and Nagisa; she is against the idea, but she ends up falling for Naoya as well. Naoya wonders if he has become a ladies man who passes, and every lady gets attracted to him. Risa Hoshizaki is Rika’s younger sister. Naoya became popular around school with girls, and other boys got jealous that he would hit all the girls in school.

Naoya is living on cloud nine. The love story of Naoya got filled with fun and entertainment. That was all about the latest update of the anime that we have so far. Let’s find more about the love triangle between students after the first episode releases. Don’t miss the upcoming episode since Naoya’s secrets and how he proposed to his girls will get revealed. We will find which girl will get the most love from Naoya soon. Let’s look at the updates of Girlfriend, Girlfriend first episode below.

Also Read:  What To Expect From Higurashi When They Cry SOTSU?