Gianni infantino net worth in 2021

In this article, we cover Gianni Infantino net worth. Just how rich is the FIFA president? Five years ago, Infantino got elected into the top ranks of football’s governing body. Infantino is a Swiss-Italian lawyer, and he became notoriously famous after Sepp Blatter’s demise in the FIFA corruption scandal. While also involved in scandals, Gianni Infantino remains at the top of FIFA’s game. Prior to his tenure at FIFA, he was doing wonders in UEFA. With UEFA, the Euro Cup —just recently won by Italy— expanded to twenty-four teams.

Gianni Infantino’s net worth rounds about US $1.5 million. Way less than Sepp Blatter’s fortune. But that’s just his salary. You see, one of the perks of ruling over world football is not paying for many of your expenses: Clubs and football associations pay for those expenses out of someone else’s wallet. Infantino is no stranger to this practice. And he’s good at it. Because Gianni survived a probe on the 2018 and 2022 World Cup host bribe controversy.

Gianni Infantino Net Worth: How Rich is The FIFA Topman?

Gianni Infantino net worth goes for about US $1.5 million. But don’t let that number fool you. His net worth is an enigma. For one thing, Gianni never pays for his transportations expenses. And when he’s really liberal with the gifts and amenities he constantly gets for handling FIFA, he spends big on all sorts of things, from his US $1000 suits, beds, flowers, and exercise equipment for his house. And the funny thing is that he never gets a slap on the wrist for it. You see, self-governing bodies are controversial. With guys like Sepp Blatter —who can’t justify their lavish lifestyle with legitimate sources of income—as his predecessor.

What stops Infantino from becoming the next Blatter? Nothing but faith in institutions. The Blatter corruption case was so huge and the response was a slap in the face for the public. FIFA has a regulation problem no sane person well versed in the world of corporate governance would solve with a keynote and an ink pad. But with all its troubles, football is a sport, and it moves on. It moved on from the COVID spike. But let’s get back on the Gianni Infantino fortune case. Besides his transportation and lodging, Gianni gets US $2040 dollars a month just for the kicks of it.

It’s not a soccer fan whim questioning the Gianni Infantino net worth. It’s way more than just sheer celebrity curiosity. A guy that never pays for his expenses in the modern world. And being the same guy whose name also appears in the Panama Papers shell company scandal is no credit either. Infantino cut his teeth at many corporate governance bodies within FIFA. Given the human rights abuses in Qatar and Russia, what’s stopping Gianni Infantino at the helm of FIFA from conducting business with money launderers and known racketeers? It’s an honest question that requires an honest answer.

Any man who can go around the world getting free food, transportation, and lodging holds an amazing power. Corruption in sports is way more than just illegal betting with the neighbor’s WhatsApp circle-jerk. It encompasses all sorts of financial frauds and crimes for which these lines can only briefly mention. The problem with big organizations is that they get to be too big to fail. It happened with the banks during the 2008 financial crisis. It happened with FIFA. And sadly, we get to see other sad aspects of this phenomenon across all disciplines in sports.

Gianni Infantino Gets Lax Travel Restrictions Like All Football Executives

This weekend Europe and CONMEBOL had their Cup tournaments. And guess what Gianni Infantino did? He was at both ceremonies. Now that’s a luxury a mortal would never get. Not only does Brazil remain red-listed as a travel destination, Infantino got to travel with his entourage to witness the Argentina v. Brazil final, only to travel back to England to watch the Euro 2020 final in Wembley, where Italy beat England National Team in a dramatic penalty kick shootout. Vaccination passports and travel restrictions work are equal for everybody. Am I right?

It turns out Infantino and football top-notch executives get the royal treatment by English regulators. English authorities give football executives travel restrictions so lax —to and from countries with a massive death rate— that no member of the government gets. So the question remains: How much power, the societies, are willing to give a few people out there for the sake of our entertainment? Behind those exciting games, there are broadcasting and streaming rights, property taxes, betting rounds, contracts, and an entire economy buttressed on our entertainment. 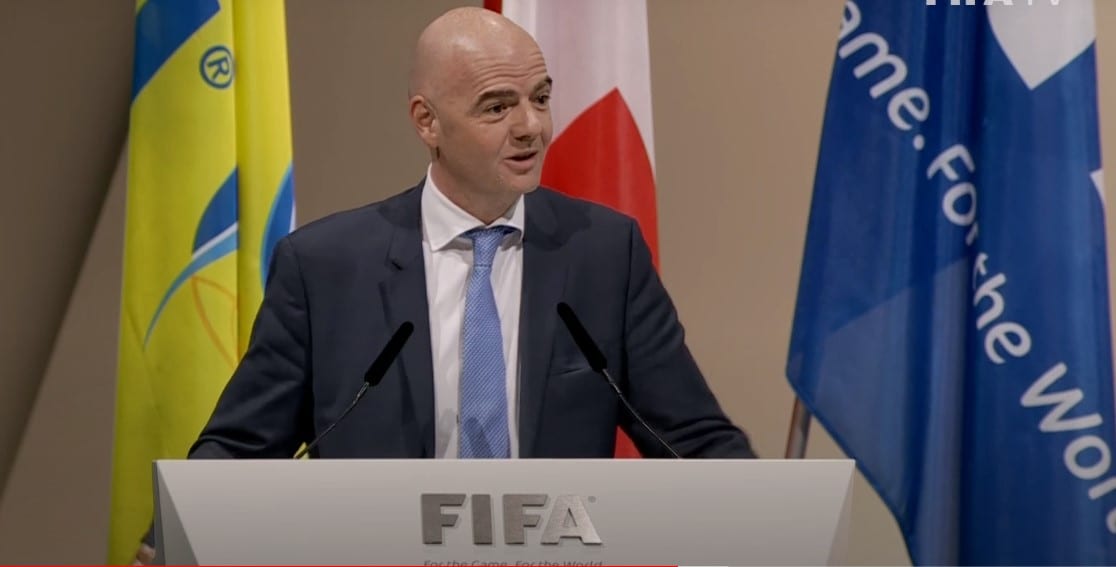 All suspicions aside, to wrap this up. Gianni Infantino is a successful lawyer in charge of FIFA, football’s world governing body. Infantino rose to notoriety after his work as UEFA boss and his work in regulatory affairs and corporate governance jobs. Despite his prominent profile, Infantino is no stranger to controversy. He managed to escape all accusations of wrongdoing. Much of his criticism arises from the ways, shapes, and forms in which we perceive wealth and how we react to big corporations using their power. All in all, Gianni’s work for football is notorious, and he got to watch two finals on two different continents!