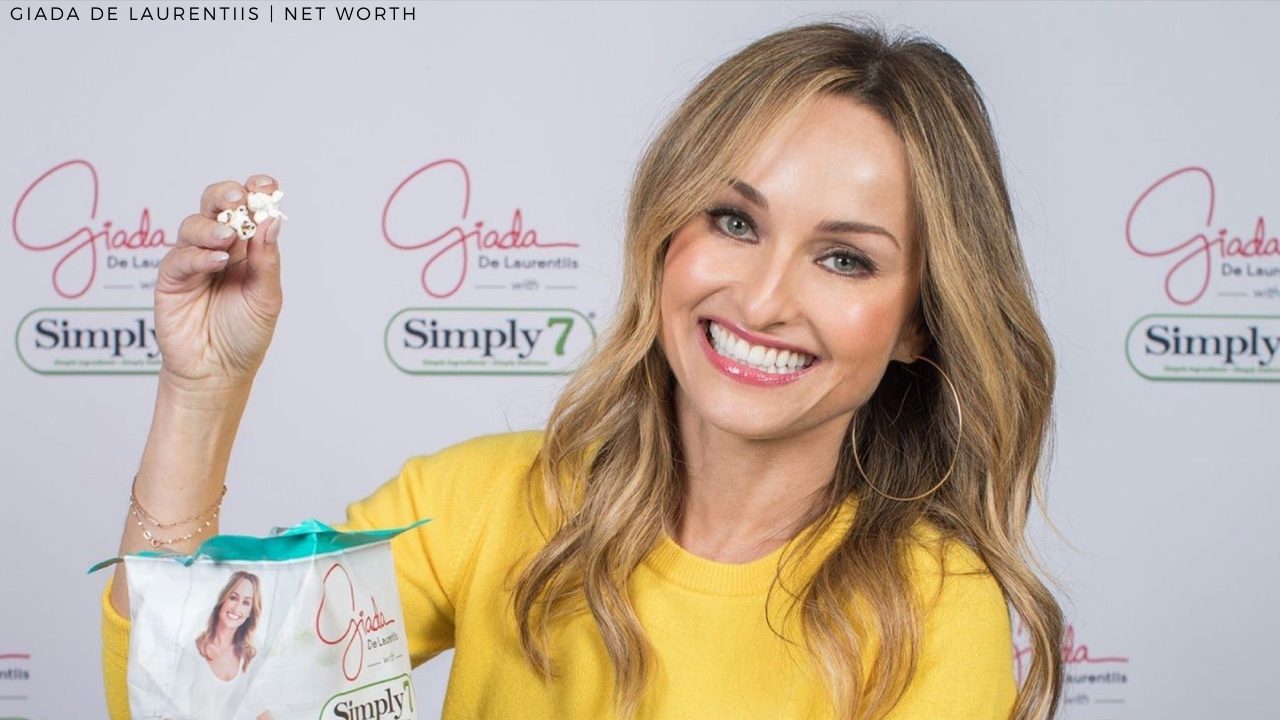 The Italian-American chef named Giada De Laurentiis calls herself a chef, an author, a restaurant business owner, and a mother. She has been the proud recipient of Emmy awards and is also a television personality. Giada De Laurentiis has been associated with shows and networks such as Food Network’s Everyday Italian, Giada’s Weekend Getaways. Besides other shows that are mostly in her name include Giada In Italy, Giada Entertains, Giada at Home, Giada’s Holiday Handbook, Giada In Paradise, Giada On The Beach. She was also one of the jury members on Food Network Star and also the show Winner Cake All.

The Emmy-winning Television personality Giada De Laurentiis was also a contributor on NBC’s Today Show, But how much is the star worth? Has she any other business besides being a chef on TV shows, and how many books has she written about cooking? All of these things will contribute to the net worth of Giada De Laurentiis. Let’s find out below.

Giada De Laurentiis was born on born on August 22, 1970. She is in Roman by birth and is the eldest daughter of famous Italian actress Veronica De Laurentiis and the actor-producer Alex De Benedetti. Her parents have divorced shortly after, and she spent a huge amount of time working at her grandfather’s restaurant, namely the DDL Food show. As an adult, Giada De Laurentiis was deeply interested in cooking and knew it was her true calling. Initially, she attended the University of California, based in Los Angeles, and earned her bachelor’s degree in social anthropology in 1996. But her true calling always lay in culinary sciences. Thereafter, she enrolled in a cooking institute in Paris, and the rest they say is history.

The star power of Giada De Laurentiis goes beyond cookery shows and travel shows. She owns her two successful restaurants in Los Angeles. They are GIADA and Pronto by Giada in Las Vegas, besides she also has an Italian restaurant that goes by the name GDL Italian based in Baltimore. Giada De Laurentiis’s successful chain of restaurants frequently serves her hit meals from her best-selling books. More of Giada’s achievements include authoring nine New York Times bestselling cookbooks. Her most recent book to come out was Giada’s Italy.

Giada De Laurentiis has also authored children’s book series and adventure books. They are named Recipe for Adventure. In the year 2017, Giada launched the twin lifestyle and e-commerce platform which goes by the name Giadzy.com. This website has recipes, travel tips, her anecdotes, life lessons, travel videos, her highlights, video, and a range of her kitchen tools and appliances. Giada is the most successful chef in the world of the cheffing business, and it is, therefore, obvious her net worth isn’t one that’s likely less or minuscule. Let’s find out below.

The writer & TV personality Giada De Laurentiis is currently valued at 30 million dollars. Giada De Laurentiis, the Emmy award-winning superhero chef personality, received her culinary training from Le Cordon Bleu in Paris. Her skills and expertise in cooking aren’t only limited to the kitchens of her restaurants of the sets of Food Network, but she has been successful thus far in launching her business outside the states.

Giada De Laurentiis has a unique Italian-American background, so it is obvious that her cooking is mostly influenced by Italian methods, recipes, and ingredients. Her famous fishes include Pasta Primavera, Cordon Blue Chicken, Pesto in Pasta, and so forth.

There is every reason as to why she has accumulated that kind of wealth. Her business is spanned far and across the United States, but besides that, her star power and her name are enough to get the brand selling. Over the years, she has sold numerous brands such as Simply 7 and has also been the face of various commercials on networks across the United States.

Also Read: MasterChef US Winners: Where Are They Now?

Sonya Curry Net Worth: How Much Does She Earn?