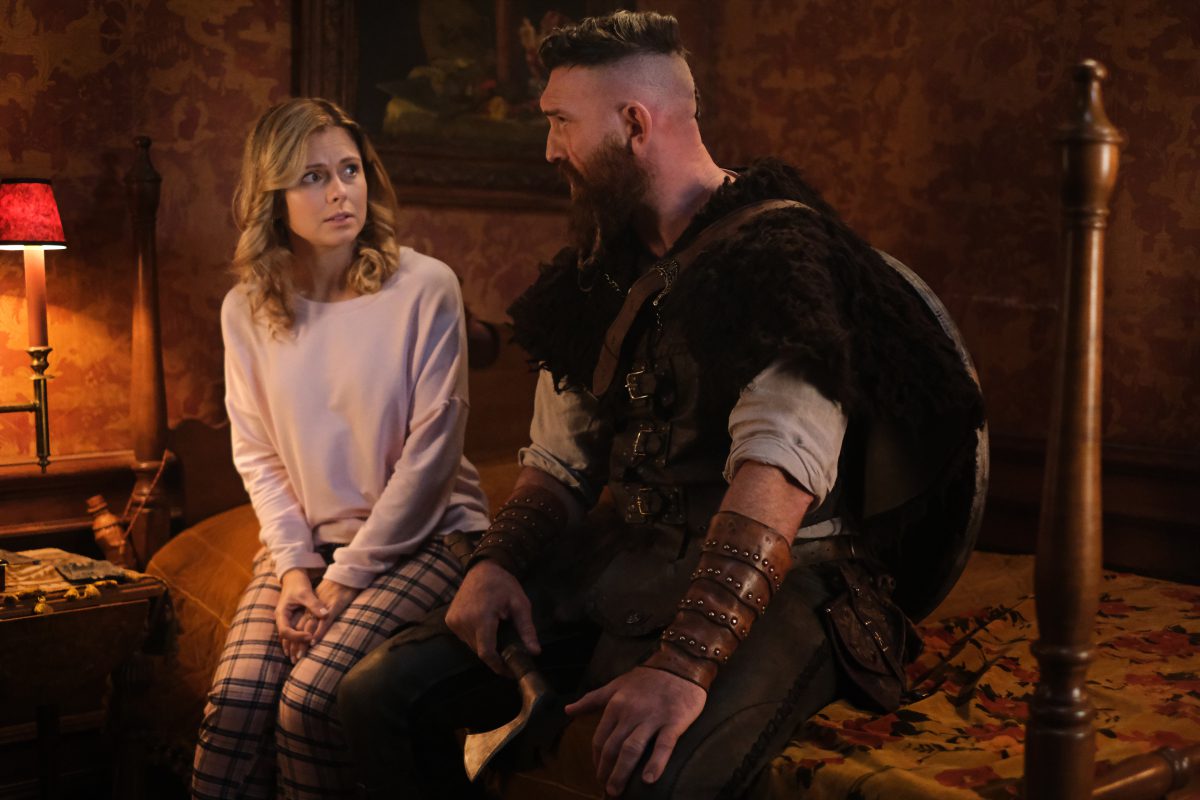 Ghosts demonstrate that this comedy is a master of its craft when it comes to storytelling. Ghosts Season 1 Episode 14, “Ghostwriter,” deftly navigates its numerous storytelling possibilities, including thoughtless pranks, feminism, and significant ethnic representation. It’s great to know that Lenape language consultants and professionals contributed to the success. That’s what’s so fantastic about this sitcom: the story’s realism is matched by the ghosts’ breathtaking ridiculousness.

Ghost Season 1 follows the story of Samantha and Jay, a couple living in a tiny New York apartment, who inherits an old home that is haunted by the ghosts of various people who died on the property over a thousand years. The ghosts go to considerable efforts to keep Samantha and Jay from opening a bed and breakfast, fearing frequent disturbance and the chance of being walked through by the living. They do, however, mistakenly lead Samantha to fall down the stairs and nearly die after a failed haunting effort. She regains her capacity to see and hear them after reviving.

Sasappis finally gets to explore his heritage as a storyteller, reiterating why the Lenape icon has been a hidden weapon since his initial appearance on screen. It’s smart of Ghosts to match Sam and Sas up and then focus on their common quest to impress their parents. The presence of Román Zaragoza’s real-life father, Gregory Zaragoza, further anchors this history in real-life father-son feelings. When it matters, his final storytelling montage covers a lot of ground for the character. A well-timed musical montage gets people emotional, and Ghosts takes advantage of this. 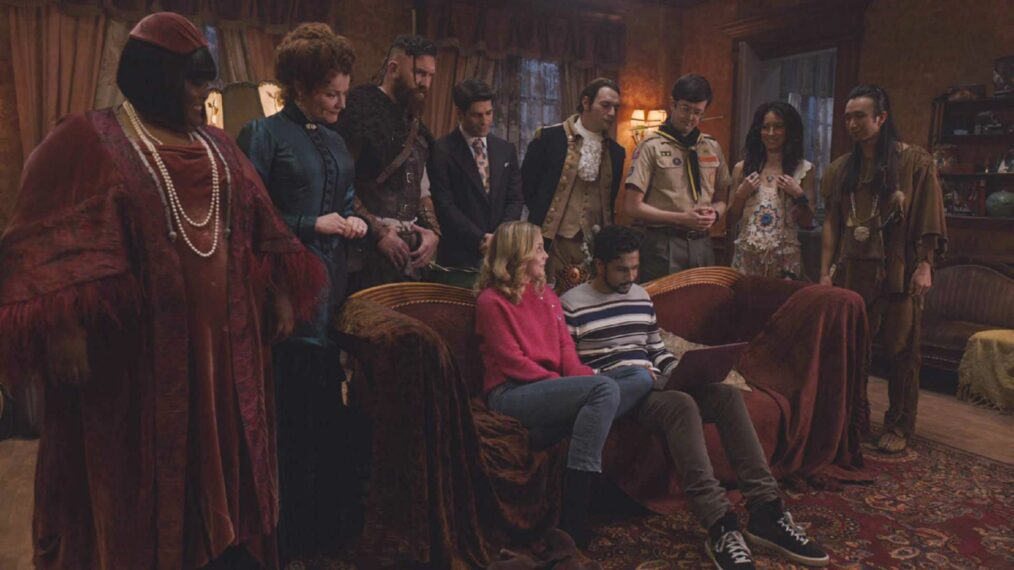 Sasappis’ past, if anything, provides this episode justification to cast his uglier inclinations in a new light, one that makes us appreciate the depth Zaragoza brings to this part and the poignancy his sassy character is capable of. This episode discreetly illustrates how harmful Sas’ gift would be if he utilized it for nefarious purposes. Sas, on the other hand, keeps his master manipulating abilities to a minimal and nails those legendary one-liners, a happy medium for everyone.

In true Ghosts form, the plot draws on the entire cast to keep a consistent stream of humor coming. This jam-packed formula has never failed to make us laugh, and there’s always someone around to do so. Jay comically confesses that he is so anxious that he wears a bathing suit in the shower because he thinks spirits are monitoring him. Even better, Alberta points us that the suit has cute little duckies on it, confirming Jay’s concerns while also making us laugh uncontrollably.

I want to feel sorry for Jay, but we benefit from his ghost-related trauma. The Ghosts have clearly benefited from having access to the full lineup. This is especially obvious in quieter group moments where everyone is talking about something dull like basketball. As the rest of the party watches in disbelief, they each make an obscure allusion regarding the issue that only they find amusing. It’s a unique style of dialogue, but the cast pulls it off with ease.

Ghosts is an American television sitcom that premiered on October 7, 2021, and is one of the most popular. When will the next installment, Episode 15, be available? On March 3, 2022, Ghosts Season 1 Episode 15 will be released. In Ghosts Season 1 Episode 15, “Thorapy,” we see Sam enlisting the services of a therapist to help Thorfinn when she hears that he’s been having night terrors. Ghosts has a habit of outdoing itself! Of all, even if you’re a ghost, this whip-smart, loving comedy will weave reminders that mental health is vital into its stories. 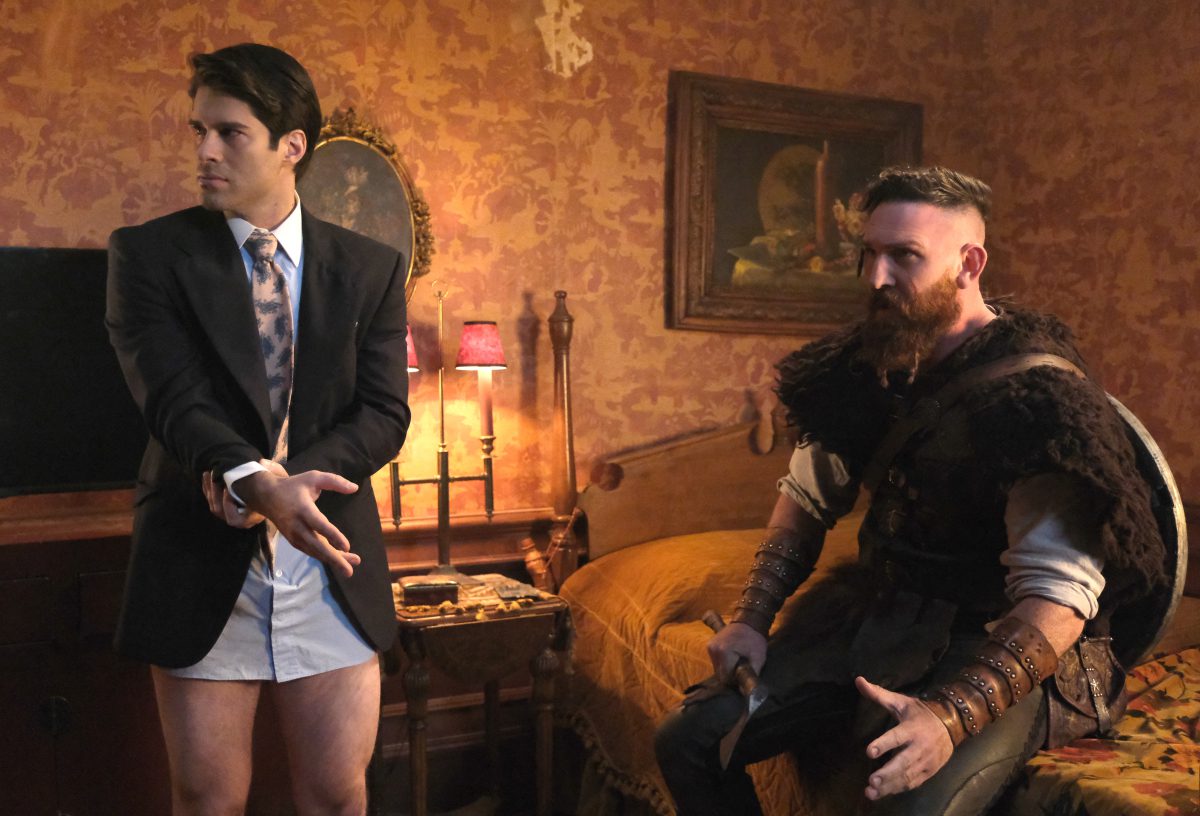 Despite this, it maintains a strong sense of humor. It’s amusing not only that ghosts can sleep at all, but also that they can sleep long enough to experience night terrors. It’s also humorous how everyone finds out about Thorfinn’s night terrors. Sam and Jay’s B&B is rapidly taking shape, and they will undoubtedly require additional rooms to accommodate any visitors. So, in order to clear up space, Sam and Jay had the spirits bed together, pushing them even closer together.

Ghosts, which airs on CBS, is available to all cable subscribers. Among the live TV streaming providers that carry CBS are Fubo TV, Hulu with Live TV, and YouTube TV. Subscribers to Paramount Plus, which costs $9.99 a month and includes a live broadcast of their local CBS station, may also watch the show live. The most current episodes of Ghosts will be available to all customers ($4.99 and $9.99) on the streaming service the day after they air on broadcast, making it a viable option for watching Ghosts on demand.

Also Read: Movies That Are Similar To Fantastic Beasts