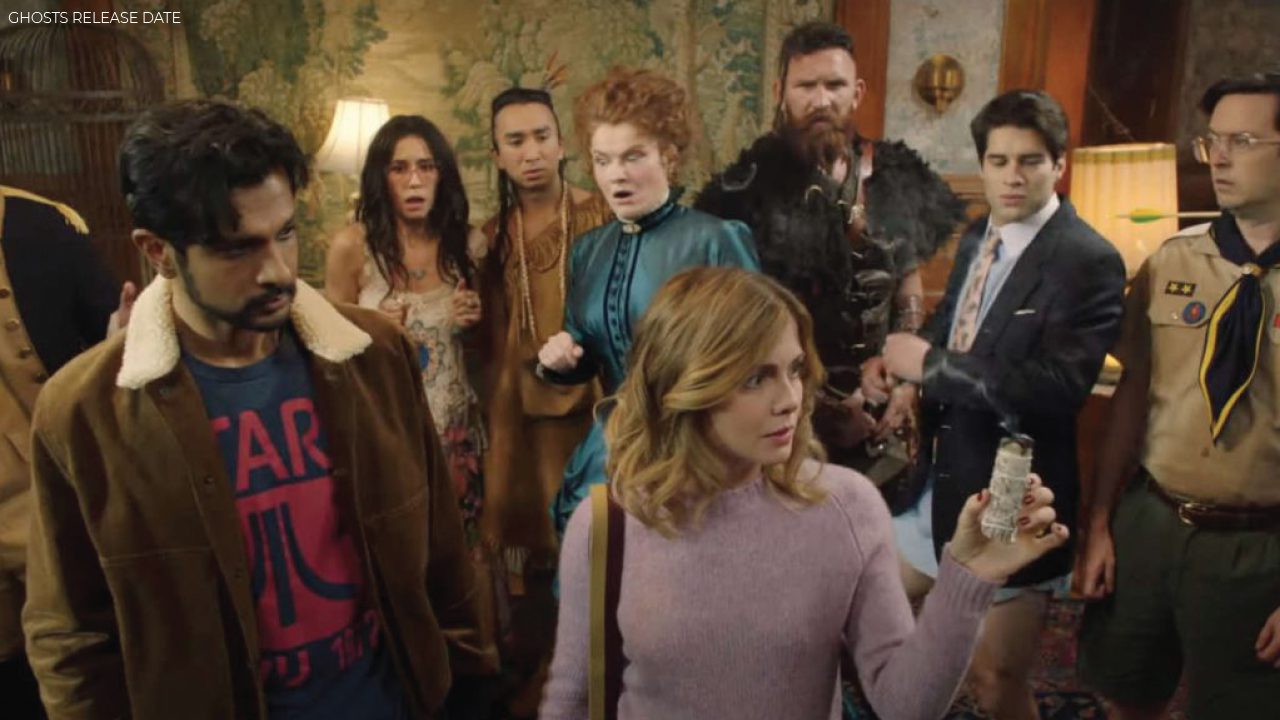 What do you know about the Ghosts release date? What to do when you end up owning an isolated country estate? Well, network giant CBS might have an answer to that, and it is hilarious! CBS is bringing home a unique spook show that will make your fall season a little more interesting than ever! The upcoming show is the American version of the hit BBC sitcom Ghosts. So, get ready as a unique group of high-spirited ghosts is ready to welcome you to this huge mansion!  The CBS show will revolve around a couple who inherits an estranged mansion only to realize that they are not alone there! Some ghosts in the mansion even throw shade and have a good sense of humor!

Brand new series Ghosts revolves around a couple who buys a huge country estate and comes up with some innovative ideas! However, fate has other plans as the mansion turns out to be haunted! These ghosts are not your average spirits as they have some unfinished business that they want to finish soon! From a Vikings explorer to a lounge singer, these eccentric spirits are a whole lot entertaining! Let us take a look at all the details about the Ghosts release date.

Ghosts (2021) Release Date: All About The Brand New CBS Show!

Ghosts arrive on CBS on 7 October 2021. The mansion is owned by Samantha, played by Rose McIver, who is a freelance journalist, and Utkarsh Ambudkar portrays up-and-coming chef Jay in leading roles. Lead star Rose Mclver says that this show is about understanding the people with the whole you are spending a lot of time nearby, which is quite relatable given the last year. As the lead actress assures fans, it is going to be a fun ride! 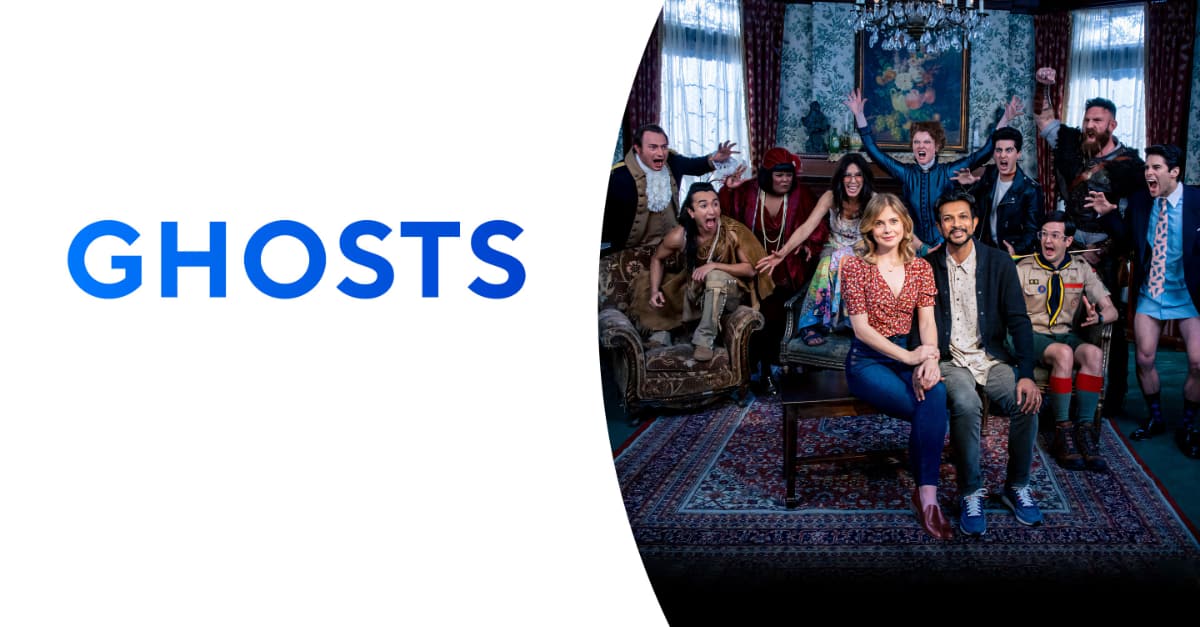 Ghosts: What To Expect From The Brand New Horror- Comedy Series?

This group of eccentric ghosts is a unique bunch! This group of spirits includes pompous 1700s militiaman, wife of a baron, sarcastic ghosts right from the 1500s, sleazy politician, a well-dressed scout troops leader, and a Viking leader, and a lounge singer as well. We also have someone who turns out to be Samantha’s ancestor! As the trailer suggests, you are not alone in this mansion! Have a little sneak peek into the upcoming show to enjoy a spooky ride. Have a look at it here!

These spirits are horrified when they discover that their home is being converted into a hotel, and they surely don’t want that! While being disturbed by the overwhelming crowd, these long-lost spirits come up with an elaborate plan to tackle the situation! Things take a complicated turn when Samantha, after a life-threatening accident,  gains a superpower to see and hear dead people, and well, the mansion is full of them! While Samantha struggles with her newfound superpower, Jay thinks she might have suffered from some brain damage! Some ghosts are looking dapper in their old clothes as they cannot really change from the clothes they died in!

Co-Creator Lawrence Rickard Opens Up About The Changes In The American Version.

While talking about the American rendition of the horror-comedy series, co-creator Lawrence Rickard explained that the US showrunners Joe Port and Joe Wiseman had been creative and ever about the changes they have chosen to make in the upcoming CBS series. 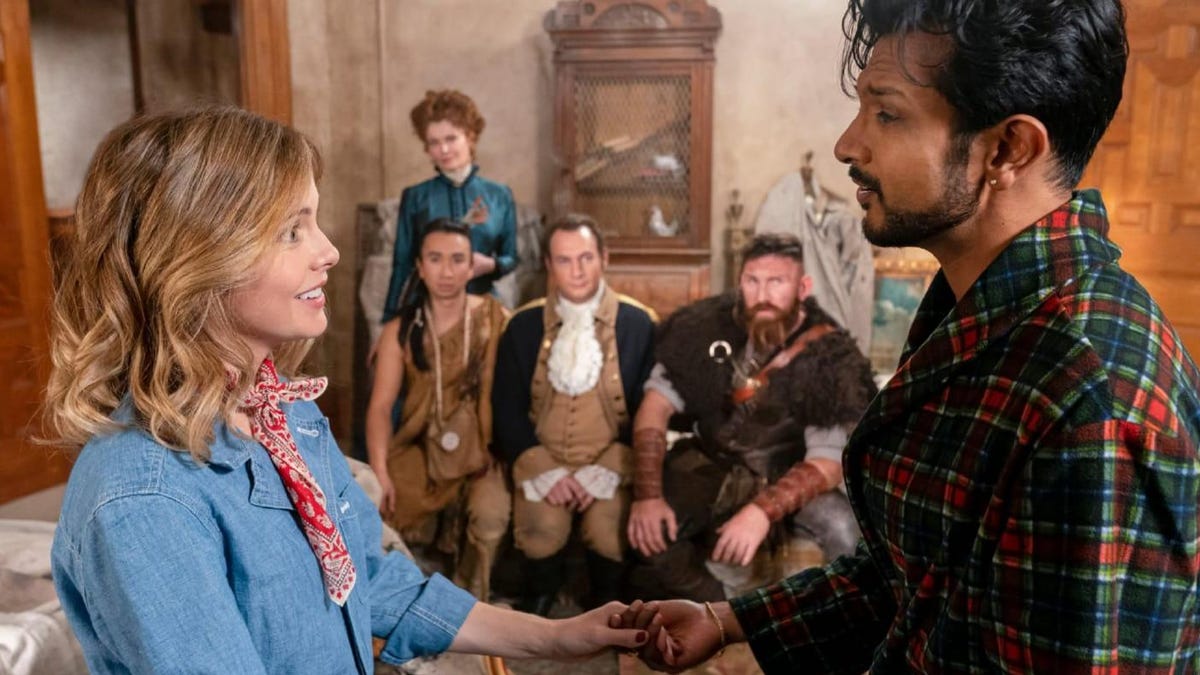 As Rickard explains that a lot of the character dynamics are the same, however, the showrunners have changed where those characters come from geographically and their point in history, which would be an interesting change in this American rendition. While the BBC sitcom is a huge hit, we are excited to see how this American version turns out to be. While sooner of the characters have been repeated, there are a few additions that will make it an interesting version altogether.