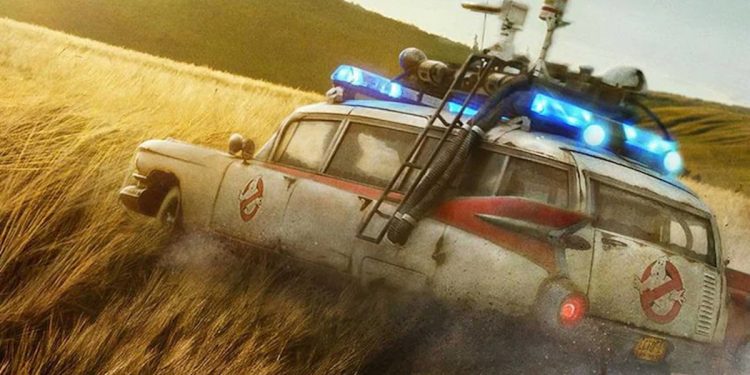 Ghostbusters: Afterlife was released back on November 19, 2021. It got quite a lot of traction as the fans of the original movies were very excited about the new movie. It is an American supernatural comedy film directed by Jason Reitman, son of Ivan Reitman, who directed the original movies written by Gil Kenan and Reitman himself. The film is a sequel to Ghostbusters 1 and 2. The movie grossed over 191 million dollars worldwide, with a production budget of 75 million dollars. Ghostbusters is known for its comedy and CGI. Even back in the day, the original films have a knack for pleasing their fans. In the latest rendition, that is, Ghostbusters: Afterlife, we saw two end credit scenes that left fans wondering what it meant for the future.

As we discuss that, the plot for the new movie too left the viewers happy and satisfied with the movie, and they are eagerly awaiting the next one. This is why fans of the franchise were happy to see the two end credit scenes, the second of which gives us hope of more movies to come.

Also Read: Where is Stardust filmed? Where was the movie shot?

The film takes place 32 years after The Ghostbusters defeated Vigo the Carpathian. They have now disbanded after supernatural activities declined in New York City. After they had disbanded, Egon moved to Summerville, Oklahoma, where Ivo Shandor had mining operations. When he captures a beastial entity from Shandor’s mine, and the trap fields capacitors fail, he hides it under his farmhouse. Shortly after which he suffers a fatal heart attack. He leaves his farm to his daughter, who moves there with her family after being evicted from their Chicago apartment. They all begin to adjust to their lives in Summerville. Trevor meets a carhop and gets a job at the drive-in. Phoebe makes friends with Podcast, and Callie later begins dating Gary.

Phoebe discovers the house is haunted when she encounters a ghost, and Trevor finds and repairs the Ecto-1. When Lucky takes Trevor to an old mineshaft with her friends, they encounter a Phantasmagoria. When Phoebe shows a ghost trap, which she was led to by the spirit which haunts her home, to Podcast and her teacher Gary. He tells her that he is a fan of the Ghostbusters. He also tells them that the town has been experiencing a lot of earthquakes even though it is not located on a fault. They release the entity in the trap by mistake while analyzing it.

The ghost haunting the farm then leads Phoebe to the storm cellar, where she finds all her grandfather’s old equipment. When she and Podcast test the equipment, they encounter Muncher, an Extremotrophic ghost that escapes. Phoebe then tells her brother that their grandfather was a ghostbuster, and they recapture Muncher but get blamed for all the damage caused by him and get arrested, and their equipment gets confiscated. They then call Ray Stantz, played by original cast member Dan Aykroyd, for help.

Trevor, Phoebe, Podcast, and Lucky then find an interdimensional portal in the mines with some of their grandfather’s technology hindering Gozer from escaping. They discovered that it was Gozer’s repeated attempts to escape that were causing the earthquakes. Gary and Callie are now possessed by two entities, and one of them makes Gary destroy the Proton Cannons, which then allows Gozer and Shandor to escape, the latter of which the former kills. The children then don the original jumpsuits and retrieve the gear to enact their grandfather’s plan. But as they lure Gozer back to the trap-field, it malfunctions again. The Mini Puffs sabotage their equipment.

Just when the situation seems completely dire, Ray arrives with Dr. Peter Venkman and Winston Zeddemore, played by Bill Murray and Ernie Hudson, respectively. They eventually help the children in defeating all the monsters, and Zeddemore takes the Ecto-1 back to New York City.

There are two end credit scenes after Ghostbusters: Afterlife. The first one shows us how the past turned out, and the second one shows us what the future may hold. In the first one, we see Peter and Dana, played by original cast member Sigourney Weaver, playing cards. This is the more humorous of the two scenes. It is a good Easter egg for the fans of the original movie as they see that the beloved couple is still together and happy. As fans of the franchise may know that the two got together for the first time in the 1984 movie. In the 1989 sequel, however, they were shown as broken up. But it seems that their second shot at a relationship was majorly successful, and this brings some nice closure to the fans.

The second scene begins with some deleted footage from the first 1984 movie, Janine Melnitz, played by Annie Potts, giving Egon a souvenir medallion from the 1964 World’s fair. We then return to the present, where Janine is holding the other medallion reminiscing about Dr. Spengler. We then see her with Winston, who has done very well for himself indeed, as Ray mentioned. We finally see Winston walking through the old firehouse, thinking about the good old days and maybe a future for the place. However, he does not realize that the ghost containment unit is on in the basement, and it looks like something is trapped in it.

Also Read: Blue Valentine Ending: What Happened to them? Will They Get Back Together?

The Cleaning Lady Season 1 Episode 3: Will Thony Blow Her Cover?