The fantasy medical drama series ‘Ghost Doctor’ is all set to hit the screens with its first episode. It is one of the most anticipated drama series. 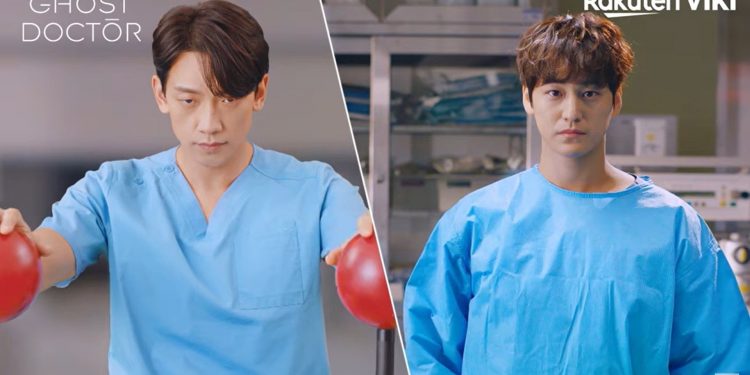 The fantasy medical drama series ‘Ghost Doctor’ is all set to hit the screens with its first episode. It is one of the most anticipated drama series of this year, and with bidding 2021 goodbye, we are going to get something to hold to. Directed by Boo Sung Chul, the show has built up a very impressive fanbase, and we are sure that the drama series is going to see thousands of viewers with its debut. There’s a lot to look forward to, and we can’t wait to see the reaction of all the viewers out there.

Portraying the genres of medical, fantasy, and supernatural, the drama series has been penned down by Kim Eun Hee. Both the crew and cast members of the fantasy series are well-known names of the South Korean entertainment industry, and thus, the expectations from all of them are really high. With the regular release of updates and snippets from behind the scenes, the series has managed to get each of its viewers pretty well engaged.

On the daily basis, the series has successfully bagged the headlines of every potential media channel. With the buzz going around, the show has earned a good position on the list of K-Dramas.

Here, we have summarized all essential details about this upcoming drama series. Therefore, let’s have a look quick look inside.

The tvN drama series is going to release its first episode on January 3, 2022, at 7:00 PM. The wait is going to be over soon, and all the fans out there will have the much-awaited drama series on the screens.

It is a pretty medium-length drama series with a total of 16 episodes with a running time of 60 minutes each. Every new episode will be released on Monday and Tuesday of every week. Thus, the drama series will be here to ensure that the beginning of your week is a kick-start.

The episode schedule of the show goes like this:

If this episode schedule is followed without any kinds of delays, then we will have the final episode on February 22, 2022. Though, if there are any delays, we will keep you updated about the same.

The tvN show has been limited to only a few streaming platforms. Viki is the stop for both the domestic and international audiences of the show. The most interesting part about this is that there is no need to buy any subscription. All the viewers out there can easily catch up on episodes for free.

The cast of the show has attracted the majority of the audience, and they have done a fantastic job in engaging each one of them. All the cast members are one of the known names in the South Korean entertainment industry and are globally popular for their amazing screen presence.

The protagonists of the show are Rain, who is in the role of a genius doctor Cha Young Min known for his golden hands in surgery. He has a cold and arrogant personality.

Next is Kim Bum in the role of Ko Seung Tak, who is a bubbly and bright personality born with a silver spoon. He is basically forced into this career by his mother and grandmother. He is not too honest and responsible with his duties as a doctor.

Next, we meet Uee, who is in the role of Jang Se Jin, who is a neurosurgeon and also the ex of Cha Young Min. Last on the main cast list is Son Naeun in the role of an emergency room intern Oh Soo Jung. She is someone who aspires to be a great doctor someday and has a firm belief in the existence of the supernatural in the living world.

Coming to the plot of the story then it is the most intriguing part of the show. Weaving the genre of medical and fantasy in the plot points, we see Cha Young Min and Seung Tak stumbling across each other due to a very unexpected incident. The incident leads to Cha Young Min’s body possessed by Seung Tak.

Now, the two of them are trying to figure out how their bodies will coordinate with each other; and in this process, Seung Tak begins to realize the importance of his duties as a doctor.