The fantasy medical drama series ‘Ghost Doctor Episode 4’ is all set to hit the screens. All the previous episodes of the show. 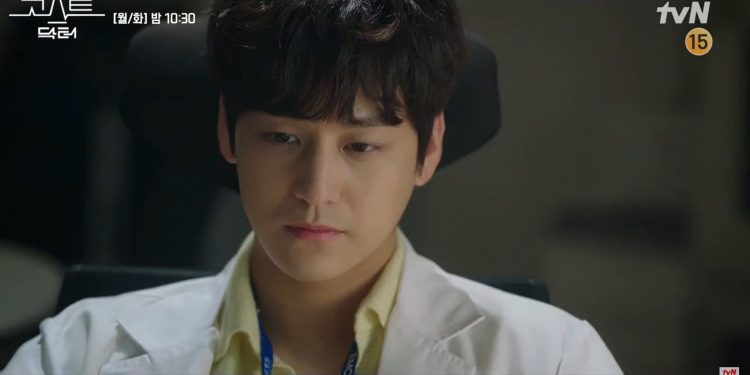 ‘Ghost Doctor Episode 4’ is all set to hit the screens. All the previous episodes of the kdrama have been really appealing to all the viewers out there, and thus we are expecting the same from the upcoming episodes too. The character developments in the previous three episodes are something everyone appreciates the show for. Social media platforms are stacked up with the same, and we can see various theories floating around the internet about the upcoming plot points of the fantasy drama series.

With now Cha Young Min’s soul possessing the body of Seung Tak, the storyline has been taken to a new level. By now, the show has attracted more than thousands of viewers not only from its domestic arena but also from the global one. Therefore, fans out there are really hopeful for the show to turn into something really intriguing as the story progresses.

Audiences out there are really eager to know about the storyline ahead, and the wait is going to be over really soon. Here, we have summarized all the details one should know before watching the upcoming fourth episode of the drama series. Therefore, let’s have a look quick look inside.

The fantasy drama series has managed to hook up the majority of its viewers to the plot. The development in the plot points happening inside is really intriguing, and the suspense is something the viewers are living for. Moreover, the character development, too, is something really appreciable, and with each passing episode, it is getting a lot better.

The first two episodes of the show have been a perfect balance of humor and drama mixed with very finely crafted out story narration. All the protagonists of the show are successfully portraying their respective characters, and that has made the story really appealing for everyone out there.

The lighthearted narrative, which is set in the fantasy world of a hospital, is an ultimate stop for all the viewers out there who are looking out for a drama series with no concern about the main characters’ fates. Here, in the series, the story pattern is easy flowing, and the characters are very intriguing.

Cha Young Min’s car crash couldn’t be considered as a mere accident. Because, as the story progressed, the viewers came to know that his car was being followed by a bike for a long time. Hence, the villain is on his track. We would definitely get to know more about this villain in the upcoming episodes of the show.

Moreover, the bromance of Seung Tak and Cha Young Min has managed to captivate everyone in a very appealing way. We are going to see more bittersweet moments between them as the story progresses.

Where to Watch ‘Ghost Doctor Episode 4’?

Viki is the most reliable streaming platform for the viewers out there for catching up on all the episodes of Ghost Doctor. Both the domestic and international audiences will need a subscription plan, to begin with, and they can choose them accordingly from the website of the platform.

Furthermore, the bonus point is for the domestic audience as they can also watch the show on the online streaming platform TVING. The platform, too, will need them to buy a subscription plan for getting access to all the episodes of the show.

‘Ghost Doctor’ Episode 4 will be released on January 11, 2022, at 7:00 PM. The upcoming fourth episode is to break down all the cliffhangers, and the viewers are going to get a clear view of the storyline ahead.

The theories and edits about the same are floating around the internet, and this clearly tells us that the fans are really excited. Many major incidents have happened in the previous three episodes of the show, and all of them have brought the story to a new and suspenseful end.

With each passing episode, the show is gaining new viewers who are now really smitten over the characters. The series has received loads of positive responses from its viewers, and we are hoping to see the same reaction for the rest of its premiere period too.

Does Evie Frye End Up With Henry Green?