The fantasy medical drama series ‘Ghost Doctor Episode 1’ is all set to hit the screens. Directed by Boo Sung Chul 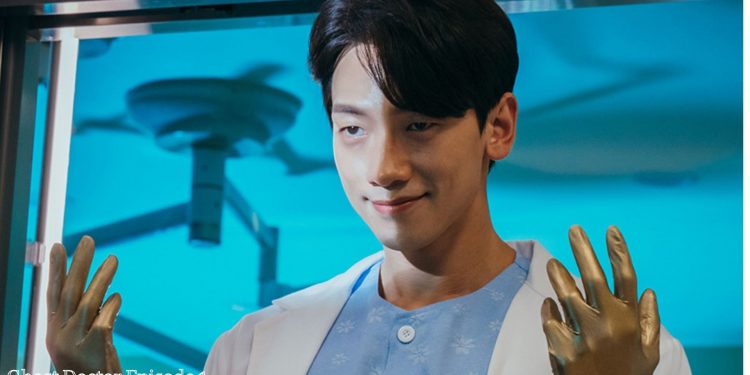 The fantasy medical drama series ‘Ghost Doctor’ Episode 1 is all set to hit the screens. Directed by Boo Sung Chul, the South Korean drama series has managed to create a huge buzz all over the internet. Therefore, the expectations from the first episode of the show have multiplied a lot.

With an amazing build-up of the plot points and engaging cast performance, the drama series has collected many positive reviews and comments. Since its trailer release, the show has gained a lot of followers, and we are sure that it will continue to gain many consistent viewers with all the upcoming episodes.

Fans out there are excited to meet the protagonists of the show and their amazing characters. The wait is going to be over soon enough, and the screens will be soon lit with the first episode of ‘Ghost doctor’. Here, we have summarized all the details about this upcoming drama series. Therefore, let’s have a look quick look inside.

The tvN drama series ‘Ghost Doctor’ Episode 1 will be released on January 3, 2022, at 7:00 PM. All the viewers out there are waiting eagerly for the same, and soon enough, it will be on the screens. The drama series has a total of 16 episodes, and each has a running period of 60 minutes. We are sure that the hour-long drama series for sure will make all of us fall in love with it in an instant. The internet and social media platforms are stacked up with all the expectations and theories about the upcoming debut episode of the show.

New episodes will be released every Monday and Tuesday, and thus, a kickstart after weekends is guaranteed. According to its airing schedule, the drama series will release its final episode on February 22, 2022. If any kinds of delay happen in between, we will inform you about them.

Where to Watch ‘Ghost Doctor’?

The streaming platform for the show is Viki. The tvN show is accessible for both its domestic and international audiences on the platform. Moreover, there is not a necessity for buying a subscription for getting access inside.

All the viewers can watch the show and all its episodes for free.

We will get to meet the fabulous characters of the series in the upcoming episode. Our medic champions will be on the screen portraying their roles and making us fall in love with all of them together. We are sure that their performance will make all the viewers hooked up with the show pretty amazingly.

Rain in the role of Cha Young Min, Kim Bum in the role of Ko Seung Tak, Uee in the character of Jang Se Jin, and APINK’s Son Nauen in the role of Oh Soo Jung, are going to be there in the first episode of the show. We, as well as the internet, are expecting a lot from all of them, and the whole social media is stacked with the same.

The supernatural events happening in the show will also make their appearance, of course, not entirely but in quick bits. Other than those, we might also get the backstory of the fantastic doctors in the show. Moreover, we can also get to see the interaction between the “golden hands” and “crappy hands”. If that happens, then we can guarantee the fun tangled with lots of chaotic moments.

Well, it will be really good to see all of them together on the screen playing their roles and giving their best.

Also Read: The One and Only Episode 5: The Growing Chemistry Between Pyo In Sook and Min Woo Chun

How to Watch My Hero Academia World Heroes Mission? Is It Available on Funimation and Crunchyroll?