Ghost Adventures Season 25: What is it About? 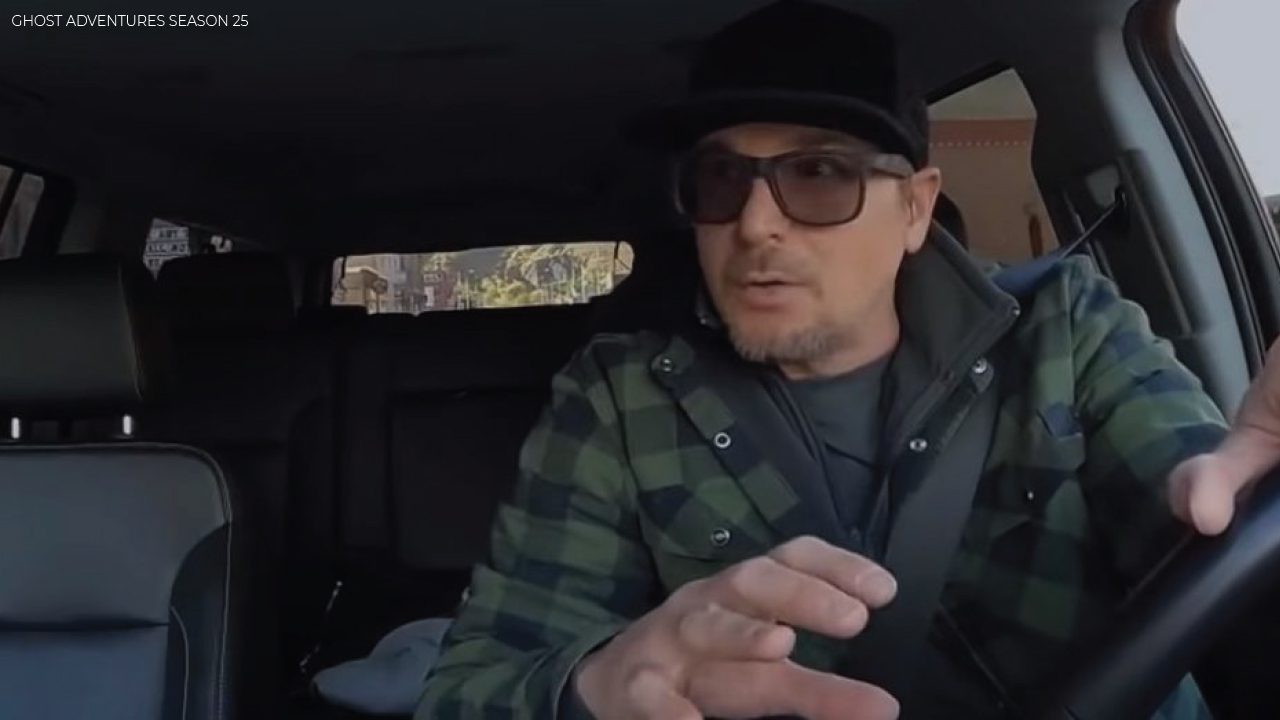 Zak Bagans (seasons 1–10), Nick Groff (seasons 1–10), Aaron Goodwin, Billy Tolley, and Jay Wasley explore allegedly haunted places to gather visual or aural proof of paranormal activity. The team starts each episode by visiting the investigation location with its owners or caretakers. Bagans’ voice-overs describing the site’s history. As well as interviews with individuals who claim to have seen paranormal occurrences, there are common in these introductions. Based on these interviews, the team places Xs with black or gray tape at the locations of claimed paranormal activity. They subsequently return to these locations to put up static night-vision cameras in an attempt to capture the event on video.

Following the walk-through, they debate their plan before being confined in the area overnight to avoid “audio contamination” and unnecessary shadows. To collect proof of ghosts, they utilize a range of technology, including digital thermometers, electromagnetic field (EMF) meters, portable digital video cameras, audio recorders, the Ovilus device, point-of-view cameras, and infrared night-vision cameras. Members may occasionally put items and yell verbal insults that they think ghosts will move or react to.

After each investigation, the video and audio gathered are evaluated, and the whole thing is trimmed down to fit into one hour. The most notable pieces of evidence discovered are then presented at the right moments throughout the inquiry, and each one is explained. Throughout the series, the crew claims to have captured and experienced a variety of Fortean phenomena, including simultaneous equipment malfunctions such as battery drain, voltage spikes, fluctuations in electromagnetic fields, sudden temperature changes (such as cold spots), unexplained noises, electronic voice phenomena (EVP), and apparitions.

The Ghost Adventures premiered on July 22, 2021, on Discovery+. Moreover, Discovery+, the streaming site that took over his long-running “Ghost Adventures” series earlier this year, acts as a gateway to the paranormal. A collection of spooky and horrific programs from across the Discovery family networks. The team also claims to have videotaped ghost possessions. Bagans claims he was possessed at the Preston School of Industry and on the Italian island of Poveglia. Groff says that a “dark force” overtook him at the Moon River Brewing Company. At Bobby Mackey’s Music World and Winchester Mystery House, Goodwin says he was “under the spell of an evil entity.”

Later in the season, the program pays a visit to former Strip star Holly Madison and her “old castle home” in the Hollywood Hills, which Bagans refers to as her “old castle.” “We got some pretty amazing evidence….” “I’m not sure whether it will make her reconsider living there,” he says. “But her home is wonderful, and she loves it. I believe she has just accepted the fact that she has a roommate whom she cannot see.” The program’s return to Virginia City, the setting of the documentary that started the series, and the location of many episodes afterward could be a big attraction for loyal viewers.

What’s next for the Ghost Adventures?

Firstly, Bagans has additional programs in the works now that he’s in business with Discovery+. Let’s talk about “The Haunted Museum,” a compilation of horror movies. Supervised by director Eli Roth that explore the stories surrounding some of the most celebre objects in his collection. “I suppose all I can say at this moment is that it’s one of the most thrilling experiences I’ve ever had.” Bagans says. “And what I’m watching right now are some of the most frightening films I’ve ever seen on any screen,” he says.

Bagans claims the 30-room Haunted Museum at 600 E. Charleston Blvd., on which it is based, exhibits no adverse effects from being closed during the epidemic. Moreover, He’s working on a new display centered on the transaxle from the 1955 Porsche 550 Spyder. In which James Dean was murdered. Which he hopes to debut in late August or early September. He doesn’t necessarily need to generate more business. “We practically sell out every day,” adds Bagans. “We have a backup line. People may come if they don’t make reservations, and if there are no-shows, we can fit them in.”

At What Time Does Netflix Release Movies?

Who Is The Real Indian Dad On TikTok? His Identity Revealed